Being born in the first wave of the video game generation, i.e. the Nintendo Generation, it is well documented that myself and the rest of my peers have a difficult time focusing for specified amounts of

Ahem. Anyways, due to having the reduced attention span of a fruit fly, I’m now having to work harder as I age to pay attention. Gingko Biloba has been helpful, as is laying off of the Red Bull. However, Ernesto Diaz Espinoza has found two methods to hold me and apply my attention: using a 70’s exploitation mash-up with a Grand Theft Auto motif, and using Fernanda Urrejola as a lead actress who’s costume consists mostly of killer boots and guns. I have a feeling that by now, I’ve got your full attention too on this matter. 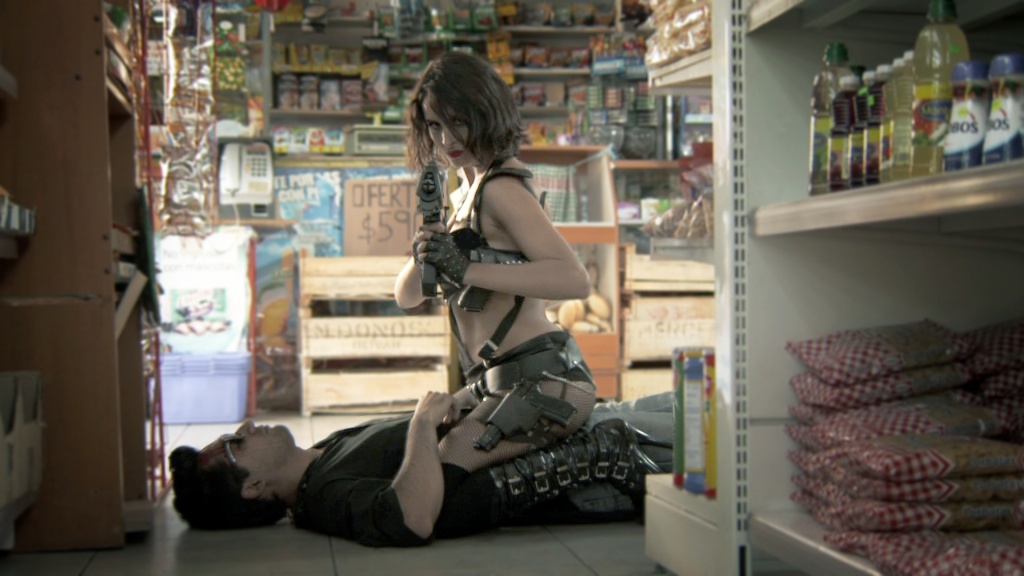 Still with me? Good.

This film centers around a loser DJ (Mattias Oviedo) named Santiago who finds himself going after a bounty on the MGW through the most bizarre social awkwardness imaginable. Actually, if this was more rife in reality, I strangely feel many of my friends would be deeply involved in the mob, and organized crime would be riddled with gamers, LARPers, and CoPlay enthusiasts leaving the Guidos and Triads shaking their heads wondering what the fuck happened and longing for the good old days of the consistent hardass and occasional stool pigeon. But I digress. Santiago has to capture his prize or all of a sudden shit is going to get realer than real and all of a sudden, the simple life matching BPM on his DJ decks is looking appealing, though the siren song of danger beckons Santiago to follow the MGW. 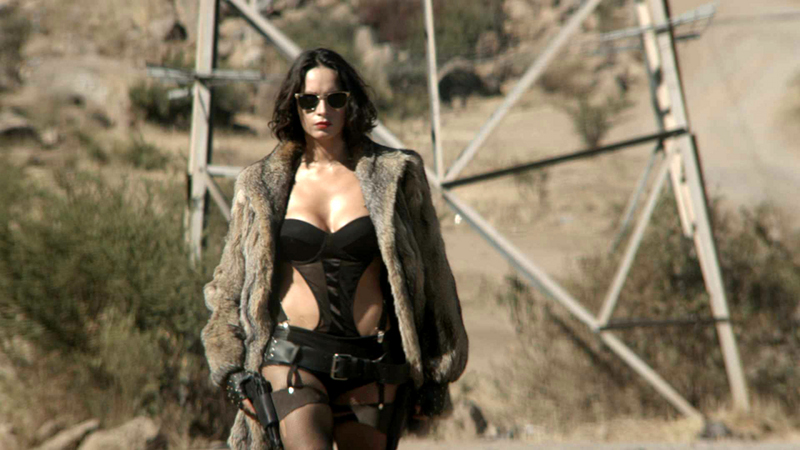 Low-budget, LXPL (aka Latin-exploitation, as self-referenced by the director himself) and not skimpy on the skin, this is pure grindhouse fun. I won’t lie, there was a bullet-removal scene which was so hot, I left a puddle in the seat. Never though digging a projectile out of flesh would be arousing, but there you go. It’s important to be open to new experiences, such as paying attention. I first saw this at Fantastic Fest in Austin, TX and then INSISTED that it be brought to Vancouver for the Rio Grind Festival. Espinoza and Urrejola both were in attendance in Austin, and addressed the audience for a Q&A after the film and shared a few insights into the making of the film, such as the surprise ending due to circumstances during filming that they ultimately wound up going with rather than the original script. It worked, trust me.

I was paying attention.