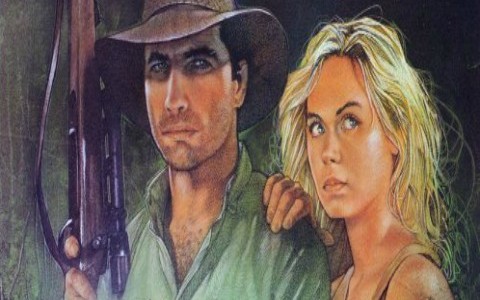 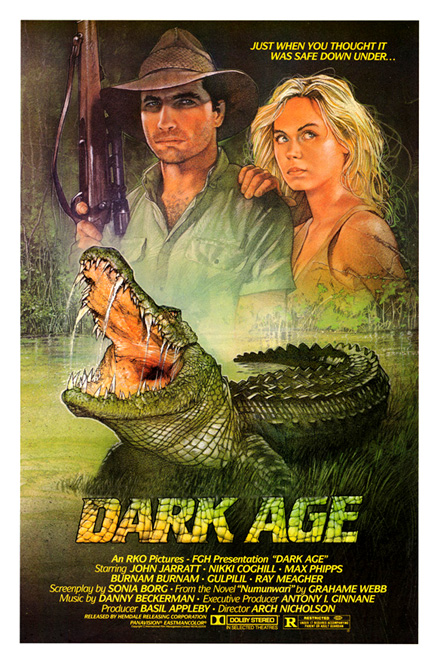 As I’m currently on holiday in New Zealand, I felt it was appropriate to watch films that include animals that could kill me, just not where I currently am. As New Zealand has, at worst, slightly aggressive sheep and Australia has the largest collection of animals that want you dead, I settled on a little Ozsploitation. In the proud tradition of CROCODILE, CROCODILE 2: DEATH SWAMKP, ALLIGATOR, ALLIGATOR 2: THE MUTATION, BLOOD SURF and others, there is DARK AGE. A proud part of my favorite horror/grindhouse subgenre (Big Animals Eating Small Stupid People) I could feel the ghost of Steve Irwin stirring as I watched this… 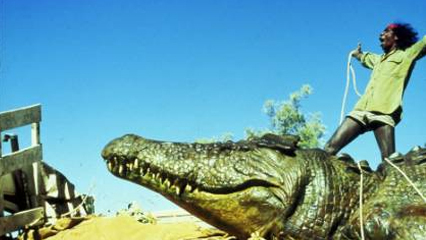 The plot consists of a giant crocodile that has been swallowing locals like chicken McNuggets and a park ranger who along with two guides are sent to upbraid the beast for his naughty behavior. However, this leviathan is revered as a god by the local Aborigines who don’t want the beast killed, thus causing some Colonial friction between the two groups. While I’m pleased to say they didn’t revert into ACTUAL Colonialism (shoot the Aborigines, shoot the croc, turn the area into a subdivision) the upshot s they actually strive to find a balance between keeping the beast as a sacred animal for the Aborigines and keeping the locals out of its digestive tract. Another twist on what turned out to be a fairly entertaining film was that during the hunt one of the two guides find they have a sacred connection to the crocodile and have a mental rapport. 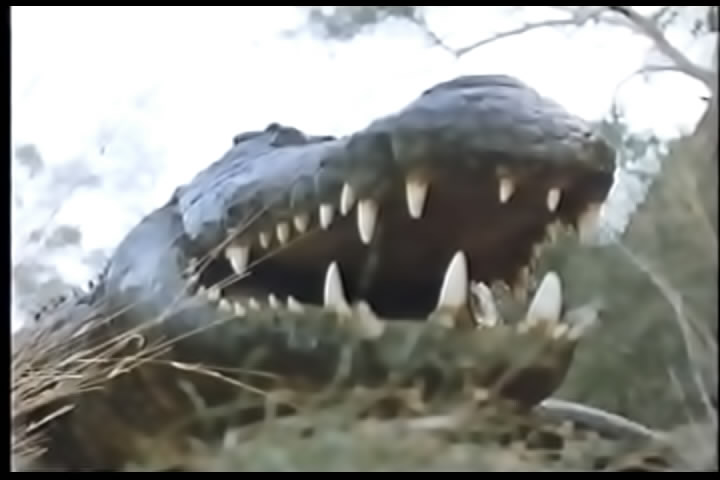 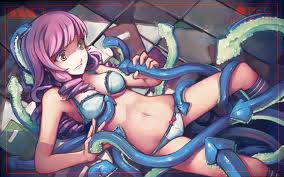 But maybe that’s getting saved for Dark Age 2: Rise Of The Tentacle.