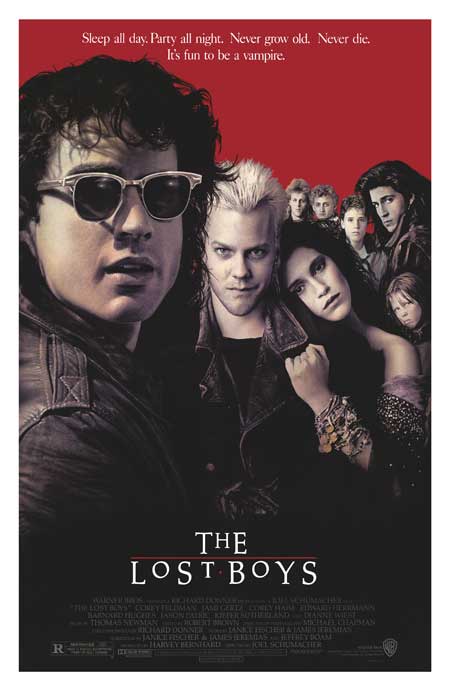 The joy of keeping company with people who are your junior in years is that you have a wealth of experience to share. In my own case, having to explain to a friend how to people my age, vampires are not of the sparkling variety. I take my job as mentor to the new generation very seriously. I have no desire to let the only things that they know about the subjects that give me nostalgia be references from Seth MacFarlane non-sequiturs. Part of that education means getting to revisit a lot of my own childhood- and early teen favourites, including my first supernatural crushes. Such is the case with THE LOST BOYS. 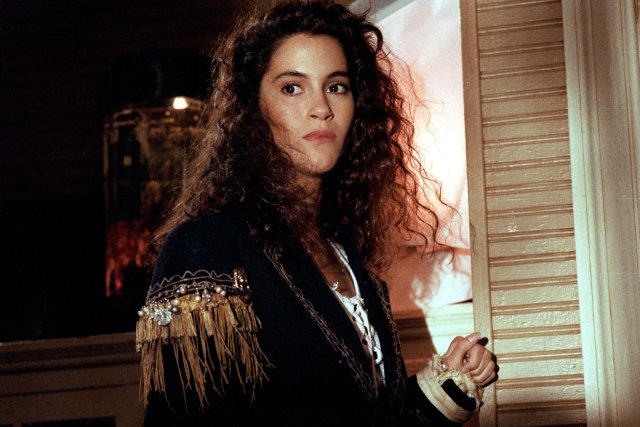 A newly single mother (Diane Wiest) relocates to her father’s house with her two sons. While she struggles with balancing being a supportive mother, as well as being the  sole caregiver and provider, the boys find themselves left to their own devices, and each one gets involved with two strange groups. The older son, Michael (Jason Patric), falls in with a group of teens who have an iconoclastic distaste for established social decorum, let by charismatic David (Kiefer Sutherland). 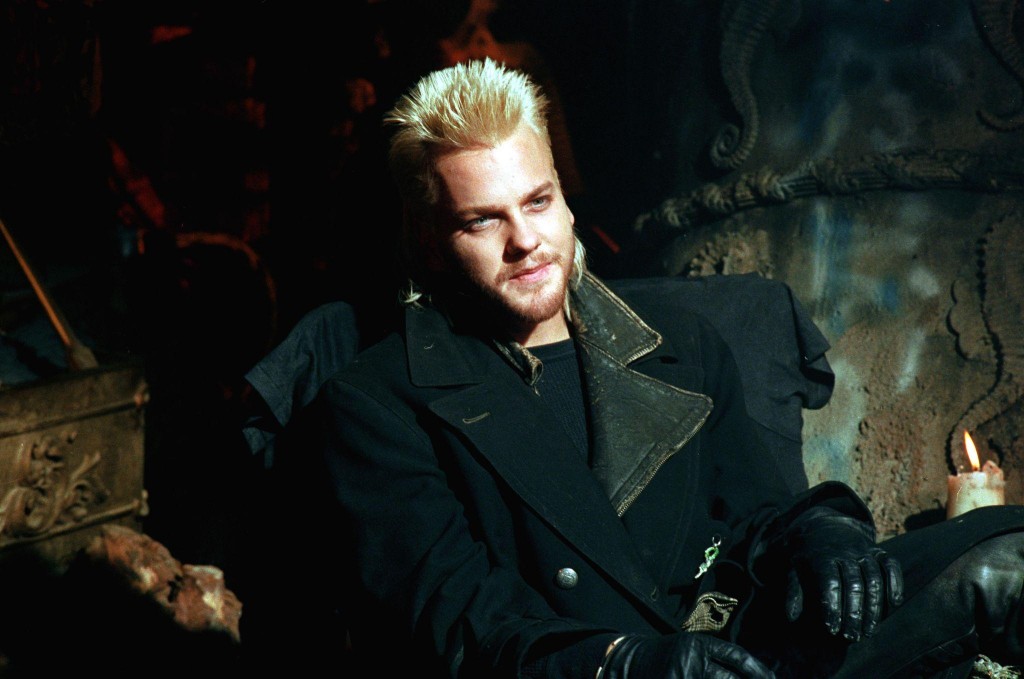 Younger brother Sam (Corey Haim) finds himself in the company of two conspiracy-theory zealots, the Frog brothers, played by Corey Feldman and Jamison Newlander. Sam and his new friends must work to find the head vampire, if Michael is to avoid the full initiation into the vampire gang, and if the family is to survive at all. 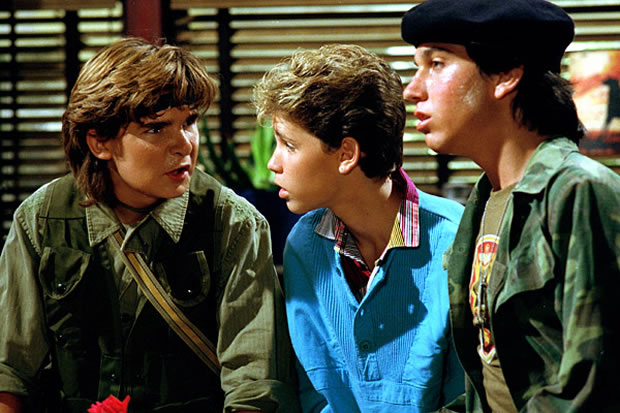 While THE LOST BOYS is neither really ever a horror or a comedy, I like where it stands, in this unclassified limbo, as it has elements of both of these genres, but is still neither, which gives it more depth than something that is played more straight up one side or the next.

With THE LOST BOYS, I can pretty much pinpoint the moment I realized I was into punk guys, although the vampiric aspect of it was of debatable attraction to me. However, as much as people thought the vampires of THE LOST BOYS were a little too pretty back in the day, I found them to be pretty macho by comparison to the more modern vampires… *cough cough* 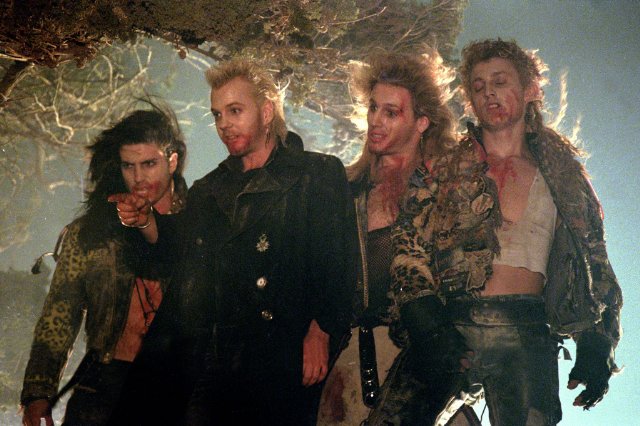 But whether it was the Billy Idol lip-sneer, or the dark humour, The Lost Boys represented something a little lost, with so many modern vampire films striving to be modern, sleek, and futuristic. This was something that felt a little more earthy, organic, and tribal, not as much TRON with fangs. Some of the aspects of the boardwalk carnival and the sunken baroque hotel were the things that whispered to me of a life that can be perpetually that entertaining, and off of the radar. 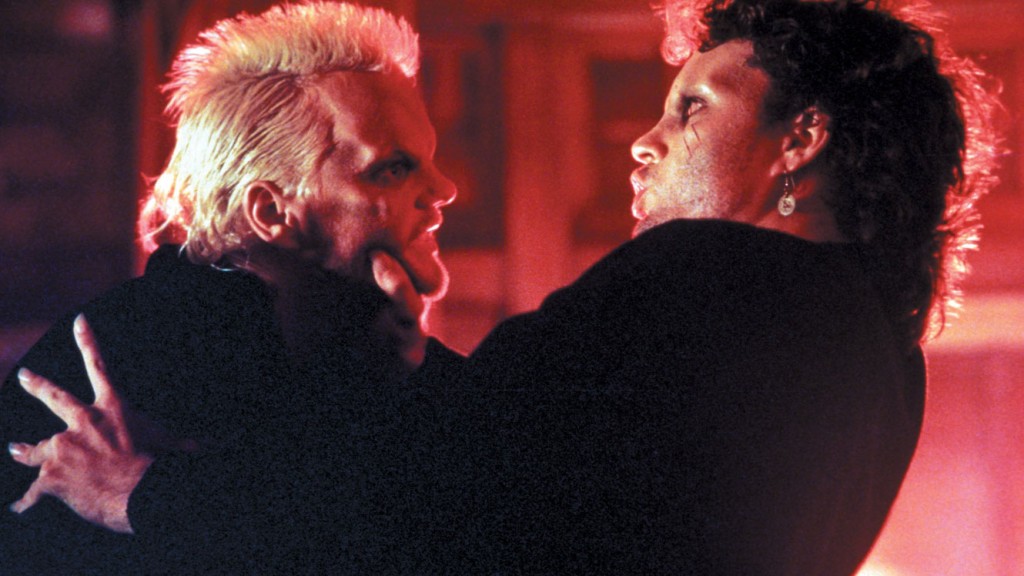 The seduction of that eternal youth and joie-de-vivre that was offered by the Lost Boys vampires seems to me the true things that dark fantasy were made of. While watching this movie today, I hope thatit  inspires the next group of fringe-dwellers with the phrase, “Sleep all day. Party all night. Never grow old. Never die. It’s fun to be a vampire.” 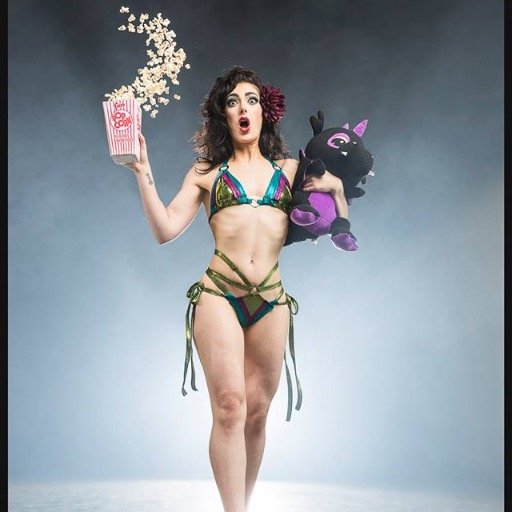 Little Miss Risk is the star of stage and scream. Her legendary burlesque performances can be seen at the wrong place at the right time across this landscape of ours. She co-starred in AMERICAN MARY, directed by The Soska Twins, and most recently starred in THE EDITOR and in THE ABCs OF DEATH 2.