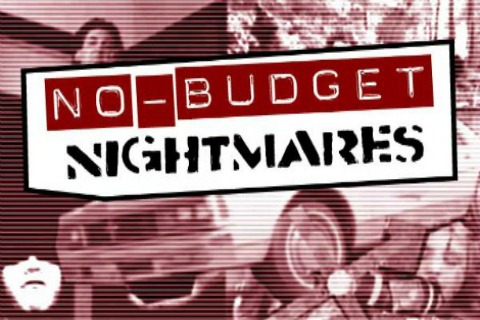 On August 20th, 2015, a draft of this review was found on a USB stick on an abandoned road somewhere in Ontario.

Found footage. Am I right?

I’m going to start by writing about THE BLAIR WITCH PROJECT, okay? I know you already know this, but it’s important to set up a little context. And, yes, I know that the found footage genre goes back much further than that — and I’ll mention CANNIBAL HOLOCAUST and MAN BITES DOG here, just to make you happy — but no found footage film hit bigger than THE BLAIR WITCH PROJECT. It was a phenomenon, and was about as experimental as a mainstream film has ever gotten. Think about it! A black-and-white, entirely point-of-view horror film presented as being real and marketed with articles and documentaries reinforcing its, uh, realness? Not exactly your usual multiplex fare. 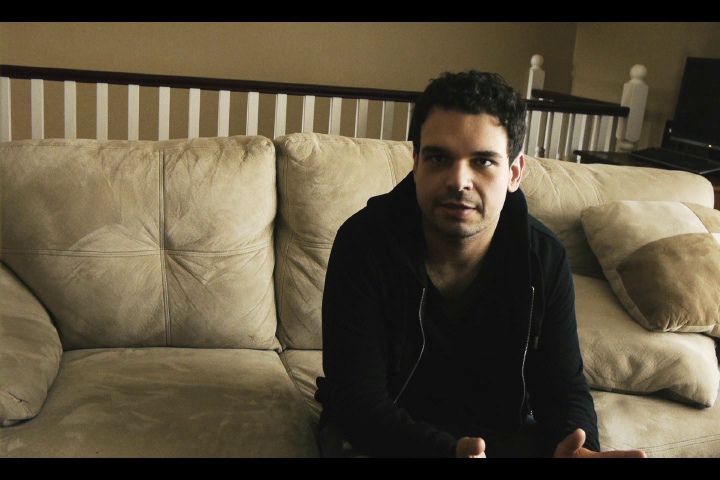 But I mention THE BLAIR WITCH PROJECT only so I can talk about how weirdly non-influential it was. At least, on a mainstream level. Sure, there were a ton of cheapo cash-ins (usually with the title “something… something… PROJECT”) and parodies, but it failed to launch any notable franchises based on its style. Even its sequel abandoned the FF angle, and by the time it was released in 2000 audiences had already moved on to more polished teen horror like URBAN LEGEND or FINAL DESTINATION.

So while there were a few films that carried the found footage torch, for Hollywood it was a brief romance that ended badly. It even came a little early for microbudget filmmakers — since while the transition to affordable digital cameras was in full swing, for consumers, the quality was still well behind even the grainy 16mm of BLAIR WITCH. More than a few directors still gave it their best shot, but the results tended to look like bad home movies. Because, essentially, that’s exactly what they were. 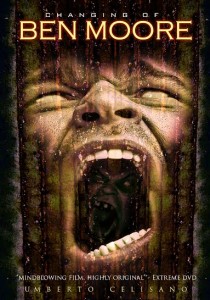 Now, you might be expecting me to now talk about PARANORMAL ACTIVITY and CLOVERFIELD and [REC] and how 2007 brought the whole genre back to relevance. But this isn’t supposed to be a history of found footage (which sounds like an extremely irritating article to write). This is just context for a review. Also, while those three films got everyone talking about found footage again, the real revolution came a couple of years earlier, when YouTube launched. Suddenly, home movies were everywhere. We were all watching shaky videos of people’s parties, or performances, or confessions, or whatever. Combined with rapidly developing phone and tablet technology that put a decent-quality camera in everyone’s hand at all times, it meant that home movies were suddenly cool.

Which brings us to THE CHANGING OF BEN MOORE, a sporadically interesting by-the-numbers found footage film that cherry-picks from many of the popular found footage films of the past decade — most notably PARANORMAL ACTIVITY.  It’s a surprisingly restrained film, with its combination of possession and werewolf-like tropes eventually culminating in some legitimately tense moments. However, eventually this restraint is the film’s undoing, as there just isn’t enough interesting material to sustain the running time. By the time the “shocking” ending arrives, your average audience member will be several steps ahead, or bored stiff. 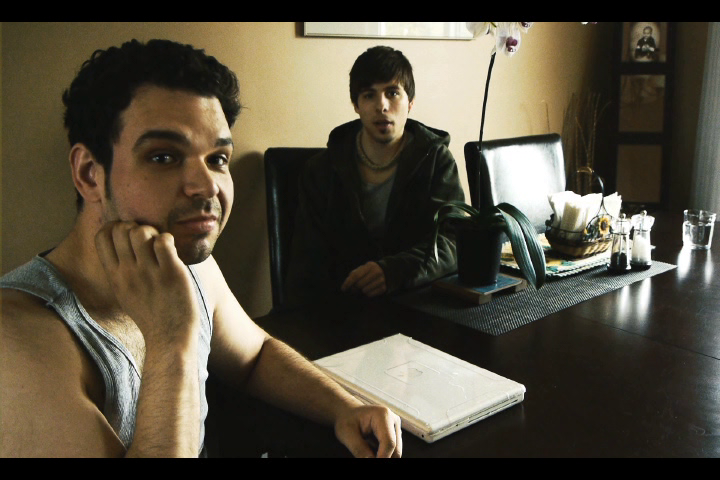 The titular Ben Moore is the adopted brother of Derick Moore (played by Corey Beaulieu), and the two live together in Derick’s aunt’s house. Derick gets the bright idea to start documenting his brother’s odd nocturnal activities, which seem to involve a lot of sleepwalking and growling. Ben (and his girlfriend Sara) are initially skeptical, but these activities quickly start to increase in both frequency and intensity – starting with Ben apparently attacking and killing the neighbour’s cat. From there, things start to rapidly fly out of control, with corpses and missing persons piling up in the neighborhood, and then Sara goes missing. Is Ben to blame?

The initial set-up is economical, but makes sense, and the early sequences of Derick exploring the (oddly) dark house are actually quite suspenseful. Despite the bombardment of found footage in recent years, a barely-lit room containing some unknown possible threat is still an effective scare delivery system. Derick’s increasing fear mixed with Ben’s mounting confusion at what’s prompting his progressively more violent outbursts is intriguing, and I was quite curious about where the film might be heading. 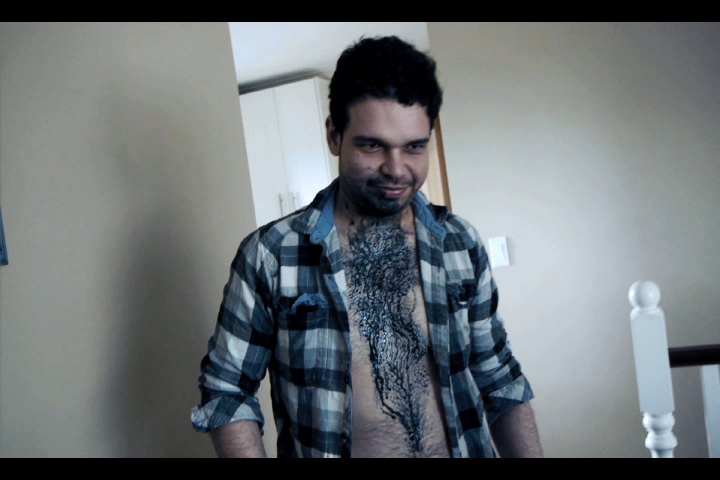 But then it sort of heads nowhere. It rapidly becomes obvious that any reveal isn’t going to occur until the end of the film, and very soon it becomes harder and harder to believe that the first instinct of these characters would be to pick up a camera instead of calling the police. Director Jason Mills obviously has put a lot of effort into finding creative reasons why friends and loved ones might start filming in the dark, but once people started going missing, my suspension of disbelief started getting stretched further and further.

To Mills’ credit, he does a lot of work to make this wheel-spinning interesting.  Friends of Ben and Derick are introduced, and there are hints at Ben’s mysterious past that fill out the mythology a bit. He’s also aided by two strong lead performances, with Beaulieu showing believable concern for his brother’s well-being (despite looking like he stepped out of a early 2000s Evanescence video), and Umberto Celisano going from being appropriately zombie-like to more sympathetic and mysterious in the role of Ben Moore. There’s also a great supporting performance by Bruce Novakowski as their dopey friend John, who adds some much-needed levity to a number of scenes.

Also restrained — perhaps by budget — is the use of visual effects. Most violence happens off-screen, and when we finally get to see aspects of Ben’s “changing”, it involves some minor digital manipulation. It’s effective, though with this amount of build-up, I was hoping for something a bit more dramatic. The rest of the technical specs are strong as well, with the camera predictably shaky but rarely devolving into inducing motion sickness. 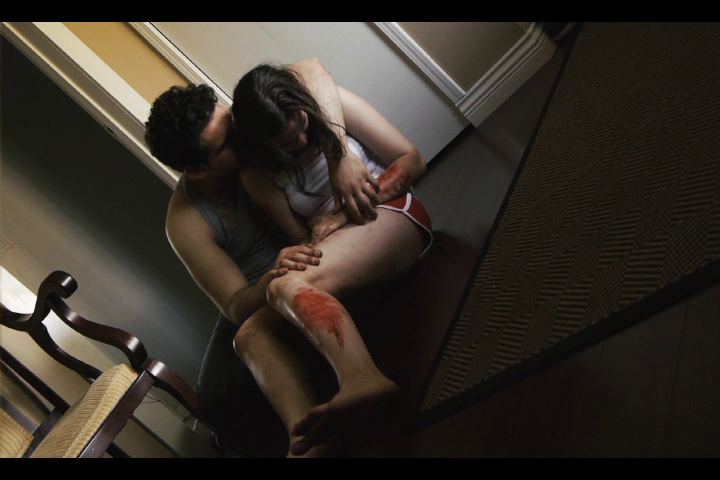 Microbudget cinema has spent the last seven years bombarding audiences with found footage variants, as it’s one of the few genres where with little money you can still create a final product (mostly) indistinguishable from the Hollywood version. While THE CHANGING OF BEN MOORE has an interesting concept and some strong acting, it simply doesn’t do enough to distinguish itself from the many, many similar films that already exist, and it eventually stretches believability beyond any reasonable breaking point. If you’re desperate for another PARANORMAL ACTIVITY, this might do the trick, but I was left unsatisfied.

STARTS STRONG, BUT WOULD HAVE PREFERRED IF BEN MOORE WENT THROUGH A LOT MORE CHANGE.