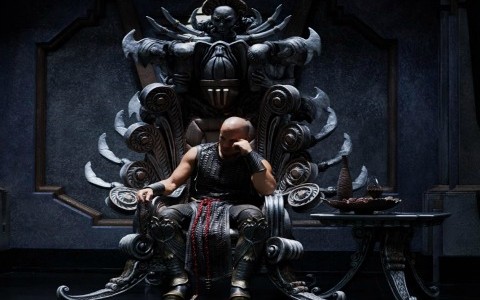 Vin Diesel made a name for himself in David Twohy’s 2000 sci-fi horror flick PITCH BLACK, and even though the follow up for the character, THE CHRONICLES OF RIDDICK, wasn’t exactly stellar, they haven’t given up on the franchise.  It’s just taken them nearly a decade to bring back the final (?) chapter in the trilogy (?), which finds Riddick on a desolate planet and forced to fend off aliens with the help of a bunch of mercenaries that will have minor personality quirks in order for us to distinguish them from one another before they’re killed off.  Katee Sackhoff and Karl Urban provide the leads, with Bokeem Woodbine and Dave Bautista among the cannon fodder.

The film isn’t due out until September, but a trailer has just been released.

Will this be another SPIDER-MAN 3 or X-MEN 3 or SUPERMAN III or ADDAMS FAMILY REUNION or CROCODILE DUNDEE IN LOS ANGELES or MAJOR LEAGUE: BACK TO THE MINORS?  Or will this be, er, a third film in a series made years after anyone cared that turns out to be pretty good? (I can’t think of an example. Maybe BEYOND THE DOOR III. I kid.) In any case, the trailer has lots of people shooting at each other, so that’s something. Twohy isn’t a bad director (PITCH BLACK and A PERFECT GETAWAY were solid, and BELOW is still criminally underseen), so maybe we can hope for the best. 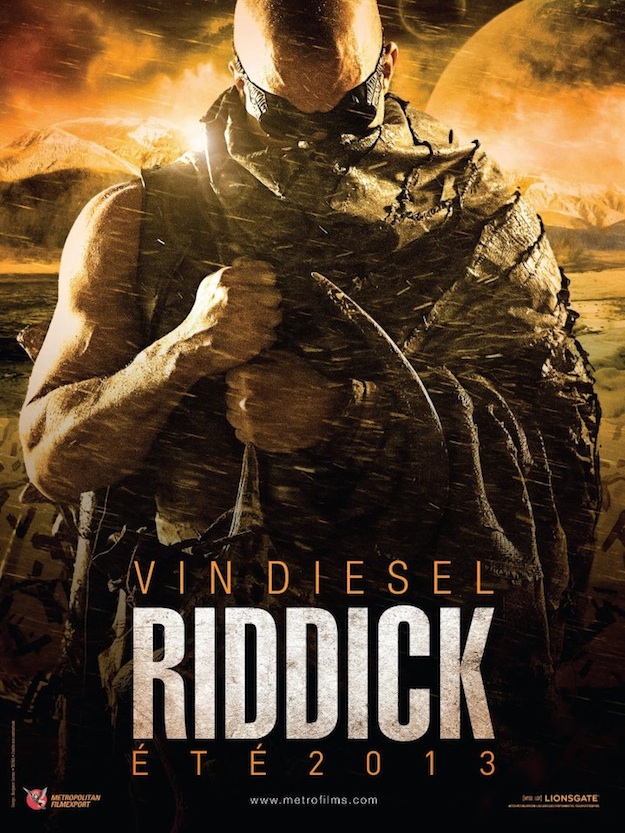