Home  ⁄  The Wire  ⁄  LUCAS-PLOITATION ON THE SMALL-SCREEN: THE FONZ IN SPACE!

When it comes to STAR WARS knock-offs, Daily Grindhouse readers are familiar with movies like STAR CRASH and BATTLE BEYOND THE STARS. But one of the most Lucas-sploitative pieces of media was on TV in 1980.

ABC’s Saturday morning line-up included a block of cartoons based on the network’s hit sitcoms: Mork the alien went to college, Laverne and Shirley joined the army, and the Fonz hooked up with a cute alien whose flying saucer was also a time-machine (a concept which might’ve influenced Miller’s time-travel theory in REPO MAN).

A 1980s cartoon involving a spaceship is contractually-obligated to do a STAR WARS episode, but this one’s doing double-duty Lucasploitation: Mashing up STAR WARS with AMERICAN GRAFFITI like a sugar-cereal-fueled fan-fiction.

To be clear: the success of George Lucas’ 1973 film AMERICAN GRAFFITI helped pave the way for the similarly nostalgic ABC sitcom Happy Days and both starred Ron Howard as the all-American boy.

The cartoon’s ambitious premise is explained by Wolfman Jack (who also appeared in AMERICAN GRAFFITI): Like an animated Quantum Leap, each episode would send the time-traveling Happy Days gang to another year and location rich with comedic hijinks. (However, their bumbling antics have no noticeable impact on the greater timeline. The butterfly effect is not in effect.) 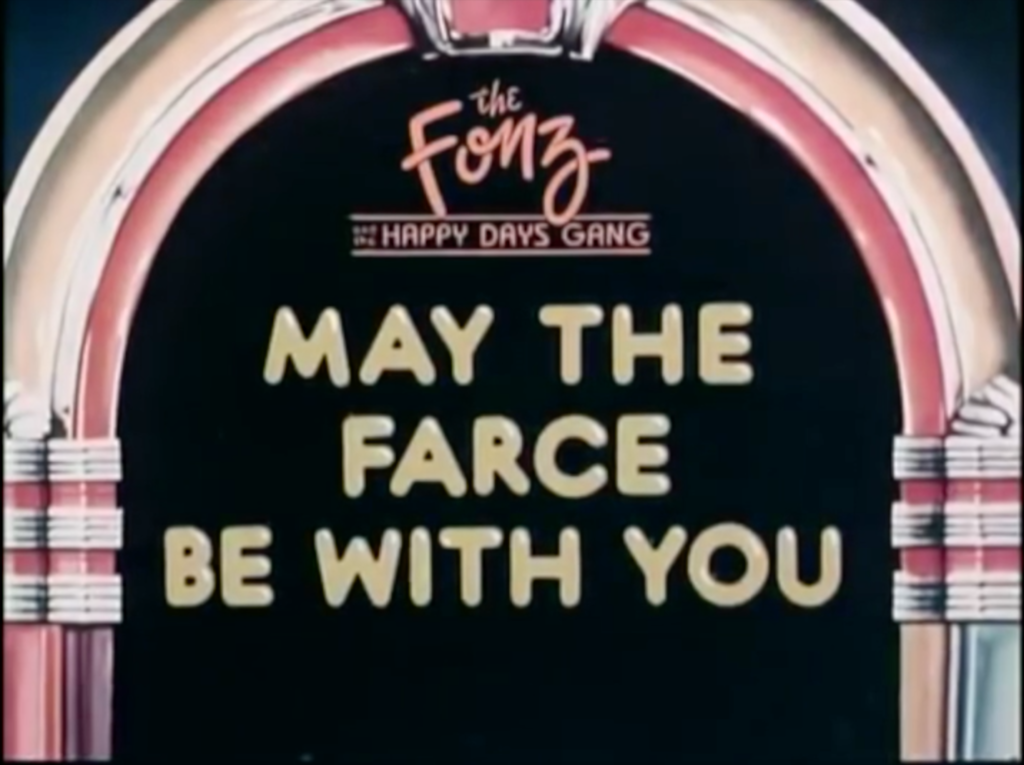 The STAR WARS episode is titled “MAY THE FARCE BE WITH YOU” (a wordplay that would serve as the tagline for SPACEBALLS seven years later.)

In an attempted to leap back to the year 1957, the spaceship ends up in 2057 and quickly becomes a STAR WARS spoof. (Nerds will be quick to note that many of the Lucasploitation stories are set in the future, even though STAR WARS took place “a long time ago.”)

When they’re caught in a tractor-beam, Ralph hollers, “It’s just like in the movie!” Ironically, a parody of a 1977 movie is wasted on a bunch of kids from 1957 Milwaukee. To them, this isn’t a STAR WARS parody — though they might find it vaguely similar to an old FLASH GORDON serial.

You can watch a 4-minute cut-down of the episode below.

But here are some highlights: 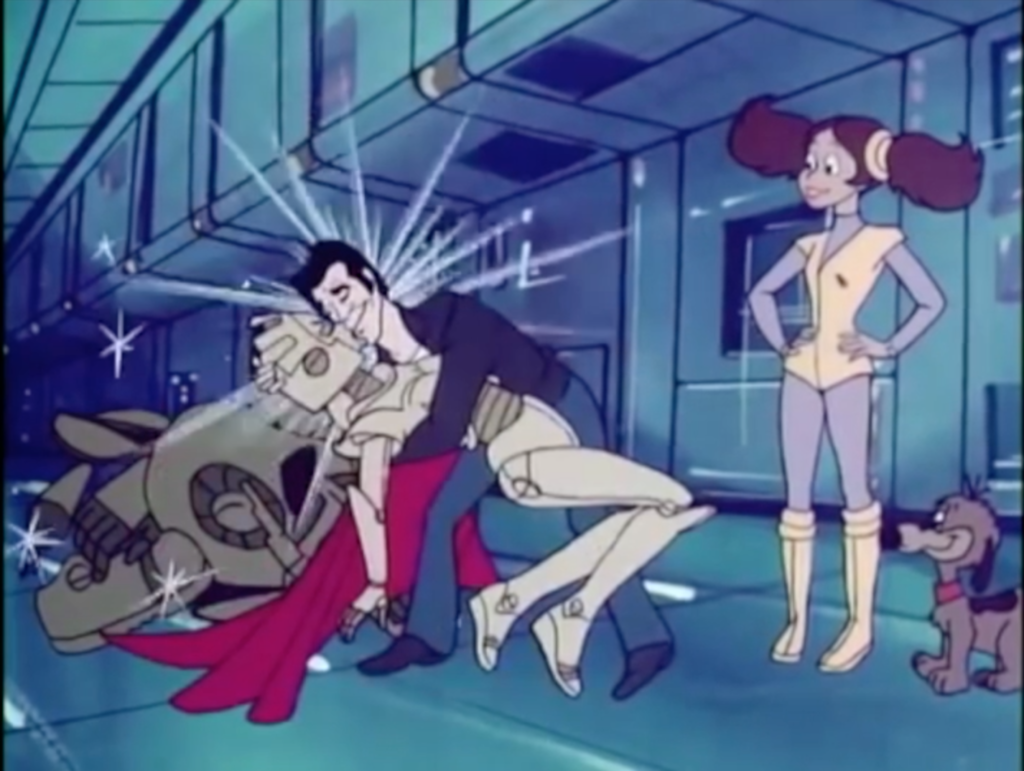 The final scene is like something out of Heavy Metal magazine: Right before the kiss, the Fonz neutralizes an enemy robot by throwing a bucket of water on it. Then when Fonz kisses the evil female robot, she short-circuits in a similar fashion. Is the suggestion that he destroyed both androids by getting them “all wet”? Eww. Sometimes you look back at Saturday morning cartoons and realize the writers were pervs. 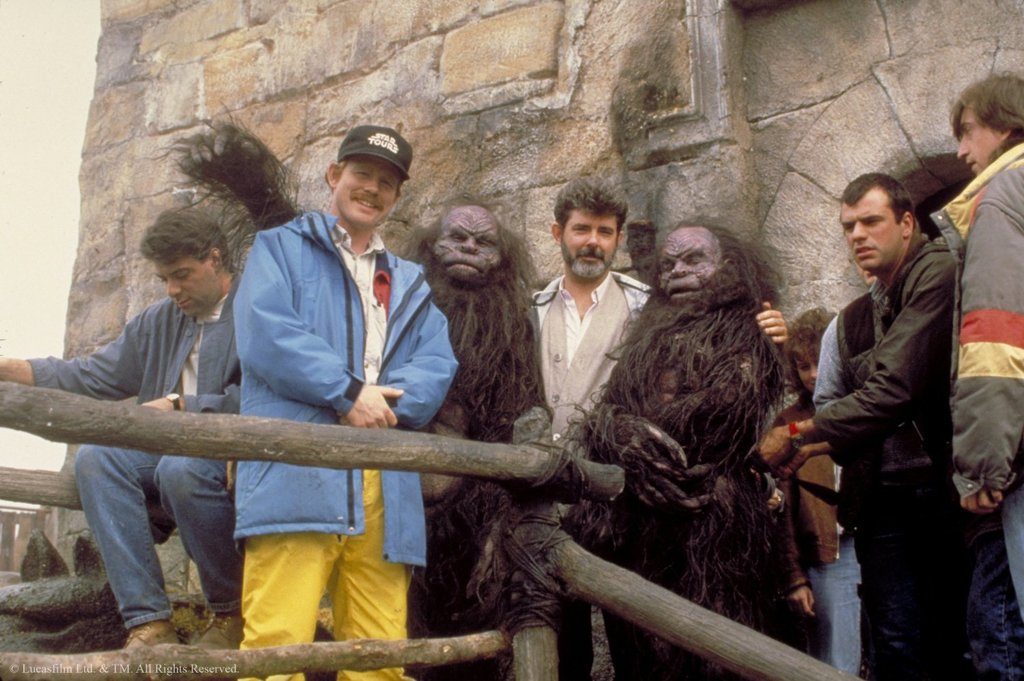 Lastly, Ron Howard provided the voice for his cartoon alter ego. So you have to wonder if years later, this episode came up on-set when Ron Howard was directing WILLOW. If yes, who broached the subject? George Lucas? We may never know.

Other fun-facts about this episode:

The episode was co-authored by one of the screenwriters of C.H.O.M.P.S. (which could be why there’s a robot dog.) 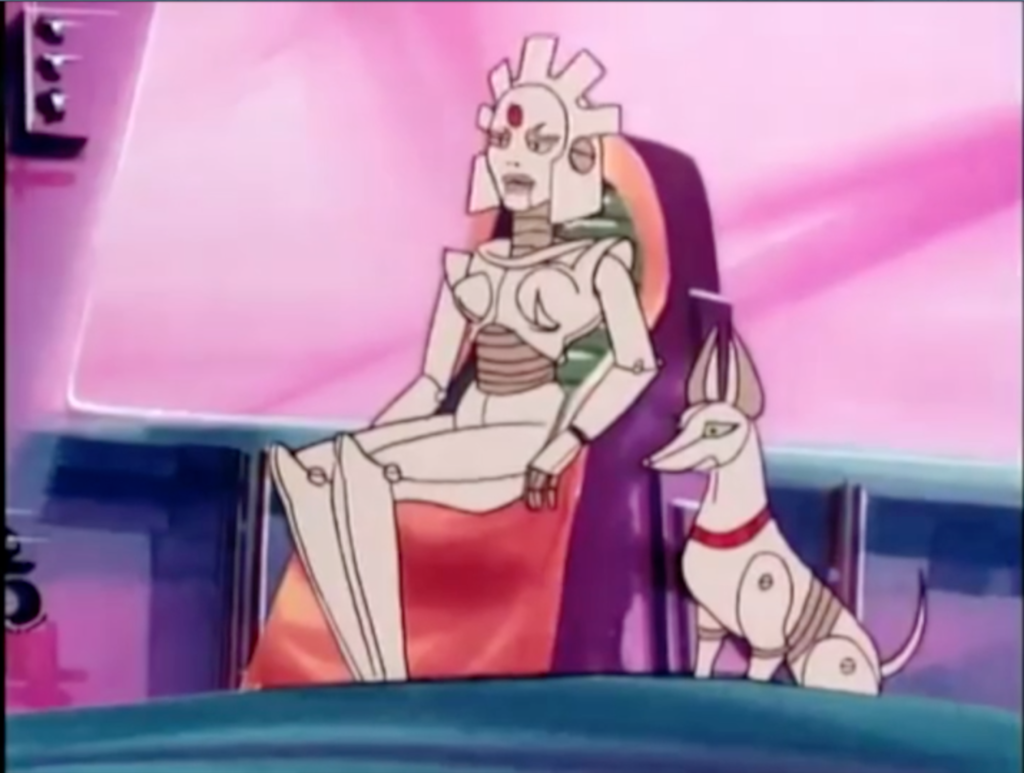 The “Space Chick” named Cupcake is voiced by Didi Conn (best known as Frenchie from the movie GREASE, giving the show one more layer of ‘50s nostalgia.)

Wolfman Jack had previously met Darth Vader in a hosted segment of The Midnight Special (sadly, this clip has been removed from YouTube.) 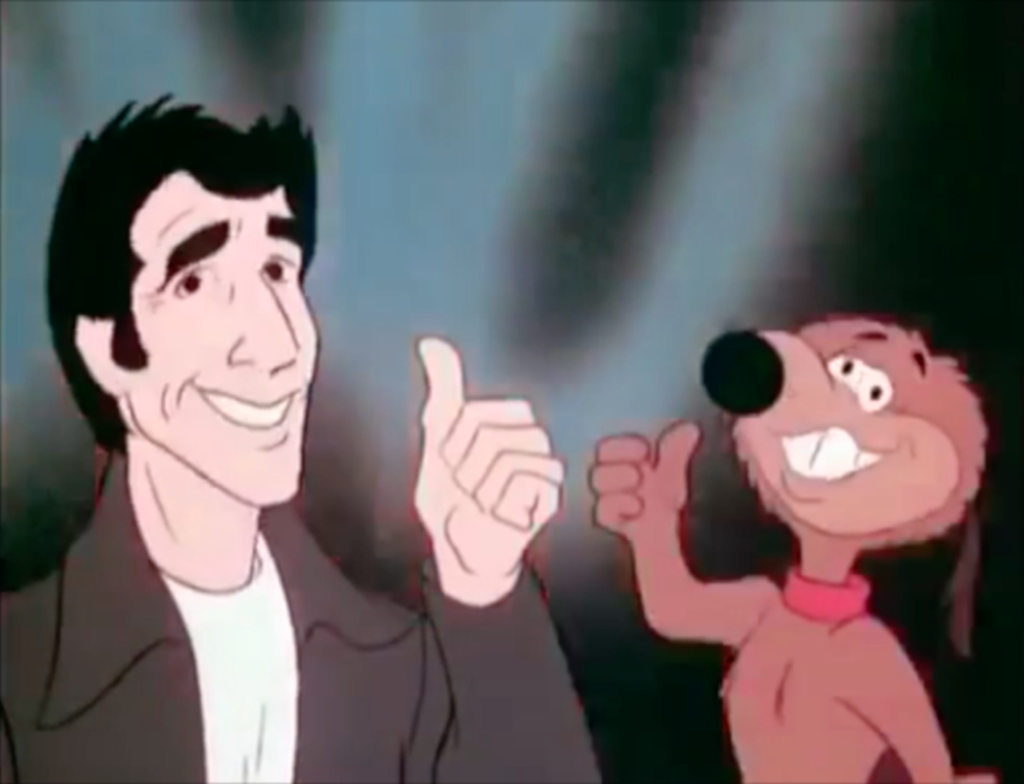 What’s got 2 thumbs and loves blow-jobs?

Kevin Maher is an Emmy-nominated comedy writer and an award-winning filmmaker. He hosted AMC’s THE SCI-FI DEPT and currently hosts the live video-variety show KEVIN GEEKS OUT in Brooklyn. www.KevinGeeksOut.com