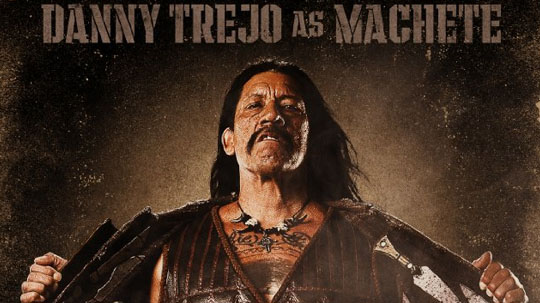 Danny Trejo is a flat out, no-bullshit, tough as nails, badass. Every time he hits the screen he brings the cool in a way most rumblers can only dream of. Maybe it’s his years in the clink, maybe it’s fighting background, who knows? Who cares? As long as he’s rocking and rolling, DG could give a shit. A few months ago we talked to Trejo about MACHETE II and III. Now, Deadline has confirmed that the sequel is ready to throw a punch: 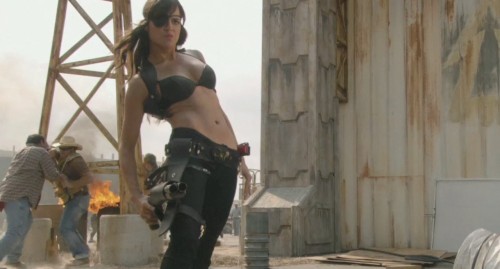 “Rodriguez is teaming with producer Alexander Rodnyansky to hatch a sequel to the 2010 action film Machete. Titled Machete Kills, the film is the second in a planned trilogy with what, for my money, is the best ever trailer tag line: “This time, they fucked with the wrong Mexican!” The film will be produced and financed by Alexander Rodnyansky, whose Hollywood expansion plans include a $120 million film fund with Media Talent Group’s Geyer Kosinski. AR Films U.S. is a new partnership between AR Films and Aldamisa Entertainment, whose Sergei Bespalov will manage worldwide sales of Machete Kills in Berlin. 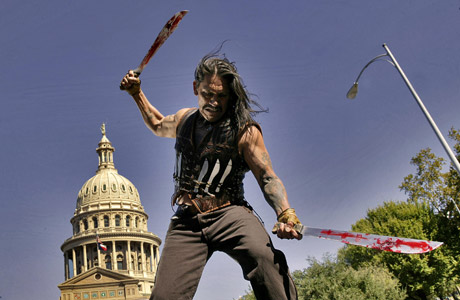 “The fan response to the Machete character has been fanatical since his first appearance,” Rodriguez said. “Machete is truly a super hero and Machete Kills will be bigger and more ambitious than the first time.”

An April production start is being eyed. Talks are underway for Danny Trejo to reprise the title role. Rodriguez expects many of the original cast to return, at least those who didn’t end up sliced and diced in the first film by Trejo. The film is a Quick Draw Production, produced by Rodriguez, Rodnyansky, and Quick Draw’s Aaron Kaufman and Iliana Nikolic, and Sergei Bespalov and Rick Schwartz. A script has been written by Kyle Ward, and developed by Rodriguez and Marcel Rodriguez.” 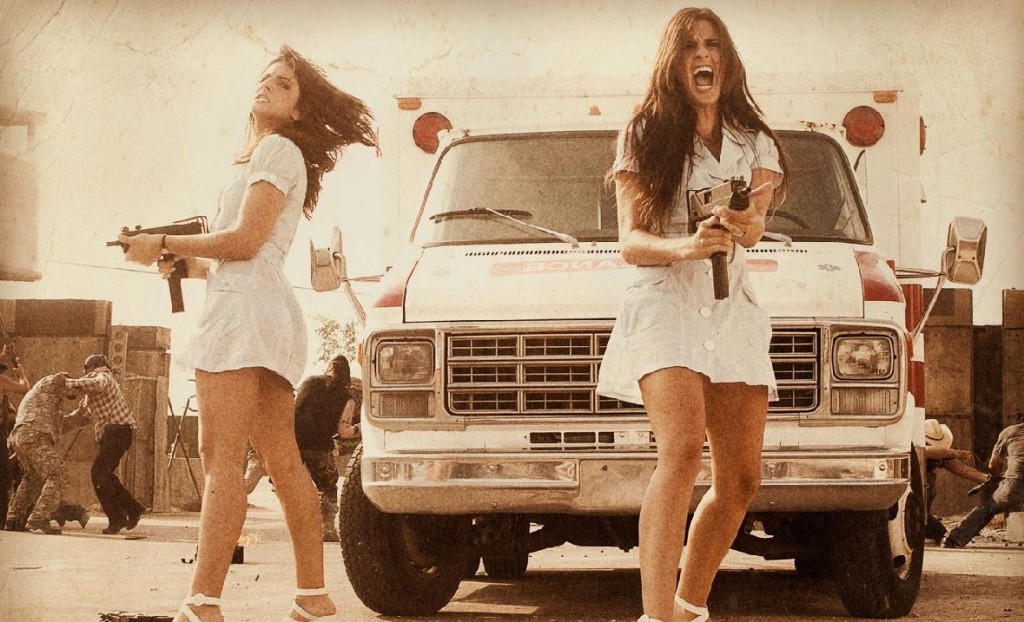 When DG talked to Trejo he had this to say about the planned trilogy:

“We start on MACHETE II real soon. Robert is really crazy about this one. MACHETE did so well that he was pretty hot to get moving on more of those. Robert has the story so under wraps, the only thing I know is that there is a character in there that is basically President Obama. Then after MACHETE II we do MACHETE IN OUTER SPACE which sounds pretty cool.”

On the origins of MACHETE:

“Me and Robert thought about MACHETE when we were doing DESPERADO. We shot that in Acuna, Mexico and the star of that movie was Antonio Banderas and he’s Spanish so nobody knew him but I was standing out there and people were gravitating toward me and asking for pictures and autographs and Robert came up and told me “hey, they must think you’re the star of the movie” and I said “you mean I’m not?” That’s when he started writing the script for MACHETE.”