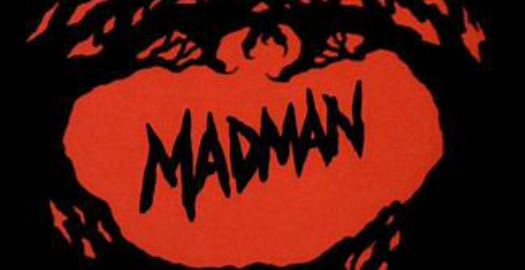 Many are quick to dismiss MADMAN as yet another FRIDAY THE 13th ripoff. And to an extent, they’d be right.

I mean, you got a bunch of idiot camp counselors bickering and humping in the woods, a legendary mass murderer rumored to have lived in a nearby abandoned house, and a seemingly-endless foreboding forest to encompass it all – but you’d be doing director Joe Giannone a disservice to not acknowledge the film’s charm, not to mention a few artistic flourishes which, in this Bastard’s opinion, sets MADMAN head and shoulders above the slew of F13 reincarnations that have soiled video shelves for decades. 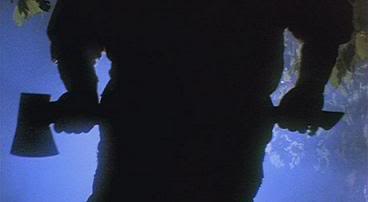 For one thing, the cinematography is sharp. The movie was shot almost completely at night (legitimate night, not that day-for-night bullshit), and none of the action is obscured. As a matter of fact, there’s an eery blue glow which permeates almost every scene. Granted, it can be a tad disconcerting, but at the same time, it adds almost a surreal ambiance to the proceedings.

I also have to tip my hat to the killer himself, the titular Madman Marz. The filmmakers were smart enough to always keep him just out of sight. He’s either dancing around your peripheral vision, or the rare full-on shot is always fleeting. The technique is both creepy and effective. And the shot of Marz observing the campers from a tree is a classic.

Sadly, this was Giannone’s only flick. I’d be curious to see any other tricks he might’ve had up his sleeve, especially if not confined to the trappings of slasher fare.

It might not blow your shorts off*, but MADMAN is definitely worth a watch.