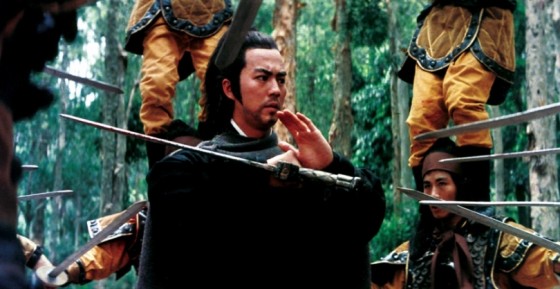 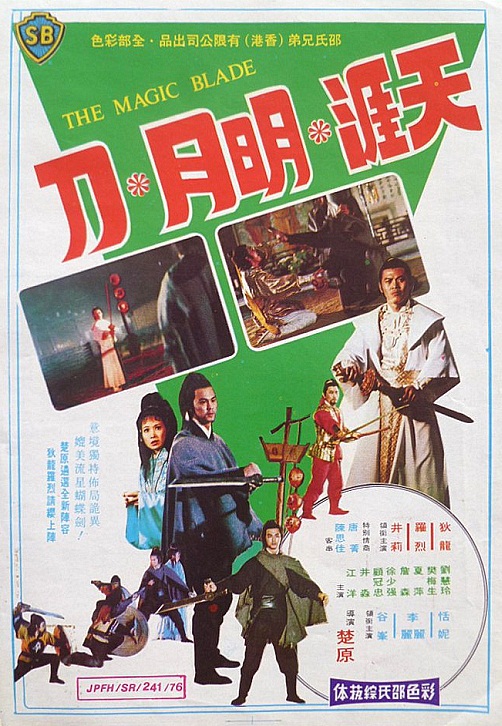 When you first start getting into Asian cinema, particularly of the martial-arts variety, the options can be overwhelming. I’m speaking from experience here. Martial-arts films, or wuxia as they are known overseas, are just about innumerable, and that’s true even if you’re limiting your initial search to Hong Kong alone. Hong Kong is the chief exporter of these kinds of films but it certainly doesn’t end there. If that weren’t enough, the term wuxia technically encompasses films with period trappings and often, with supernatural leanings. To pick a couple super-famous titles to demonstrate: CROUCHING TIGER HIDDEN DRAGON is wuxia, while ENTER THE DRAGON is not.

The Shaw Brothers shield is a handy signpost. These legendary producers were responsible for more than 700 films, many of them straight-up classics.

Sir Run Run Shaw left our planet earlier this year. He’s been saluted at this year’s New York Asian Film Festival with a handful of some of his best productions.

This is one of his best.

THE MAGIC BLADE is a tremendously enjoyable wuxia-action-horror epic buddy-comedy which centers around the pursuit of a magical artifact called the Peacock Dart. By the way, I am convinced “Peacock Dart” is a euphemism. I mean, if you want to see a Peacock Dart I can probably oblige you. But the Peacock Dart is beside the point anyway – it’s a mystical MacGuffin. This entire film is solely a delivery device for inventive costuming, absorbing set design, and delirious feats of expert swordplay, athleticism, madness and mayhem. You cannot have more fun than this at a movie.

There’s so much to talk about when it comes to the wild characters who populate THE MAGIC BLADE, but I was particularly enamored by Devil Grandma – or Devil’s Granny as IMDb names her. Devil Grandma is a maniac who plagues the determined hero played by Ti Lung with demented glee and unbelievable flights of aerialism.

Devil Grandma, she of the deranged cackle and the unenviable dentistry.

Devil Grandma, who I kind of wish had her own movie.

I don’t even know if I’m describing this properly, by the way – watching this movie was like a car accident in which I was personally involved. It happened in a blur and I feel woozy and disoriented, yet at the same time, very happy to be alive.

THE MAGIC BLADE plays at 6pm this evening at the Asia Society, as part of the grand finale to the 13th annual New York Asian Film Festival, which concludes today. 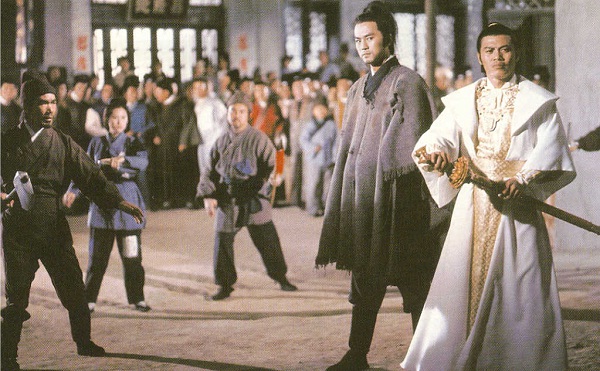