Andy Sidaris, now there’s a name to conjure with. Before he became the man who directed classics like HARD TICKET TO HAWAII and SAVAGE BEACH, Sidaris was an Emmy award-winning television director for ABC’s Wide World of Sports. According to Slate, Sidaris was the man who created the “honey shot” for that program. You know the one—where the camera focuses on an attractive woman, be it a cheerleader or a woman in the stands. Sidaris also “helped develop techniques that are standard today, including instant replay, slow-motion replay, and split-screen views.” Sports fans around the world owe a debt of gratitude and not just for his talents directing sporting events. 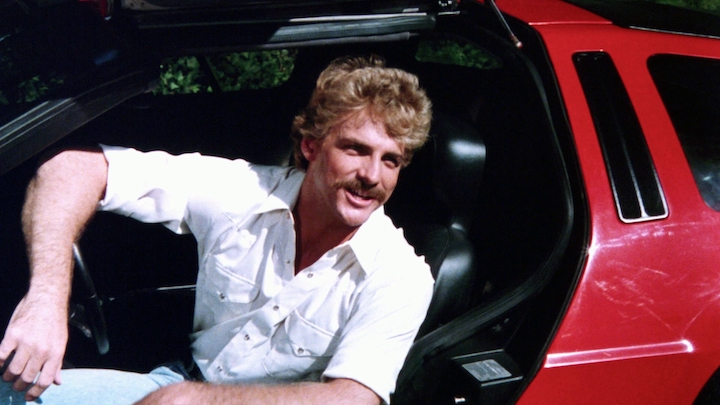 Sidaris certainly put that honey shot to good use later on in his catalogue of BBB films, which stands for Bullets, Bombs, and Babes, a term applied lovingly by Sidaris fans. Sidaris started making movies back in the early ’70s. First came STACEY in 1973 and then in 1979 Sidaris brought SEVEN into the world, but it wasn’t until the excess of the ’80s when he found just the right combination of BBB for his next film, MALIBU EXPRESS. 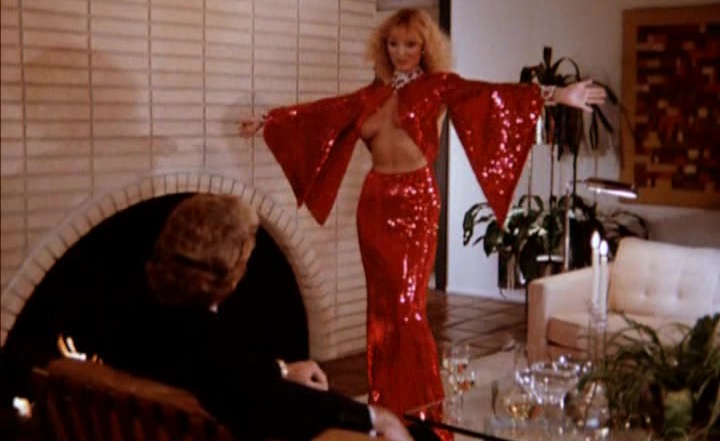 In honor of its 35th anniversary, I brought out my Girls, Guns, and G-Strings box set of Sidaris movies and gave MALIBU EXPRESS another watch. Before I get into the world of Cody Abilene, let me just give some credit where credit is due. I didn’t even know who Andy Sidaris was until my (now) husband, Eric, put on one of his movies way back in the mid-’00s, so I owe my love for these movies to him. 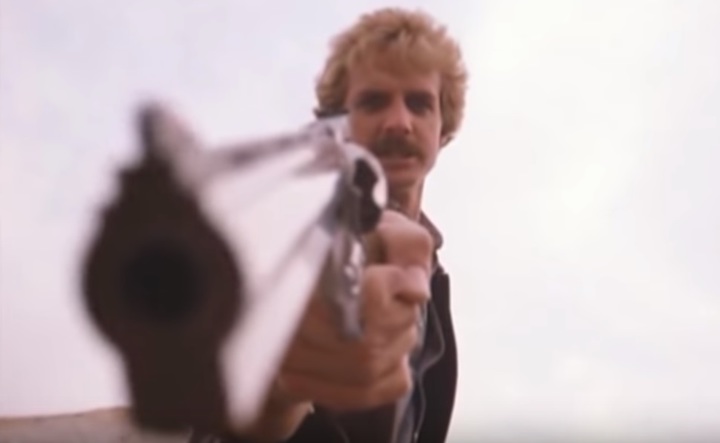 My favorite film from Sidaris is HARD TICKET TO HAWAII (and it isn’t even close). I was lucky enough to be able to see the movie on the big screen last year with an impromptu Skype session with Arlene Sidaris, Andy’s wife and the brains behind their entire operation. She was lovely and was so appreciative of all the fans of her and Andy’s work. She had even sent over a ton of newspaper promo art to pass out to anyone who wanted some. 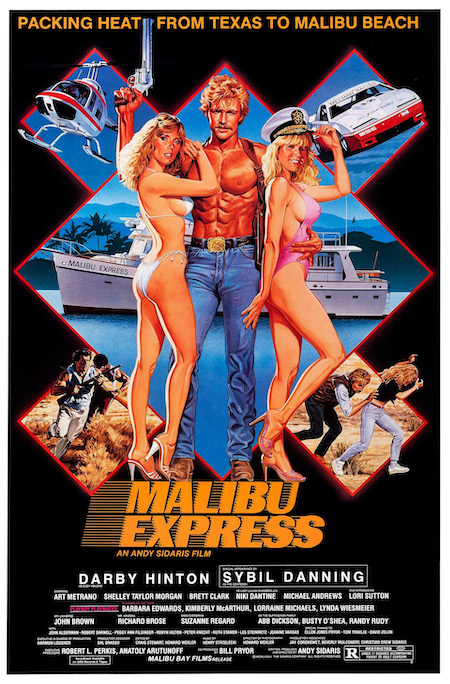 MALIBU EXPRESS (a remake of STACEY) stars Darby Hinton (Daniel Boone) in the role as Cody Abilene, a cowboy private eye with terrible aim. He gets involved in a case to figure out who it is buying computers and selling them to the Russians. Look, the plot really doesn’t matter in a Sidaris movie, that isn’t what they are about. It’s akin to watching an Argento movie like SUSPIRIA and complaining the story doesn’t make sense. You just go with it. Honestly, the reason Abilene is investigating doesn’t even get much play as the movie continues. 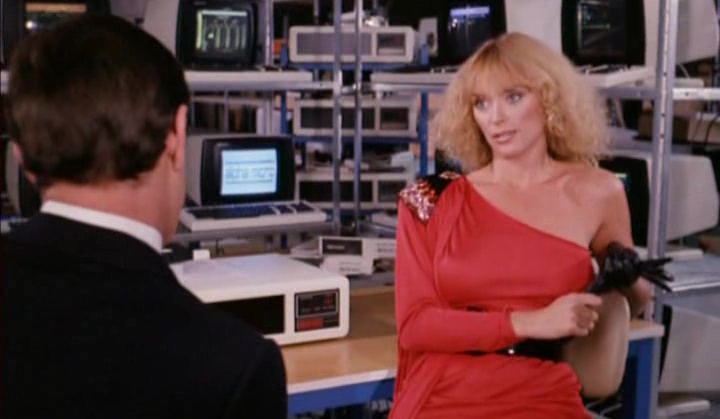 It’s ignored so much so that the last five minutes of the movie, with all the players crammed into the back of Abilene’s boat named, yep, Malibu Express, is all just exposition with a wrap-up and explanation of the plot. A scene like this is played at the end of most Sidaris films after this, mainly taking place in a hot tub. Bless him. Like I said, that shit doesn’t matter, it’s how we get to that end scene that is the fun. 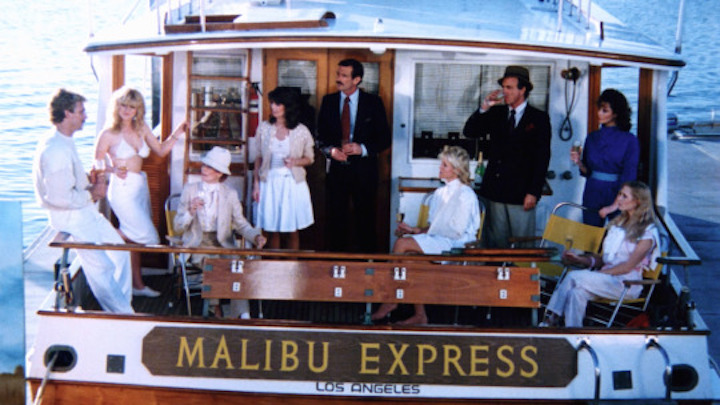 Abilene is charming, if a little dim, but that does not matter one lick because all the ladies love him. While he’s on his boat, his two neighbors, Playboy Playmates obviously, come over and they are the first of many women we see naked. While investigating the Russian thing, his work takes him to the estate of Lady Chamberlain (Niki Dantine) where he is then gets involved in trying to solve a murder. The murder mystery takes Abilene from bedroom to bedroom in different parts of Los Angeles. 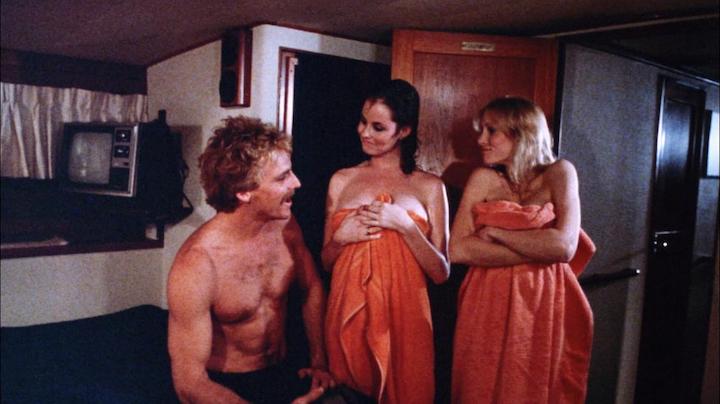 Among the women he encounters during the movie are Sybil Danning, Lorraine Michaels, Lynda Wiesmeier, and Kimberly McArthur—all of which we see in various stages of undress. In fact, I’m pretty sure there are only two women in the entire movie we don’t see naked, Lady Chamberlain and Maid Marion (Robyn Hton), although the maid is dressed in a very too small French maid’s uniform so we do see a bit or areola now and again. Also, what was up with that wig? 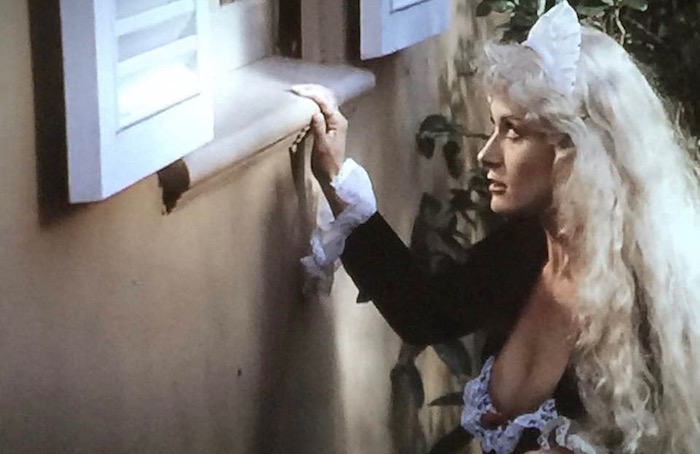 I wish Darby Hinton was cast in further Sidaris movies but, sadly, he’s only in MALIBU EXPRESS. There are other members of the Abilene family in subsequent movies, though. They, too, can’t shoot for shit. I have to respect the commitment to the gag that Sidaris shows. While it’s not especially funny in the movie you are watching at the time, it is funny they continue the conceit that the Abilenes cannot aim if their life depended on it. Which, come to think of it, it does depend on it just about every time. Thankfully, there’s a woman there to help him out. 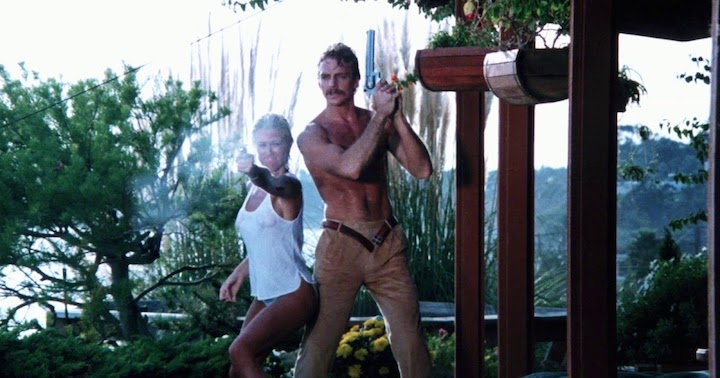 I’m sure there are plenty of people out there who hate these movies because they treat women as sex objects and there are only in the movie to get out their tits. And, yes, that does happen, a lot, in every Sidaris movie but, and it’s a really big but, in nearly every one of these movies (less so in MALIBU EXPRESS), women are the ones in charge. They are the ones saving the day, hunting down killers, drug smugglers, etc. Sure, men are there, but the women in Sidaris movies are strong, capable, and, yes, they like to get into hot tubs naked and have lots of sex. More power to them, I say. 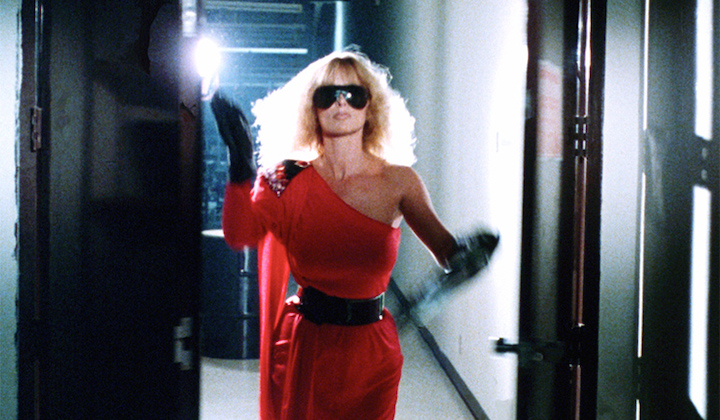 MALIBU EXPRESS is 105 minutes of enjoyable ridiculousness of the highest order. It’s a fun romp through a very mid ’80s Southern California while trying to hunt down Russian spies and murders. Throw in the running gags about the hillbilly family who wants to race Abilene (think BETTER OFF DEAD) and poor shooting by Abilene, and add a few Playboy Playmates to the mix. Top it off with all things ’80s, stir well, and you’ve got a concoction that will certainly take your mind off your worries, at least while you’re watching it. It’s just the kind of elixir we need right now. Go get your Darby Hinton on.