Home  ⁄  The Wire  ⁄  MATT CADE’S ANGEL DUST NEEDS YOUR HELP, INSPIRED BY THE FILMS AND TECHNIQUE OF JOHN CARPENTER

I can hear the subtle synth heavy soundtrack in the background. Intensity slowly building with each ominous note. On the screen is a dystopian future, the earth has been scorched by a harsh sun made worse by the lack an ozone layer, and somewhere a killer walks the street looking for his next victim. Female radio hosts are turning up dead and only one lone anti-hero can stop the slasher. If I told you this was from 1982, you may have thought this was a perfect vehicle for John Carpenter. It’s 2013, a few months shy of 2014, and Mr. Carpenter has hit the pause button on a brilliant career to recover from an eye injury and play as many videogames as he would like without worrying about schedules and budgets. In his wake are his followers. A legion of filmmakers who have been inspired by him to create their own films. People like Matt Cade, who came up with the idea outlined above with one, huge, badass twist.

Cade has been a Carpenter fan since he was kid, you can see it on the Kickstarter video for his new project called ANGEL DUST. Taking his queue from the master, Cade is going to shoot this as if Carpenter himself was behind the camera, using identical shots to those framed by Carpenter. Nothing like this has been attempted before. This may be because there just hasn’t been a bigger Carpenter fan behind the camera than Cade. 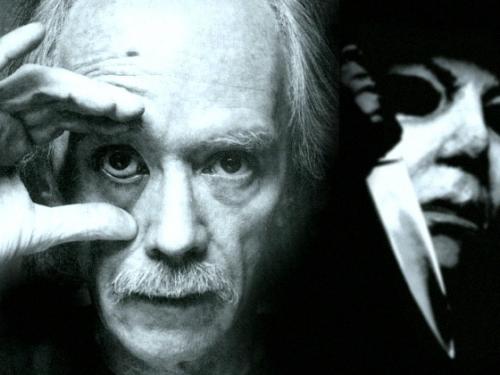 DG gets a lot of requests to help films find funding (literally, at least 2 or 3 a day) and we can’t help them all, but considering our love of Carpenter and the brilliant idea behind this project, we are jumping all over this good shit and will be doing our best to make sure Cade gets what he needs to make this happen. You can find out more about the project here. We encourage you to watch the video and donate what you can. Fuck, skip lunch out and toss the fella your lunch money. This project will be amazing, I have talked to Cade a few times since he first reached out us and I have an incredible amount of confidence in him. Let’s make this happen. ANGEL DUST is coming, and I couldn’t be happier to see the goods.