The ghost of TRAINSPOTTING hangs heavily over THE YOUNG OFFENDERS. Sure, the latter takes place in Ireland and does not go nearly as dark as Danny Boyle’s breakthrough feature, but the spirit of reckless fun mixed with young, desperate men with no prospects in front of them is the same. While THE YOUNG OFFENDERS never comes close to reaching the dizzying heights of its Scottish cousin, it does serve as a reasonably entertaining riff on it. 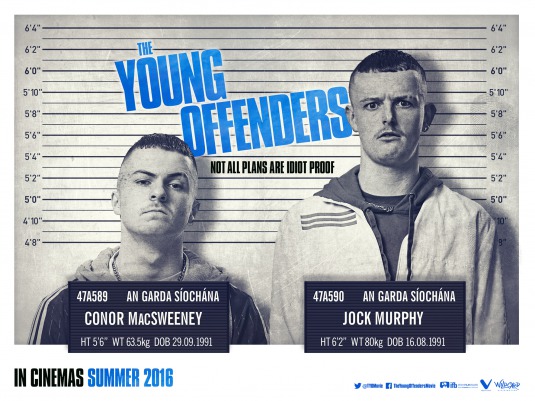 Conor (Alex Murphy) and Jock (Chris Walley) are fifteen-year-old best friends. Jock is a budding criminal, known in the neighborhood as the notorious “fake Billy” (he wears a mask to make himself look like the local bully while he steals bicycles). Conor is less prone to criminal activities since he is kept busy working at a fish shop run by his mother (Hilary Rose). But neither boy has much of a future that they can see. Single parents are raising both and both plan on dropping out of school to move into the city. When they learn of a massive cocaine bust off the coast that left several bales of drugs washing up on beaches (an actual occurrence from 2007), they steal a couple of bikes and ride the two days it takes to get to the ocean. But hot on their trail is a cop (Dominic MacHale) who lives for busting bike thieves and has been after Jock for so long that it has turned into an unhealthy obsession. 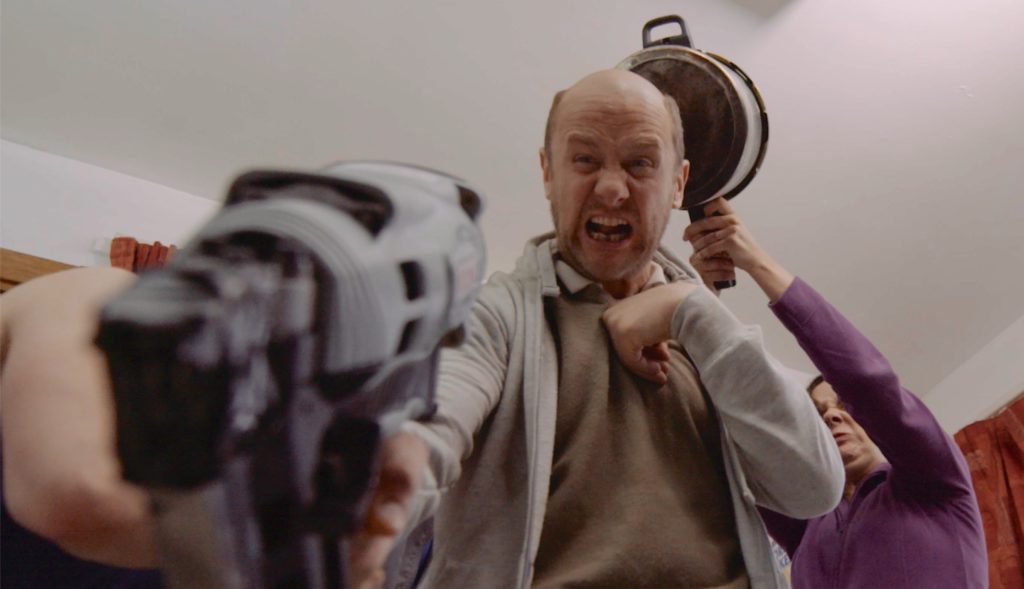 I suppose the nicest thing I can say about THE YOUNG OFFENDERS is that it makes me actually like Jock. Being a guy whose bike served as his main source of transportation over the last several years, I tend to think of bicycle thieves as among the lowest of the low. Writer/director Peter Foott stacks the deck in favor of Jock by giving him an alcoholic parent who keeps stealing his money and an unwavering loyalty to the more innocent (some would say naïve) Conor. Both boys are idiots, but considering the home situation that Jock is going through, he is far less messed up than he probably could be. 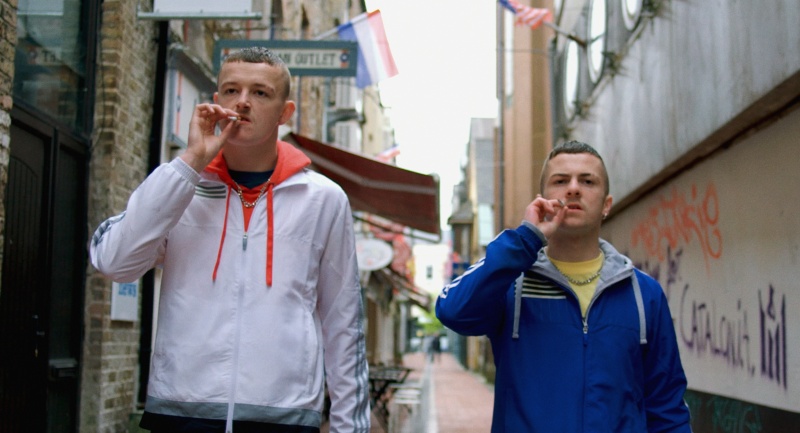 But that deck stacking is a large part of what holds the film back from being memorable. There are moments when it seems like Foott is trying to craft a scrappy comedy with some toughness to it. There is excitement to a couple of the bike chases between Jock and the cop that left me wondering if Foott had a good action movie somewhere in him, but then he pulls back and relies too heavily on improvised-sounding dialogue between Conor and Jock. Even worse, he has Conor explain almost everyone’s motivations and every plot point via nonstop voiceover. The voiceover may help the audience understand and sympathize with the boys more, but it kills much of the momentum of the film. 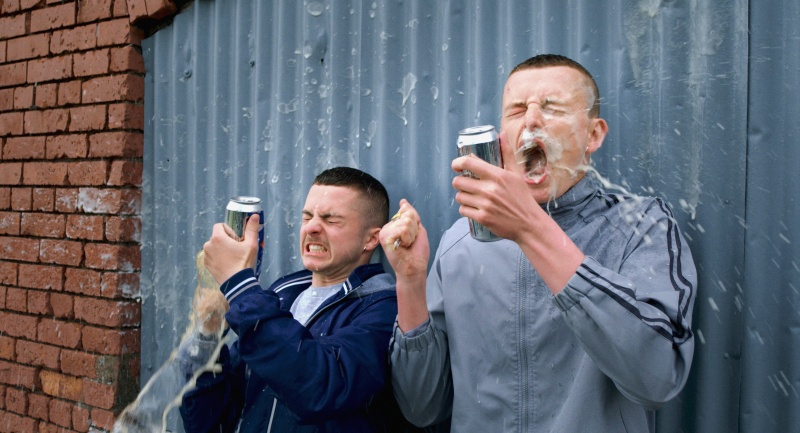 THE YOUNG OFFENDERS winds up one of those films that are amiable, but largely forgettable. While it is energetic and boasts good performances by Walley, Murphy, and Rose, it never becomes anything more than a good-natured nod to better films. That is a shame since there is real talent on display, both in front of and behind the camera. 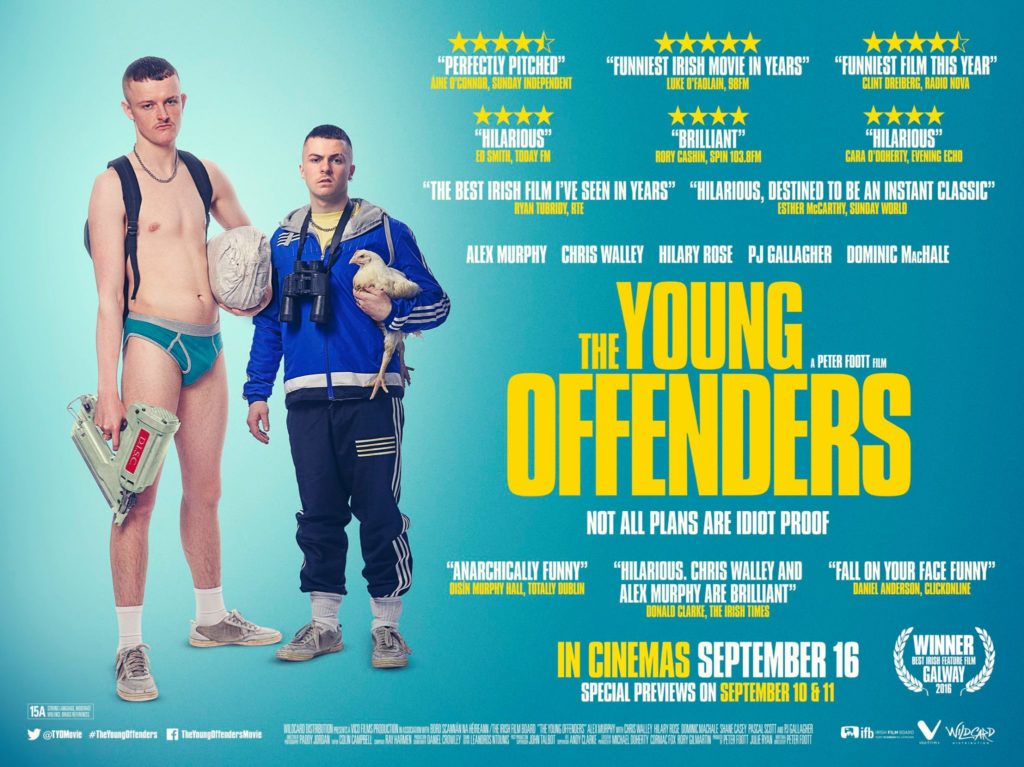