Crowdsourcer of the day: THE BOOK is an anthology film with an all-star cast of Italian masters, featuring segments from Lamberto (DEMONS) Bava, Antonio (THE BLOODSTAINED SHADOW) Bido, Enzo G. (INGLORIOUS BASTARDS) Castellari, Luigi (CONTAMINATION, STAR CRASH) Cozzi, Alberto (HOLOCAUST 2000) De Martino, Ruggerto (CANNIBAL HOLOCAUST, THE HOUSE ON THE EDGE OF THE PARK) Deodato, Aldo (NIGHT TRAIN MURDERS) Lado, Umberto (NIGHTMARE CITY, EATEN ALIVE) Lenzi, Edoardo (IN THE EYES OF A KILLER) Margheriti, Segio (TORSO) Martino, Sergio (WAX MASK) Stivaletti and Tonino (MY NAME IS NOBODY) Valerii. Goblin is doing the music. Even with the touch-and-go nature of most films in the recent glut of anthology films, how could you not be on board? Hand over your cashes here.

British actor Roger Lloyd-Pack has died at 69. His work included performances in TINKER TAILOR SOLIDER SPY (2011), “Doctor Who,” THE YOUNG POISONER’S HANDBOOK, INTERVIEW WITH THE VAMPIRE, THE COOK, THE THIEF, HIS WIFE AND HER LOVER, Stephen Frears’ BLOODY KIDS and HARRY POTTER AND THE GOBLET OF FIRE.

Ruth Robinson Duccini, the last surviving female actor to have portrayed a Munchkin in THE WIZARD OF OZ, has died at 95. She also appeared in the comedy UNDER THE RAINBOW, centered around the making of OZ.

Random Roles meets up with Keith David on CORALINE, “Spawn,” THEY LIVE and.. “Mr. Roger’s Neighborhood?”

10 things you may not know about ROSEMARY’S BABY.  (#11, that WITCHCRAFT completely ripped it off. ) 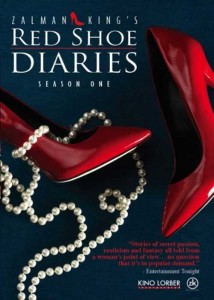 A look at the dueling EXORCIST retrospectives now on newsstands via Fangoria and Rue Morgue.

Check out an adorable baby Machete in this deleted scene from the Blu-Ray of MACHETE KILLS.

The Film Jerks Podcast looks at Pete Walker’s HOUSE OF WHIPCORD with special guest Brian Krist (the the Big Gay Horror Fan blog) – hey, is there something about WHIPCORD in the air this week?

In Chicago? Be sure to stop by the launch party for “Hidden Horror,” a new anthology of horror film writing edited by Aaron Christensen, this Sunday at Spyder’s Pub.

Here’s the trailer for A HAUNTED HOUSE 2, which even manages to have a less-funny title than THE LAST EXORCISM PART II and A HAUNTING IN CONNECTICUT 2: GHOSTS OF GEORGIA. THE CONJURING is parodied, and there are Kardashian jokes and a chicken.