Can’t a guy get a decent baloney and cheese 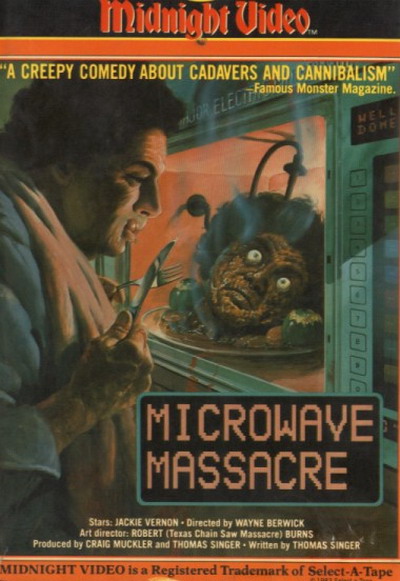 That’s all Donald (Jackie Vernon) wants out of his wife, May (Claire Ginsberg).  She’s too wrapped up in her ridiculously huge microwave oven and fixing faux gourmet meals to care about Donald’s needs, gastronomic or otherwise.   The two bicker like The Lockhorns until Donald finally goes over the edge one drunken night and kills May.  Unsure of what to do with the body, he decides to eat the evidence. 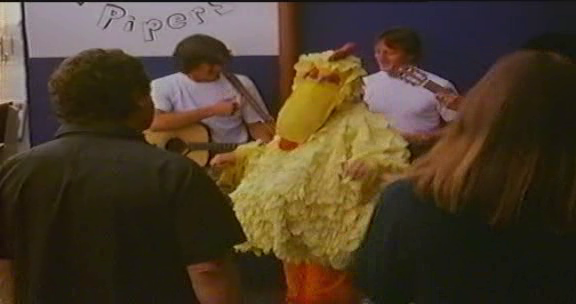 What a cute chick

Now that his hunger for good, hearty food is sated, Donald begins to concentrate on his other needs.  He picks up a prostitute at his favorite watering hole and decides to make her his post-coital dessert.   Donald’s need for fresh meat quickly fills up his freezer.  Knowing he’s bitten off more than he can chew, he starts sharing his booty with his cronies at the construction site—the ladies’ man Philip (Al Troupe) and overly articulate Roosevelt (Loren Schein)—sharing his lunch fare (“This is a tummy turn-on!”). 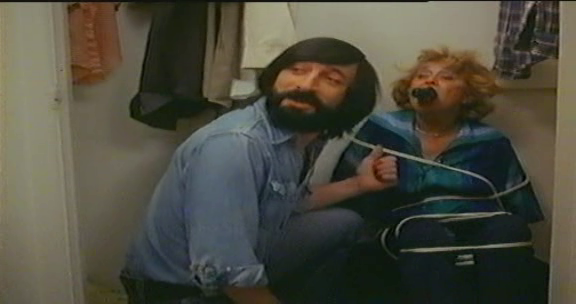 Paul Reubens to the rescue

For being such a dumpy dude, Donald has no problem picking up girls.  Maybe they’re attracted by his lilting voice.  His last film, actor Jackie Vernon will sound familiar to fans of the Rankin/Bass Frosty the Snowman.  Hearing him throw out the groan-inducing dialogue of Microwave Massacre comes as a bit of a shock.  Based on a story by Craig Muckler and directed by Wayne Berwick, these two creative geniuses were on the crew of Malibu High, directed by Wayne’s dad, Irvin Berwick.  Muckler and Berwick would team up again on the 2005 film The Naked Monster. 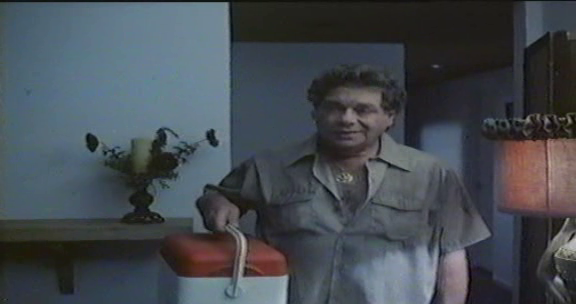 Microwave Massacre moves along with its own internal logic.  Several characters appear and disappear with little reason including a guy dressed up like a Zulu warrior and an inept doctor who appears to hold the key to the film’s incredibly abrupt ending. 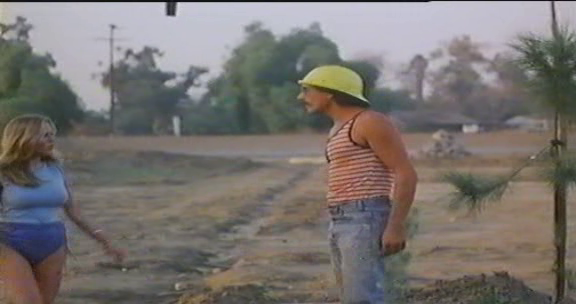 Released on DVD in 2006 by Anthem Pictures ( http://anthemdvd.com ), the cover art boasts that Microwave Massacre is “The Worst Horror Movie of All Time.” 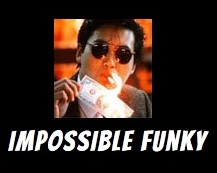