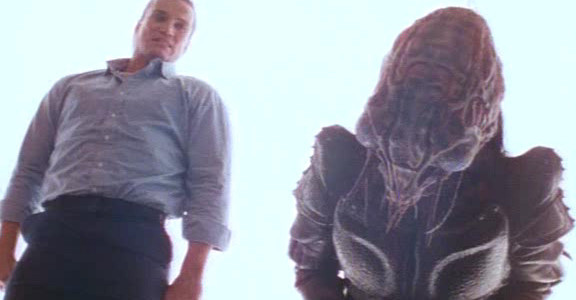 In the newest entry of MISBEGOTTEN & FORGOTTEN [find the previous installment of the column here], Nathan Smith takes a look at John McNaughton’s underrated and mostly-forgotten follow-up to HENRY: PORTRAIT OF A SERIAL KILLER, 1991’s alien serial killer thriller THE BORROWER.

Is there any filmmaker who does ‘journeyman’ storytelling better than John McNaughton? I’d argue that he’s the top of the mountain when it comes to having a wide and far-reaching filmmaking platform.

McNaughton’s directorial career has pivoted between television and theatrical releases, jumping in and out of different genres and adopting different points of views in the films he makes. One minute, he’s directing MAD DOG AND GLORY, a film that takes a different tack to both the gangster film and the romantic comedy. It’s also noteworthy that you swap out two actors, in this case Robert De Niro and Bill Murray and ask them to play against type. Look at his Masters of Horror television entry, ‘Hackel’s Tale,’ an oddball, strange look at the zombie film filtered through both McNaughton’s eye and through Clive Barker’s pen.

He’s interested more so in the crime drama genre, which is just fine with most filmgoers. Because McNaughton brilliantly takes the aforementioned parameters of what we perceive storytelling to be in your average crime film and pushes his way out. You can’t box him in. From “Wild Things” to “Normal Life,” he dabbles in the art of being bad, and doing it better than anyone can. But the best thing he does, is he normalizes the criminal element. He makes us, the average moviegoer, live in the world of the bad guys. He forces us to see their deeds with an unflinching gaze. Even worse, he makes us relate to them.

Starting with HENRY: PORTRAIT OF A SERIAL KILLER, his shocking and unforgettable film debut, he puts in a world we don’t want. A world that doesn’t want us. It’s filled with grease and grime and the sweaty goings on of an unforgivable world. It’s the cold, gray streets of Chicago. It’s a little like the world of today’s entry, THE BORROWER. Again, the film is about an outsider, this time an alien serial killer forced to live on our planet, thrust into a world it doesn’t understand. A strange, unforgiving world. And like, HENRY: PORTRAIT OF A SERIAL KILLER, we find ourselves viewing the world through the lens of this abandoned creature as it mangles and manhandles its way through the streets of a disgusting metropolis. A little like Michael Rooker’s ‘Henry,’ no?

Let’s backtrack a smidgeon before we get into discussing THE BORROWER.

John McNaughton had only directed one project before his massive debut, a documentary about organized crime called “Dealers in Death,” produced by the Ali brothers. A short while later, they gave McNaughton $100,000 to make for them a horror film. That turned out to be HENRY: PORTRAIT OF A SERIAL KILLER. He gave them shocking murder set pieces wrapped up in a deep, cerebral psychological paper. They were so stunned by this cinematic gift that they didn’t know what to do with it, and the film ended up in limbo. That story’s been told a million times when discussing his debut, but it works in relation to THE BORROWER, because when one watches his follow-up, you get the feeling that this is the film the Alis wanted. 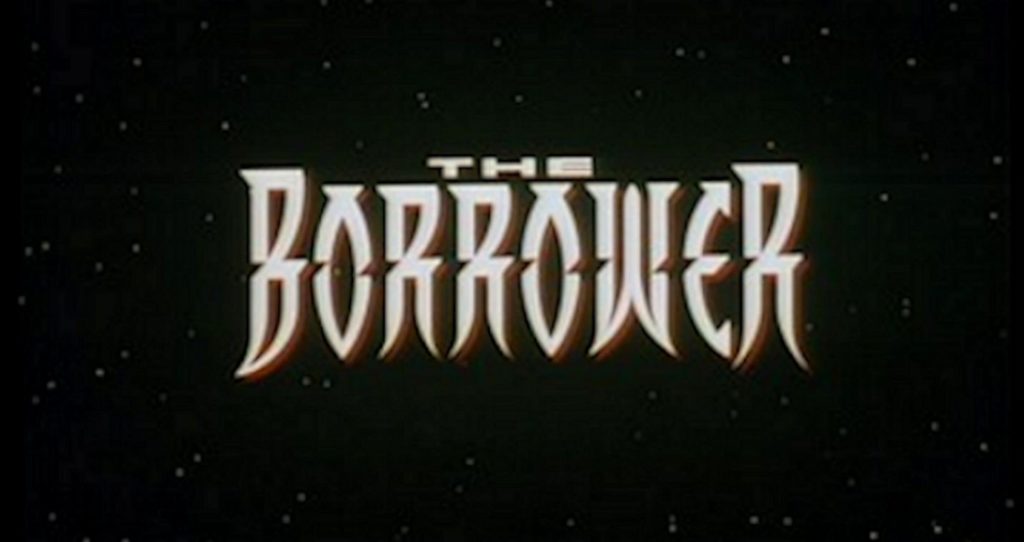 Shot for an estimated budget of $2,000,000, THE BORROWER is a wacky, often bloody, but nevertheless thrilling film. It’s essentially a fish out of water story about an alien serial killer who finds himself faced with the worse punishment possible in lieu of execution: he’s turned into a human and forced to live on Earth. The premise is set up and executed so quickly, it’s done within ten minutes. The alien has the rotten luck of losing its head as soon as it comes to Earth and comes up with an easier alternative. Just rip off someone else’s head and use it until the new head becomes useless, starting with the redneck hunter who has the decapitatory misfortune to cross its path.

See? Easy enough to whittle down the plot. And for the rest of the film, it breezes along for a solid 92 minutes right until the bloody climax.

As with all his films, McNaughton’s got something else in mind. He uses the alien to look at society as a whole. Again, we’re finding ourselves aligning with the monster. It’s a little like the converse of John Sayles’ BROTHER FROM ANOTHER PLANET, except instead of Joe Morton stumbling around a big city, it’s an alien with the head of a dog ripping up punk rockers. But it’s smarter than your average ‘monster run amok’ movie. The city is a nasty, awful place, filled with murderers, child abductions and drug addicted alley denizens. Truly, we should feel offended that an alien’s worst punishment is to live on our planet, but it’s easy to see that we’re just as awful. Maybe worse. 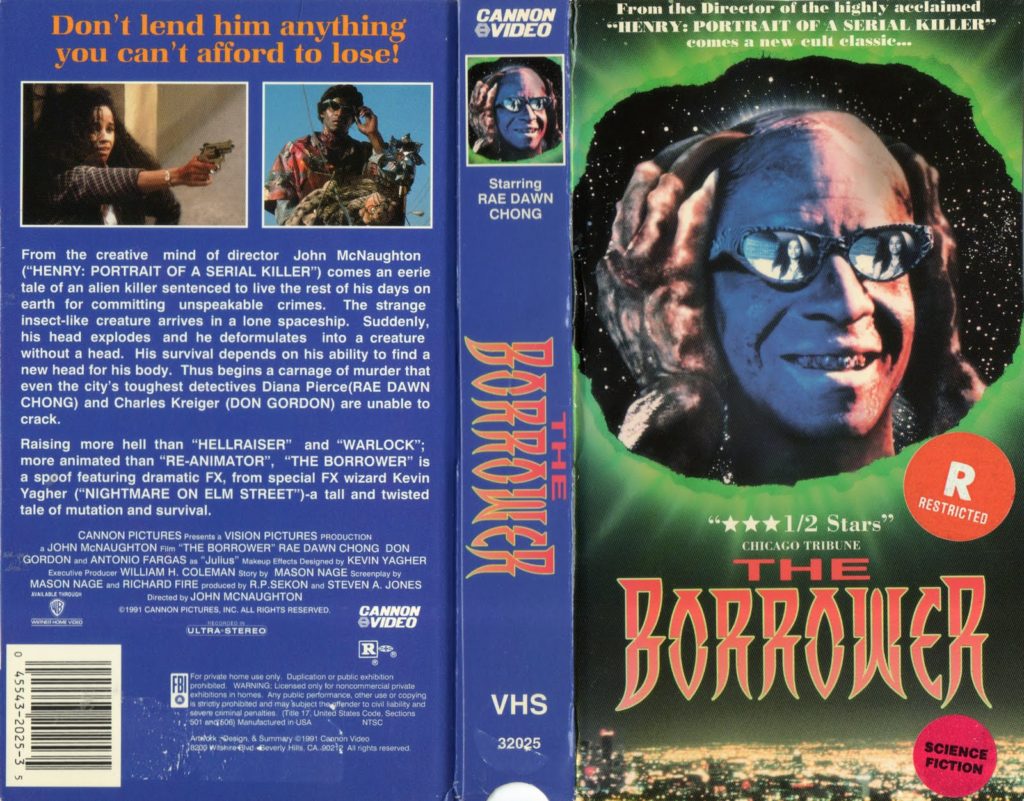 And speaking of that dog-headed alien attack scene, now it’s done in such a fun, over the top manner, it’s easy to bet that someone couldn’t help but have a laugh at the sheer outrageousness of it. But when it was viewed at a young age, probably too young for the average cinephile, it left nightmarish streaks across any viewer’s brain. This scene, and many of the decapitation scenes are effective simply due to the gruesome special effects courtesy of longtime genre stalwart Kevin Yagher.

Let’s move back to the story.

THE BORROWER is reminiscent of the other genre-bender alien movie THE HIDDEN. More than that, it feels like an X-Files episode, years before that show premiered. Running tangentially alongside the alien’s misadventures, we have perennial childhood (and adulthood) crush Rae Dawn Chong fulfilling the ‘hardened cop in pursuit of the monster’ role. She and the rest of the cast do serviceable and notable work in the investigation plotline and we watch as the two seemingly separate plots dovetail right into each other. 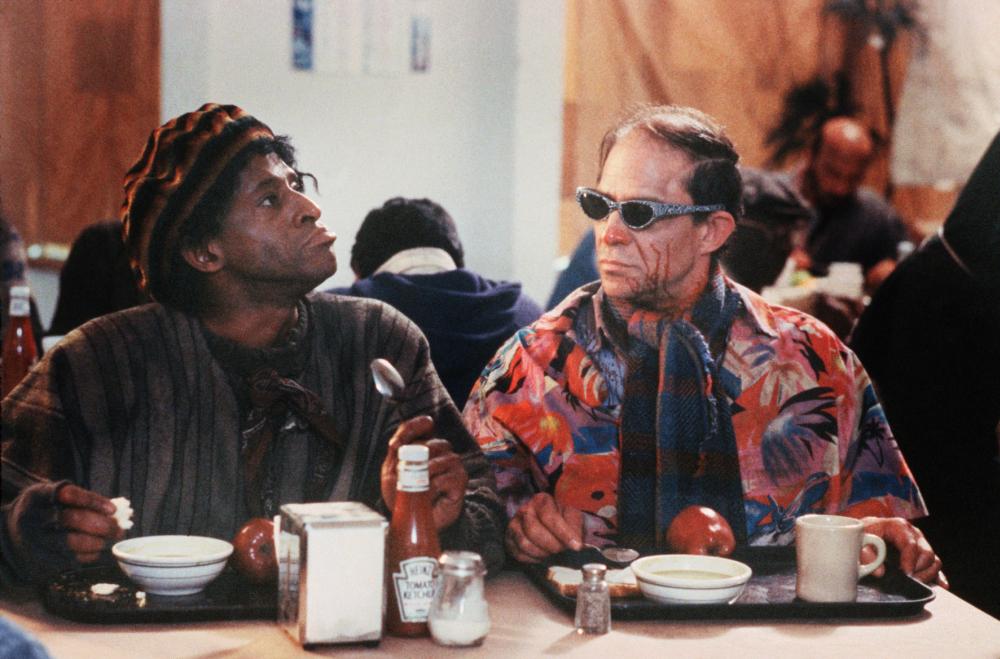 THE BORROWER reunites John McNaughton with many of his HENRY cohorts, starting with his co-writer Richard Fire being responsible for the partial scripting on this film. Look elsewhere and you’ll see Tracy Arnold in a small role as a nurse. Or the late, great journeyman Tom Towles as the aforementioned deadhead redneck hunter from the film’s opening. All in all, thirteen cast members worked with McNaughton in bringing this opus to life. If you dig even further, you’ll see Neil Giuntoli, a character actor who appeared in the sequel to HENRY: PORTRAIT OF A SERIAL KILLER, another mostly unseen film, released on DVD some years ago.

Like its predecessor, THE BORROWER had a tumultuous ride from production to distribution. According to McNaughton in an interview conducted by In the Flesh:

“As soon as Vestron backed out, Atlantic picked it up, but it was submitted to the MPAA and given an ‘X’ certificate, so they just walked out on the deal. We got an R rating and had to cut it 5 times, but I don’t feel the picture was damaged to the point where destroyed by any means.”

If one dives in further to look at the mangled history, it was made in 1988 by Vestron Pictures, but that company backed out. Then it was picked up by Atlantic Entertainment Group, and then when that company folded, it sat shelved until 1991, when it was released by Cannon Pictures. It additionally screened at the 1991 Toronto International Film festival as part of Midnight Madness.

Sadly, critic reviews were not mostly favorable for this entry. At Rotten Tomatoes, the film measures at just 30% fresh. Vincent Canby’s review posted in October of 1991, does seem to get what McNaughton was aiming for.

“Kevin Yagher designed the Grand Guignol makeup effects. Mason Nage and Richard Fire wrote the knowingly absurd screenplay. The deadpan cast is headed by Rae Dawn Chong, Don Gordon and Antonio Fargas. Make special note of Pam Gordon, very funny as a weirdly enthusiastic coroner who behaves as if she had been struck by lightning as a small child.”

Ditto for Richard Harrington’s review at the Washington Post:

“THE BORROWER is nowhere as disturbing, though it’s certainly gross enough to please horror genre fans. It’s also superior genre fare, better made than most despite a visibly low budget, which was spent on actors rather than effects. THE BORROWER is really more about mood and ambiance, a B film with higher aspirations, as well as clear models in the work of ’50s noir classicists like Sam Fuller and Robert Aldrich. It’s obvious that McNaughton is after more than just a genre audience. There’s a patience to his plotting, depth in his direction and respect for both the wit and terror suggested in the script by Mason Nage and Richard Fire (the latter also did the screenplay for HENRY). It’s no HENRY V and it’s no “HENRY: PORTRAIT OF A SERIAL KILLER, just a stylish side trip for a very promising director who clearly prefers the edge to the middle of the road.’”

As of now, we’re 25 years down the line from the abbreviated release of THE BORROWER. We’re fortunate as horror fans to have genre boutique labels like Arrow Video, Twilight Time, or Scream Factory putting out exhaustive and comprehensive discs for many a forgotten feature. Let’s hope that one of these days, one of those labels will finally shine a light on this migraine-laden shocker and give everyone a new film to sit on their shelf.

Until then, try not to lose your head. 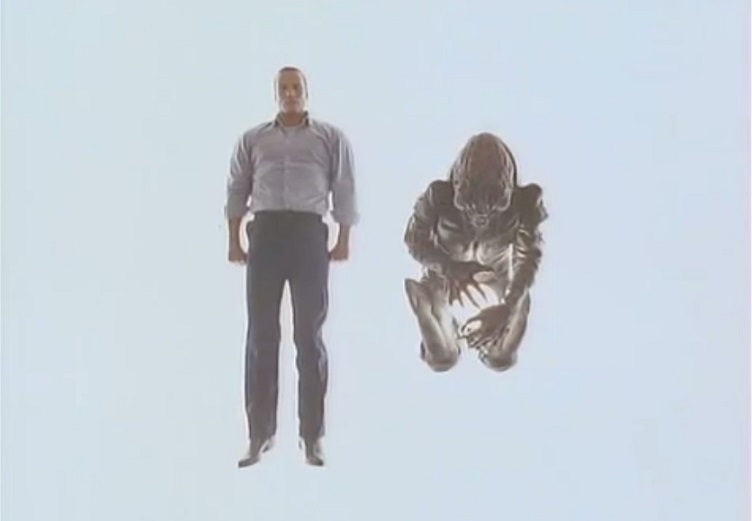