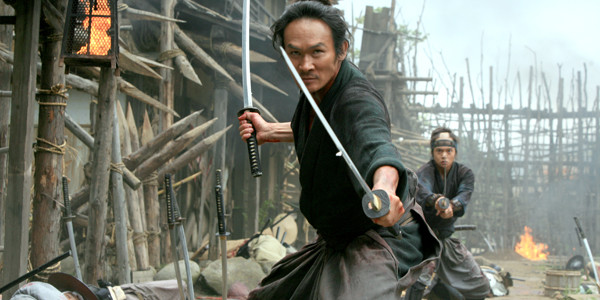 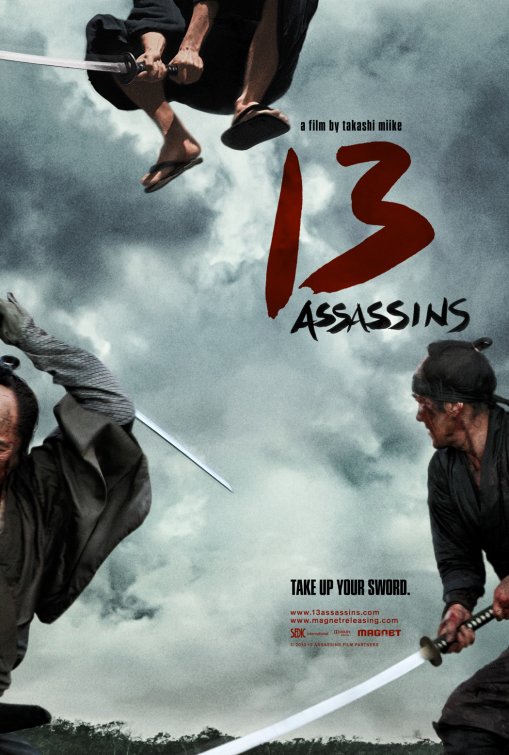 The Elevator Pitch: Thirteen samurai assassins are sent to dispose of an insane dictator.  Here be political subtext.

Why I Recommend It So Highly: Takashi Miike is one of Japan’s most prolific and provocative directors. His movies careen from genre to genre, although he is most notorious for unflinching scenes of horrific scenes of torture and extreme violence that thrill his admirers (including Quentin Tarantino) and disturb the squares (or the reasonable).  I can’t claim to be an authority on Miike, but 13 ASSASSINS is surely one of his most masterful orchestrations. He’s working on a grand scale here, starting with a story that has some basis in history and was dramatized once before, in 1963. 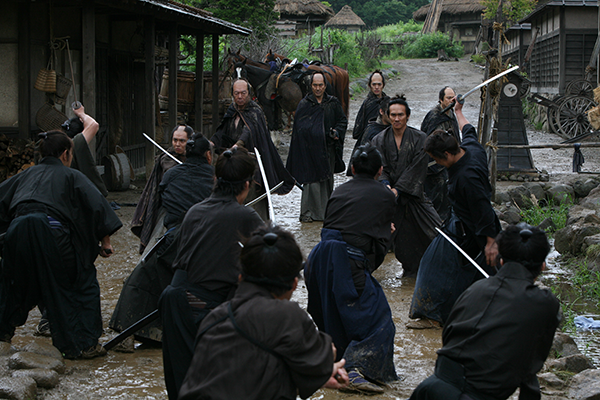 The first three-fifths or so of 13 ASSASSINS is a run-up to the rest — there are brief and terrible outbursts of cruelty that firmly establish the threat that the maniacal noble presents, and make it clear that he needs to be removed. (Indeed, as an audience we crave it, this guy’s so awful.) But these violent scenes barely prepare us from what is to come; the majority of the movie is a relatively subdued chamber drama compared to the absolute carnage of the final act, where the titular baker’s dozen engineer a small village to be one large deathtrap for a retinue of two hundred enemies. 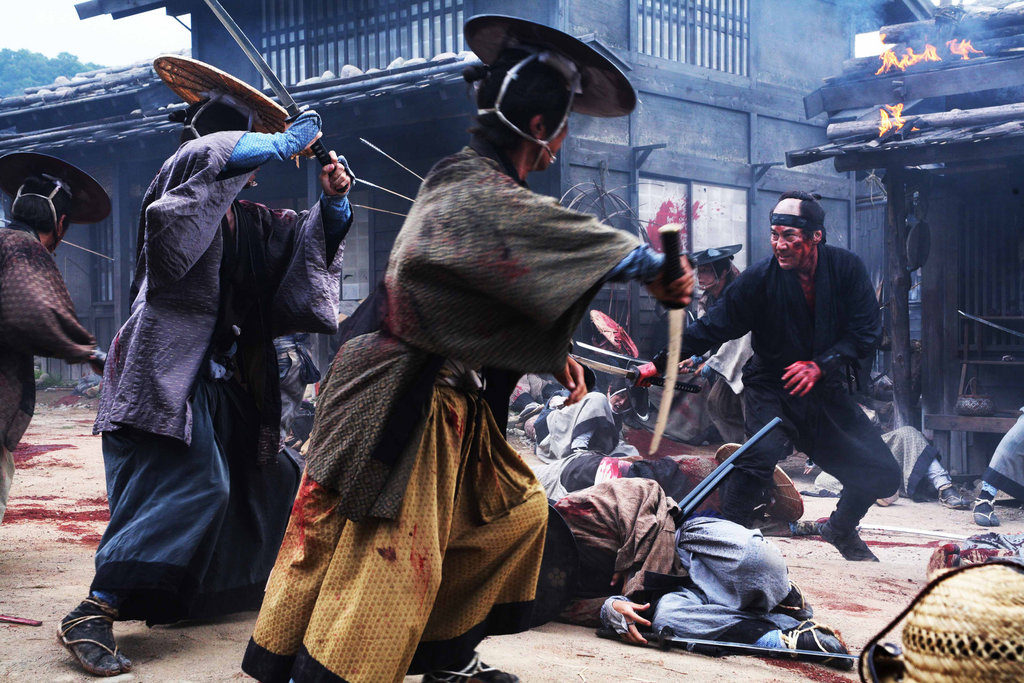 It’s difficult to overstate the literal awesomeness of the final battle, even if I were to go into the gory, inventive details, nor the mastery with which Miike conducts it. If you are a fan of action cinema, you simply must see this movie or your opinion doesn’t count. Does that sound like a mean thing to say? It’s because this movie quite unsubtly provides a political philosophy that is very compelling: The enemy forces are commanded by an old ally of the leader of the band of thirteen. The leader is loath to battle his friend, but the guy is just plain on the wrong side of the argument. He may be a good man carrying out his sworn duty, but he’s acting on behalf of a power-mad rich-kid who rapes and kills on a whim. In the end, it’s suggested; mercy can be shown to no enemy, even if decent men may stand on the wrong side. Here in America, with so many backwards arguments still being raised by the party of the privileged and slowing down civil rights, this philosophy is not without significant implications.