This is pretty far from typical Daily Grindhouse fare, but since TWO LOVERS is playing this evening at Metrograph and it’s a movie I find interesting and well worth seeing, especially with THE LOST CITY OF Z incoming, I thought I’d share what I wrote back in 2009 about this earlier effort from one of today’s smartest filmmakers. Clearly, I wrote this while Joaquin Phoenix was doing his I’M STILL HERE stunts, well before THE IMMIGRANT (not to mention THE MASTER and INHERENT VICE). 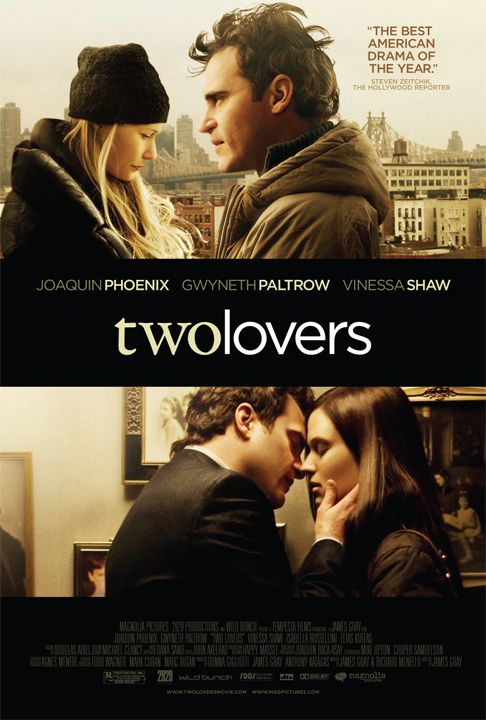 TWO LOVERS co-writer/director James Gray (THE YARDS, WE OWN THE NIGHT) obviously loves the movies of the 1970s, both aesthetically and ideologically.  I appreciate the way he builds his movies around the characters, particularly at a time in cinema history where that is a very rare quality.  Some of his movies work better than others, but this one in particular worked for me more than it didn’t.

Joaquin Phoenix, in an intense, internal, non-stunt performance that all of his detractors should see before ever discounting him, plays Leonard, a nice Brooklyn Jewish boy with some apparent mental issues. He’s torn between two loves, the nice Jewish girl his parents would like to see him with (Vinessa Shaw, not a bad option at all!) and the far blonder, far flashier girl who lives across the way (Gwyneth Paltrow, in likable mode).  Paltrow’s character is in turn torn between Leonard and an older, scarier man with whom she’s enacting an affair (the always-great Elias Koteas).

TWO LOVERS runs on interesting, almost suspenseful twin engines.  In the first scene, Leonard tries (and obviously fails) to kill himself, so ever after that, you’re just waiting for him to bug out again.  The movie has some surprises for you there.  The other main question to be answered, considering this quartet of characters, is:

I like when a movie gives you a brain-teaser like that one.  I also really liked the cinematography by Joaquin Baca-Asay, and not only because it’s rare for an American-made movie to have more than one Joaquin on the crew:  The film’s palette is warm when the characters are indoors, and icy-cool when they’re outside, particularly at a couple key moments.  Filmmaking decisions such as these are what makes a thoughtful movie that much more worthy of being pondered.  TWO LOVERS may be a movie that I respect more than I actually enjoy, but that’s because it’s harsh and occasionally brutal, like life and love very often are. While this may not be James Gray’s single best movie, it’s certainly raw and seemingly personal and courageously imperfect. It’s not the classic example of the work of which I believe both Gray and Phoenix are capable, but I really hope to see them continue to make movies, because if this isn’t a masterpiece, it sure is the kind of job that promises one is coming.