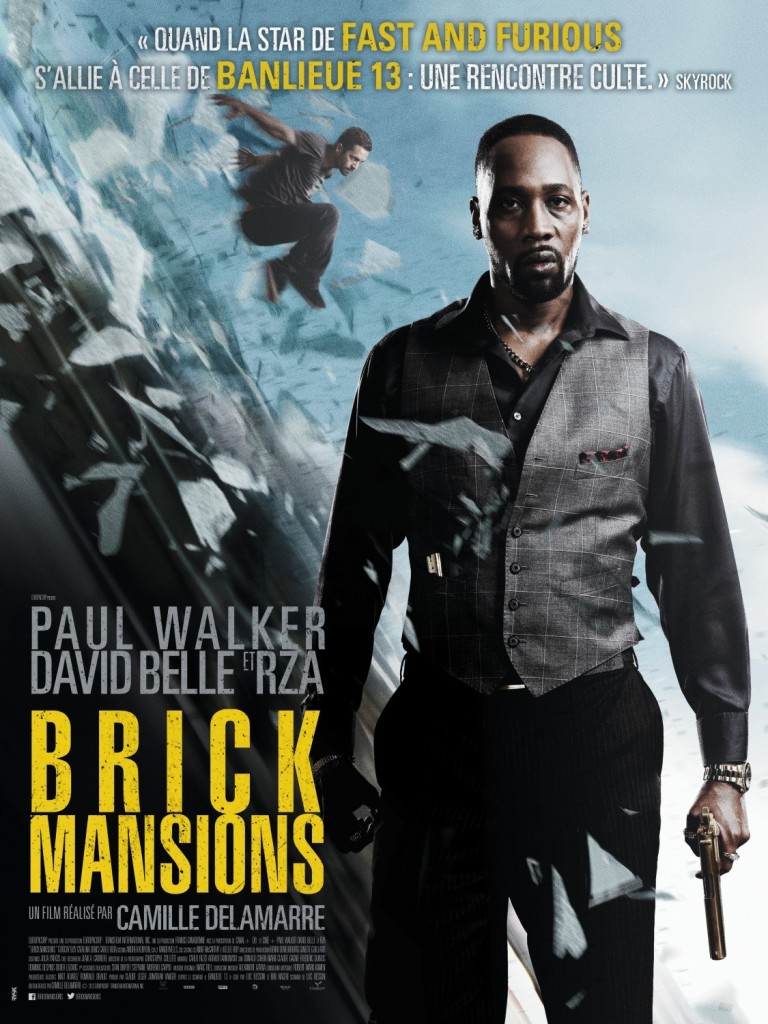 A sort of re-imagining of the French film DISTRICT 13, this movie is destined to be remembered foremost and only as Paul Walker’s last film, and that’s fair. In my opinion Paul Walker was just starting to get really interesting as a star — the way pretty actors like George Clooney and Brad Pitt really got going in their late ‘thirties and early ‘forties, but Walker was way less distracted by prestige pictures than those guys and way more willing to give all his energy to silly action movies. 2006’s RUNNING SCARED showed how Paul Walker was willing and able to go for broke; PAWN SHOP CHRONICLES, his 2013 reunion project with RUNNING SCARED‘s director Wayne Kramer, was several miles closer to character-actor crazytown. PAWN SHOP CHRONICLES is awful, but watch it for Paul Walker and see something unexpected and fantastic. Not quite Brad Pitt in 12 MONKEYS, or Clooney in HAIL, CAESAR!, but kinda. Plenty of potential. It’s really a goddamn shame he’s not around to make plenty more B-pictures (and of course to live a long healthy life, since by all accounts he was a great guy off-screen too). One thing you can definitely say about Paul Walker as a star is that he was generous — what are the FAST & FURIOUS pictures but an object lesson in a guy who for all the world looks like the hero ceding his hero shots over to other performers? You could argue that guys like The Rock upstaged him, or that the storylines started to sideline his character, but I happen to believe that vanity is highly detectable when it gets in front of a movie camera, and I didn’t see that in Paul Walker. Certainly on a smaller project like BRICK MANSIONS you could expect an above-the-title name to hog more close-ups, but again, Walker lends plenty of screentime to his co-stars, to admittedly mixed results. David Belle, the parkour virtuoso who starred in DISTRICT 13, the French film upon this one is based, is just plain not an actor, and I don’t have confirmation on this but I could swear his dialogue is entirely dubbed. But when it’s time for running and flipping and kicking, he gets the job done.  Then there’s The RZA, also not an actor, who is assigned here a fairly ridiculous villain-to-hero arc but carries it home with the nimbus of goodwill he’s accumulated from prior projects. Really, it’s worth it to hear him say the words “surveillance camera.” 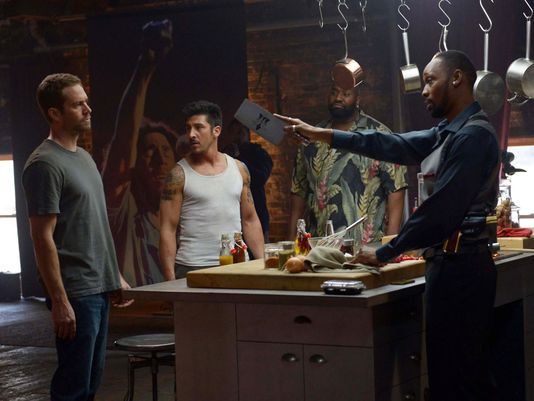 It’s an odd grouping, but between them these three make a likable, watchable crew. BRICK MANSIONS isn’t well written and it’s even less well directed, but for fans of the FAST & FURIOUS series there are some similar pleasures to be had. A lot has been written about the multicultural appeal of that series; here some of the same ingredients — loud action scenes, hip-hop stars, Paul Walker — are introduced to an international element. It’s still not enough to make BRICK MANSIONS particularly memorable on its own, but it’s goofy and enjoyable for as long as you’re watching it, and that seems to be how Paul Walker liked to do it.

Also, for all you eagle-eyed feminist types out there: Believe me or not, but BRICK MANSIONS passes the Bechdel test.