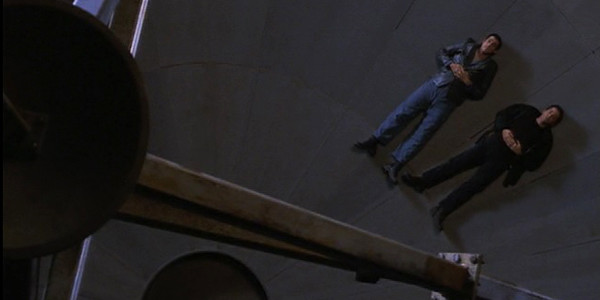 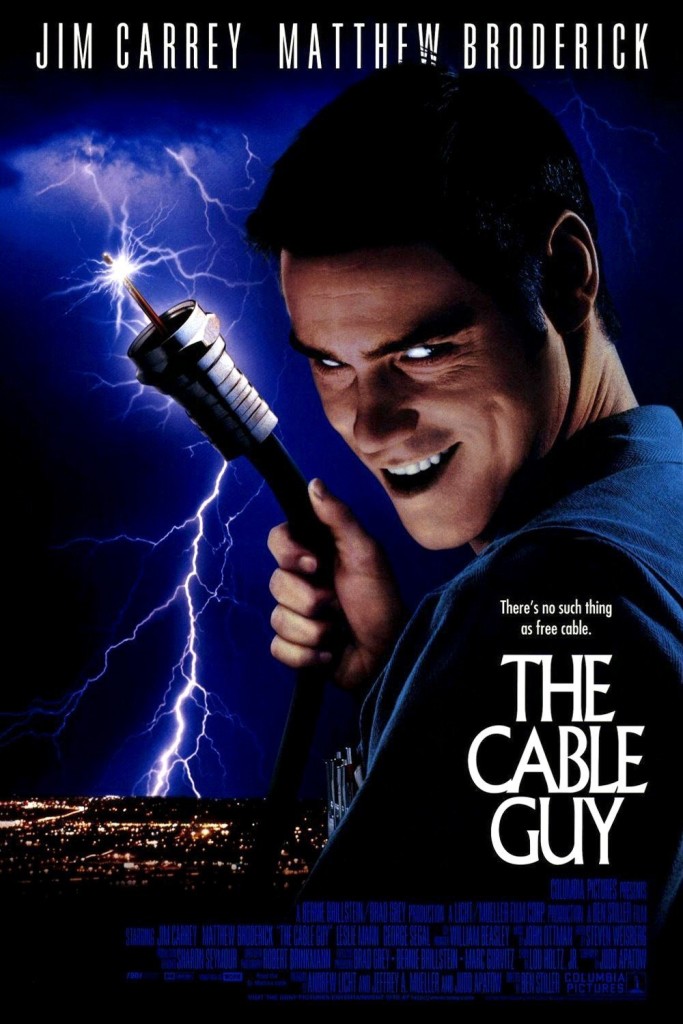 It’s interesting to me to look at movies in the context of when they were released, to think about why they did or didn’t work then. It often has very little to do with matters of quality. Timing matters. Tone matters. Expectations matter. Sometimes movies take a pounding when they deserve a friendlier reception. Sometimes people are ready for something a little subversive, and sometimes they most certainly are not.

THE CABLE GUY is the movie that Jim Carrey made at the height of his explosive burst of mega-fame in the mid-1990s. The movie, about a cable-TV installer who becomes fixated on Matthew Broderick’s hapless character, turned out to be way more dark and disturbing than most people were willing to handle, though in retrospect I guarantee it might have gone over better if it had been released ten years later. In 1996, it wasn’t a bomb, but it wasn’t a huge critical or commercial success either, and all of the press focused more on Carrey’s huge paycheck rather than the movie.

However, the movie had a cult following right from the beginning, and I know this because at nineteen I was just the right age for it — I saw THE CABLE GUY twice the summer it came out, I thought it was hilarious then, and I still do. Back then I loved it for Jim Carrey. Nowadays I marvel at how deep that bench was. What was less well-publicized about the movie was that it was directed (excellently, snappily, occasionally moodily) by a guy called Ben Stiller, had a (brilliant, bizarre) extended cameo from a guy called Owen Wilson, and produced by a guy, barely even thirty, called Judd Apatow. The leading lady is Leslie Mann, the now-Mrs. Apatow and comedy star in her own right. Jack Black, Bob Odenkirk, and Eric Roberts all make brief appearances, among many other people you’d recognize much quicker today than you might have back then. Jim Carrey isn’t burning quite as bright as he did back then, but some people in this movie are still climbing. Life is funky.

The AV Club did an extensive interview with Judd Apatow for the 15-year-anniversary Blu-Ray release of THE CABLE GUY that’s worth revisiting. As of today it’s been twenty years. (Yikes!) The movie is also worth re-visiting, not just because of its relative importance in the recent history of film comedy, but also because it still holds up with plenty of major, major laughs. I can prove it, too, because now we have YouTube:

P.S. Does this dude right here count as the world’s worst sequel? 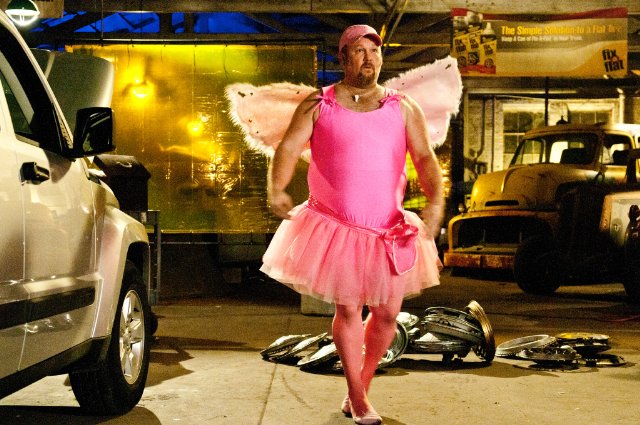