Home  ⁄  The Wire  ⁄  [MOVIES OF THE FUTURE] PHOBE: THE XENOPHOBIC EXPERIMENTS 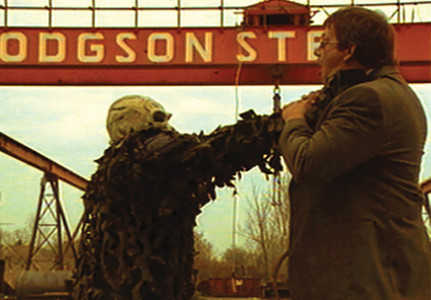 Just when it seems like the last of the micro-budgeted, shot-on-VHS genre epics of years gone by have been dusted off and given a shiny new home video release, Severin Films and Intervision Pictures go spelunking in the darkest cable access corners of Canuxploitation and emerge with PHOBE: THE XENOPHOBIC EXPERIMENTS. The fully remastered release for this most obscure of oddities is set for

At the start of 1994, writer/producer/director Erica Benedikty was just another part-time employee at a cable access channel in Niagara, Ontario. A year later, she was the mastermind behind the most epic, action-packed ode to late ’80s knockoffs of THE TERMINATOR and PREDATOR a $250 budget could buy. In the best DIY-filmmaking tradition, Benedikty shot and edited PHOBE over the course of a year, working on it over weekends with the help of friends and volunteers. Complete with visual effects reminiscent of the early CGI used in THE LAST STARFIGHTER, light sabers, laser gun fights, explosions aided by generous use of smoke bombs, and a glorious space mullet, the film featured all the greatest hits of DIY-genre films. After completion, PHOBE aired on the cable access channel where Benedikty worked, quickly becoming a local hit and playing film festivals. While the film remains a cult favorite of Canuxploitation enthusiasts, it quickly disappeared from mainstream view and was all but forgotten…until now. 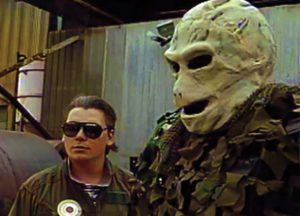 Severin is giving PHOBE fans an embarrassment of riches for the home video release. These include an audio commentary by Benedikty, her follow-up feature BACK IN BLACK, a “making of” featurette by Josh Johnson (director of REWIND THIS!), A Q&A with the cast and crew following a screening of the film in St. Catharines, Ontario, outtakes, and much more than I can list if I want to keep this piece at a manageable word count. 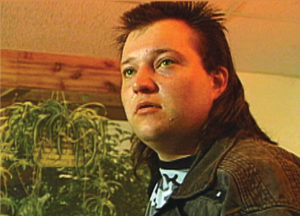 We will hopefully have a review of the Severin release in the near future. Until then, dig on that terrific trailer and remember, the space mullet will never, ever go out of style.