So this movie was maybe inevitable — I have to be honest, it struck me as a funny idea at first, but then I thought back to my childhood, back in the days when people still used Polaroid cameras (yay, I’m old!), and could actually visualize this as a horror premise. Unlike the cameras of today, in which pictures take no time to develop at all, Polaroid cameras always came with that built-in suspense, that moment in between taking the picture and seeing the results — played right, there’s an opportunity for chills there!

When I was a kid, my friend’s mom showed me spirit photographs taken with a Polaroid. She pointed to what she believed to be ghosts captured on camera. It’s up to you if you want to buy into that kind of thing, but we can all agree that’s a fucked-up thing to show a little kid, right?

Anyway, here’s the trailer for POLAROID, due on August 25th: 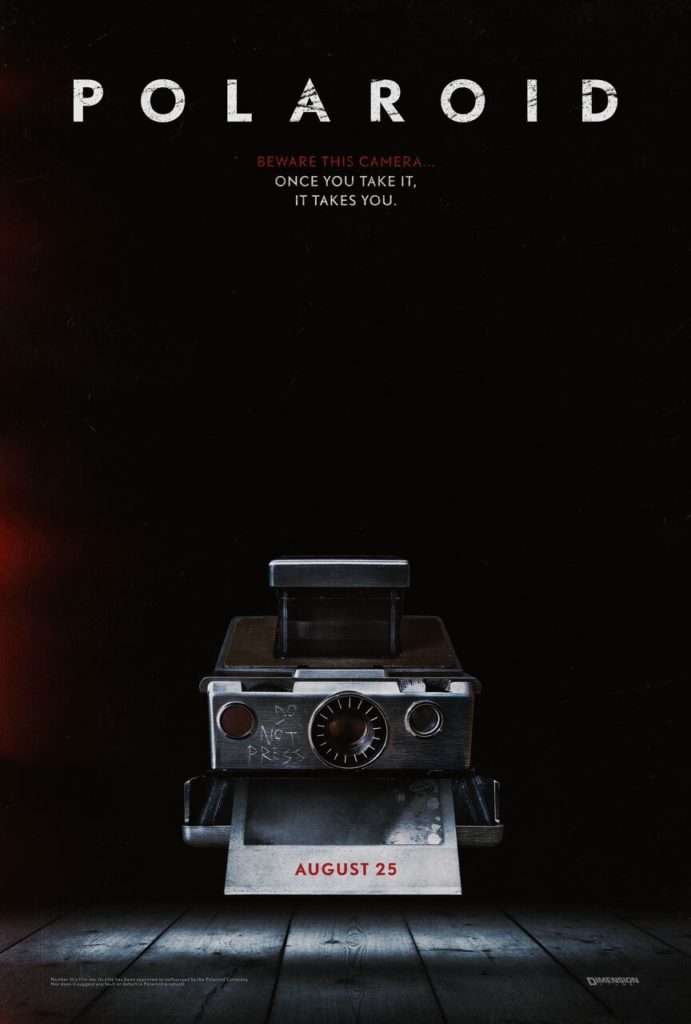 From the producers of the THE RING and THE GRUDGE and based on the award-winning short by Lars Klevberg, comes the next iconic and bold new vision in horror: POLAROID. High school loner Bird Fitcher has no idea what dark secrets are tied to the mysterious Polaroid vintage camera she stumbles upon, but it doesn’t take long to discover that those who have their picture taken meet a tragic end.