I know all of you are aware of a little company called Blue Underground, owned and operated by Bill Lustig (VIGILANTE, MANIAC COP). They are certainly one of the super-powers when it comes to putting out great horror and exploitation fare on dvd & blu-ray. They’ve brought their slick sleaze to Netflix Watch Instantly before, and we’ve recently gotten a whole crop of Giallo films from them. Though these films have been available for some time on dvd for the most part, I still get a sense that some folks have yet to dip their toe into the bloody waters of this genre. It’s pretty addictive stuff  once you get rolling. 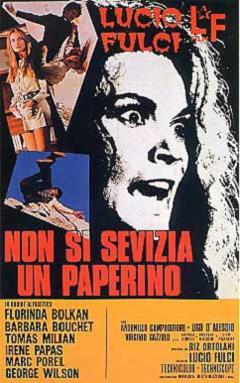 Let’s start with Mr. Lucio Fulci’s DON’T TORTURE A DUCKLING, which many claim may be his best film. Then you’ve got Argento’s DEEP RED (also arguably him at the top of his game) and INFERNO (his very enjoyable follow-up to SUSPIRIA). I don’t feel as much love out there for INFERNO as there should be. Sure, it’s not particularly cohesive, but it demonstrates some of Argento’s trademark visuals and contains some really memorable stuff. For more solid Argento, also check out OPERA which has been on Instant for a bit already. 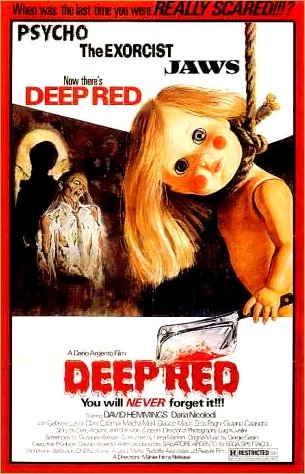 Now, I’ve wanted to see PHOTOS OF A LADY ABOVE SUSPICION for years, ever since I first saw the great Mr. Peel write about it. Heard several colleagues speak highly of THE BLACK BELLY OF THE TARANTULA so that’s another one that’s been on my radar for a while. Can’t go wrong with a cool Morricone score (which FORBIDDEN PHOTOS also has). Beyond that, for Franco Nero fans there’s always THE FIFTH CORD.  And If you dug Mario Adorf in THE ITALIAN CONNECTION, you should give him a look in Aldo Lado’s  SHORT NIGHT OF GLASS DOLLS. Lado would later direct THE NIGHT RAIN MURDERS (a favorite of Eli Roth’s if I recall). Another from Lado stars one of my favorite James Bonds, George Lazenby in WHO SAW HER DIE? 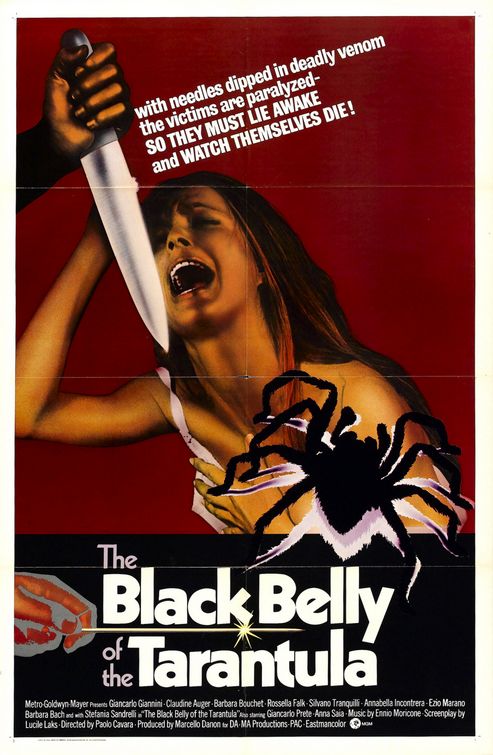 Check out my whole list below for more Italian delights:

THE BLACK BELLY OF THE TARANTULA (1971; Paolo Cavara)

FORBIDDEN PHOTOS OF A LADY ABOVE SUSPICION (1970; Luciano Ercoli)

THE PERFUME OF THE LADY IN BLACK (1974; Francesco Barilli)

SEE YOU NEXT WEEK,