Netflix announced yesterday that it will be re-launching nearly two genre dozen television series that were, according to a press release, “cancelled before their time.”  Citing the successful revivals of “Arrested Development” and “Star Wars: The Clone Wars,” Netflix CEO Reed Hastings suggested that the line of “cult favorites” would bring long-awaited closure to the streaming giant’s loyal fan base of television binge viewers.

“We’ve done extensive research into what the public really wants,” Hastings commented, “and we’ve determined that they just want to see a bunch of stuff that seems vaguely familiar.” 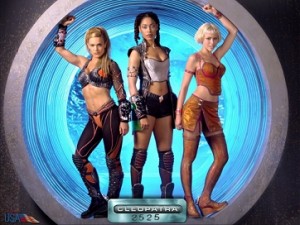 The renewed series, to begin appearing on streaming this fall, include such favorites as “Push, Nevada,” “Gary the Rat,” “Threat Matrix,” “Cleopatra 2525,” “Deadly Game,” “Holmes and Yo-Yo,” “VR. 5,” “Strange Luck,” “Homeboys in Outer Space,” “Dark Skies,” “666 Park Avenue,” and a special new crossover series entitled “Automanimal.”  With the exception of “Gary the Rat” voice Kelsey Grammar, none of the original cast members of any series are expected to return to the shows’ revived second seasons.

“These are television shows that didn’t reach their full potential, but despite that, received a cult following of dozens of devoted fans,” Hastings added, “and the rights to them could also be picked up really cheaply.”

“Granted, some of these shows may not be as well-known as others, but we certainly have some additional surprises coming up as well,” Hastings teased.  “Does the name Joss Whedon mean anything to you?”

“Well, I hope it does, because we’re happy to report that we’ll be reviving the television series ‘Drive,’ produced by ‘Buffy the Vampire Slayer’ episode director Tim Minear!  As this ended on a cliffhanger, we’ll finally be able to see what happened to Alex Tully after the events of episode seven, an ending that has had thousands of anxious viewers left waiting with baited breath!”

Hastings also mentioned that “Drive” star Nathan Fillion will not be returning, and the character will now be played by Dan Cortese. 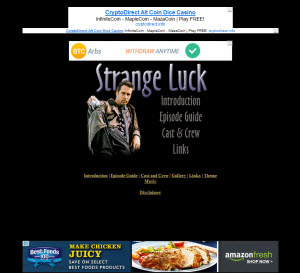 Fan reaction to the revivals has, thus far, been tempered.  “It’s nice, obviously,” remarked Sherman Parafin, who maintained a “Strange Luck” GeoCities fan page called “Chance Encounters” until 1998, “But I kind of forgot what happened at the end.  I guess maybe I’ll watch it when it shows up, if I’m not busy with the kids.  Or they haven’t put out any new ‘House of Cards’ episodes.”

“We hope that by continuing to provide programming for genre fans based on the programs that have been shown to have proven fan bases, we can continue to be a leader of entertainment resources,” Hastings concluded.   “We’ll give new life to anything that ever had a presence at the San Diego Comic Con, no matter how small the fan base may be.  Except ‘Heroes,’ because we’re not idiots.”