Home  ⁄  The Wire  ⁄  NEW CLIP FROM ANDREW LAU’S THE GUILLOTINES; ON VOD TODAY FROM WELLGO USA

There’s a growing number of films that have started as remakes of Jimmy Wang Yu films. Peter Chan’s WU XIA (titled DRAGON here in the states) was at one time a remake of THE ONE ARMED SWORDSMAN, Andrew Lau’s THE GUILLOTINES was going to be a remake of MASTER OF THE FLYING GUILLOTINE (a sequel to ONE ARMED BOXER). Fortunately, both directors came to their sense and created an original project.

THE GUILLOTINES is slicing onto VOD platforms in the US today in advance of a June 14th limited theatrical release. The Twitch crew got their hands on an exclusive clip from the film. So far, this has a bit of a mixed reaction from me. I didn’t like the first trailer, loved the second trailer, and mildly dig this clip. Still, anxious to get eyeballs on this. You Bastards amped to see this? 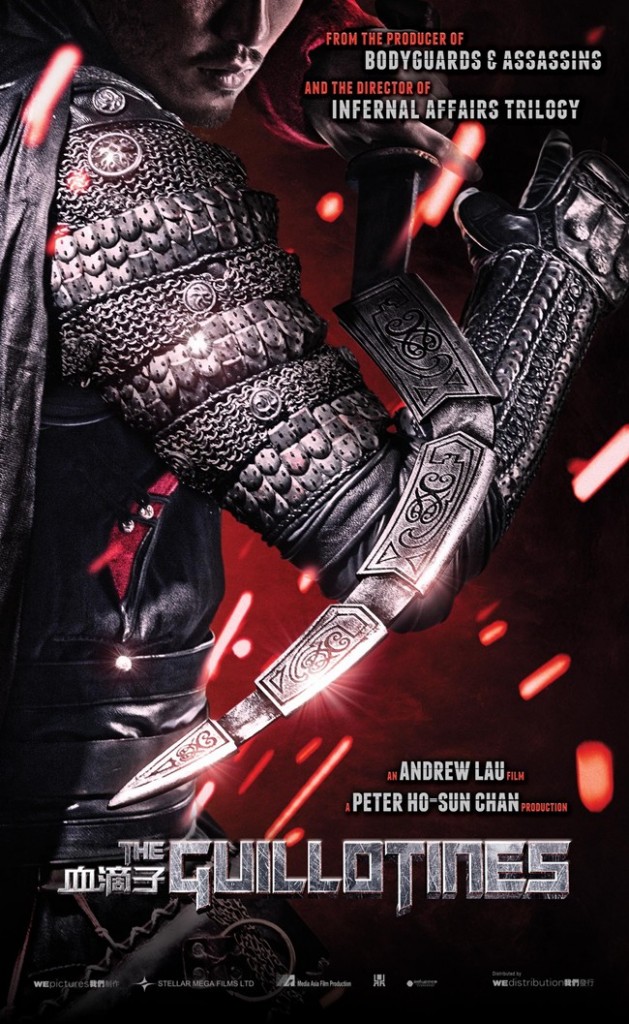