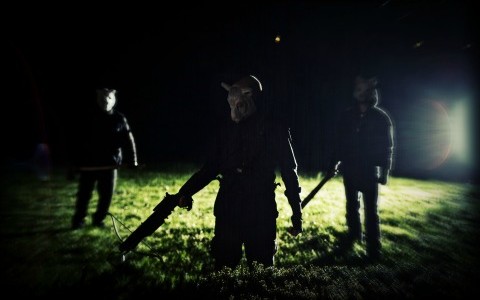 The first trailer for Adam Wingard’s YOU’RE NEXT has popped up, and this shit looks all kinds of creepy. I was late to the Wingard party. I didn’t really start taking note of the kid until A HORRIBLE WAY TO DIE, a subtle and horrific film that just couldn’t pull out the home-run due to an ending I thought was kind of weak. Since then, he has turned out a pretty cool filmography and it looks like things are getting just flat our creepy with this latest film which features the return of his favorite actors AJ Bowen and Lana Hughes, not to mention the great Barbara Crampton. What do you think? 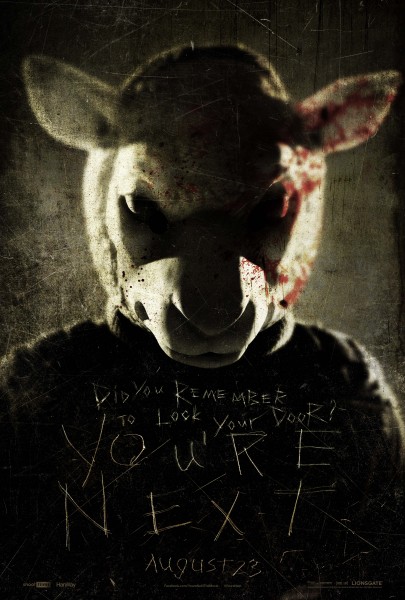 The Skinny on the Flick:
One of the smartest and most terrifying films in years, YOU’RE NEXT reinvents the genre by putting a fresh twist on home-invasion horror. When a gang of masked, ax-wielding murderers descend upon the Davison family reunion, the hapless victims seem trapped…until an unlikely guest of the family proves to be the most talented killer of all.