Things I would rather watch instead of the new A GOOD DAY TO DIE HARD TV spot:

Still there? Shit. Well, here it is; the latest attempt to further destroy a once cool character. The fourth sequel sees McClane going to Russia to find an imprisoned Judge Reinhold… or something. 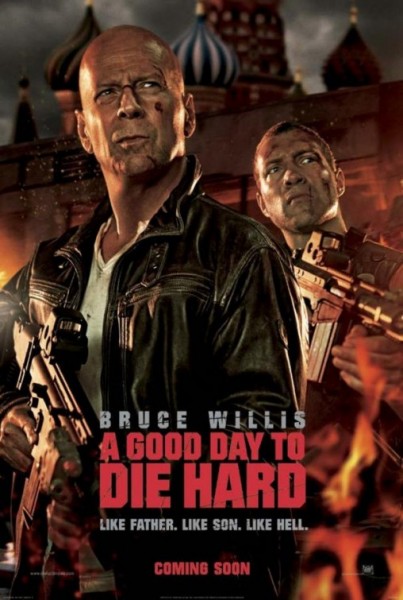 THE SKINNY ON THE FLICK:
Iconoclastic, take-no-prisoners cop John McClane, for the first time, finds himself on foreign soil after traveling to Moscow to help his wayward son Jack–unaware that Jack is really a highly-trained CIA operative out to stop a nuclear weapons heist. With the Russian underworld in pursuit, and battling a countdown to war, the two McClanes discover that their opposing methods make them unstoppable heroes.