Regular readers of NO-BUDGET NIGHTMARES might remember that last year I was introduced to the BLOODY CUTS project; a series of 13 short, anthology-style films created by filmmaker Ben Franklin. These British shorts emphasize high production values and camera work, and I was quite impressed by the quality of the first two releases: LOCK UP & STITCHES, which proved to be more like terrifying vignettes than traditional anthology pieces. I’ll admit to being mightily curious about what was to come, and have kept up on the progress of the following shorts since then. With the recent release of their fourth short MOTHER DIED, I thought it would be a good opportunity to revisit the project and see if they’ve been able to keep up the level of quality.

I should mention that, as in the previous article, I won’t be doing a traditional review of these two short films. My hope is that when all 13 have been completed, the anthology can be released as a whole and then properly evaluated as a finished product. My enthusiasm for the project comes, simply, from seeing so many examples of horror shorts (and features) done wrong: Tossed off, poorly shot, and with weak writing and weaker acting. To see a group who have assembled the crew and put the time and effort into making things look and feel right is enough to get my film nerd senses tingling. These are lovingly crafted pieces, and should be celebrated as an example of how to do a tough genre correctly.

But enough reverence. Have the next two short films in the series – PREY and MOTHER DIED – kept up the quality of the first two? 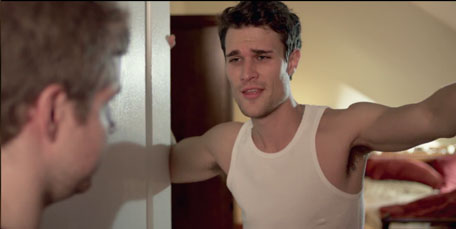 Well, the most striking difference between PREY and the previous two films is that it’s much more of a traditional portmanteau. Mostly abandoning the vignette form, we instead get a story with a beginning, middle and end in proper Amicus anthology style. In fact, the plot’s final moments, where a despicable character gets a violent comeuppance, is very much in the style of the EC comics of the 1950s like VAULT OF HORROR and TALES FROM THE CRYPT – though with the twist that the scumbag in question has drugged and raped a woman, and we get to spend the next morning with him as he tries to piece together the previous night’s events. 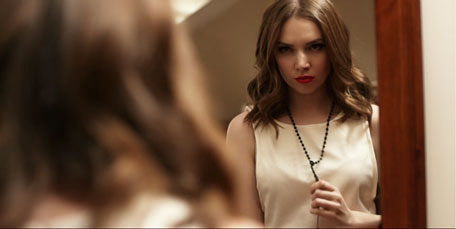 At eight minutes, it also runs a bit longer than the previous films. While the big reveal is never in doubt, the scares that follow – which borrow liberally from the imagery of popular Asian horror like RINGU and JU-ON – hit big, and the unique, jumbled presentation makes for a fun, tight ride. Spending so much of our time with such an unpleasant character might get a bit tiring in a thirty minute sequence, but the pacing works in the short form, and the end result is appropriately violent. Co-directors Jonny Franklin and Ben Kent bring a lot of visual style to the table, while the script has enough light moments to avoid the whole thing feeling like a particularly twisted  after-school special. A fine effort, and possibly a sign of what is to come from the series.

Of course, then MOTHER DIED subverts those expectations entirely. A new height for the series as a whole, the plot has a final, wonderfully effective twist that I won’t spoil here. It also features the series’ first truly stand-out performance from actress Sarah Winter, who – despite spending the film surrounded by corpses – brings a warmth to a character that could easily have been chilly and distant. Much credit has to go to director Neill Gorton who knocks this one out of the park, using the few sets effectively and subtly switching from smooth dolly shots to handheld work as the tension mounts. There are some final special effects that are a little iffy, but that’s a minor complaint in what has to be seen as a major accomplishment for all involved.

Frankly, the BLOODY CUTS series as a whole has taken quite a different turn than I expected. While the first two shorts only hinted at larger horrors, shorts three and four face them head on – and expand on the ideas in numerous fascinating and terrifying ways. While MOTHER DIED is the clear winner here, both shorts show an evolution in concept, making me curious what could possibly be yet to come. Whatever it might be, as long as they continue this commitment to quality both in front of and behind the camera, the sky is the limit for the BLOODY CUTS crew. I’d be surprised if we didn’t hear an announcement about a feature length project in the foreseeable future, and I’m definitely excited to see what can come from this many talented participants being let loose on a full length script. Highly recommended for horror fans and potential film-makers.

To view the BLOODY CUTS shorts, and to keep up on the new releases, visit http://www.bloodycuts.co.uk

Join us this week for an interview with Bloody Cuts Writer/Script Supervisor Joel Morgan!