I would normally give you my two cents on what I think, but I am just going to get out of the way and let you soak in the cool that is going to be dropping on August 14th. Dig it! 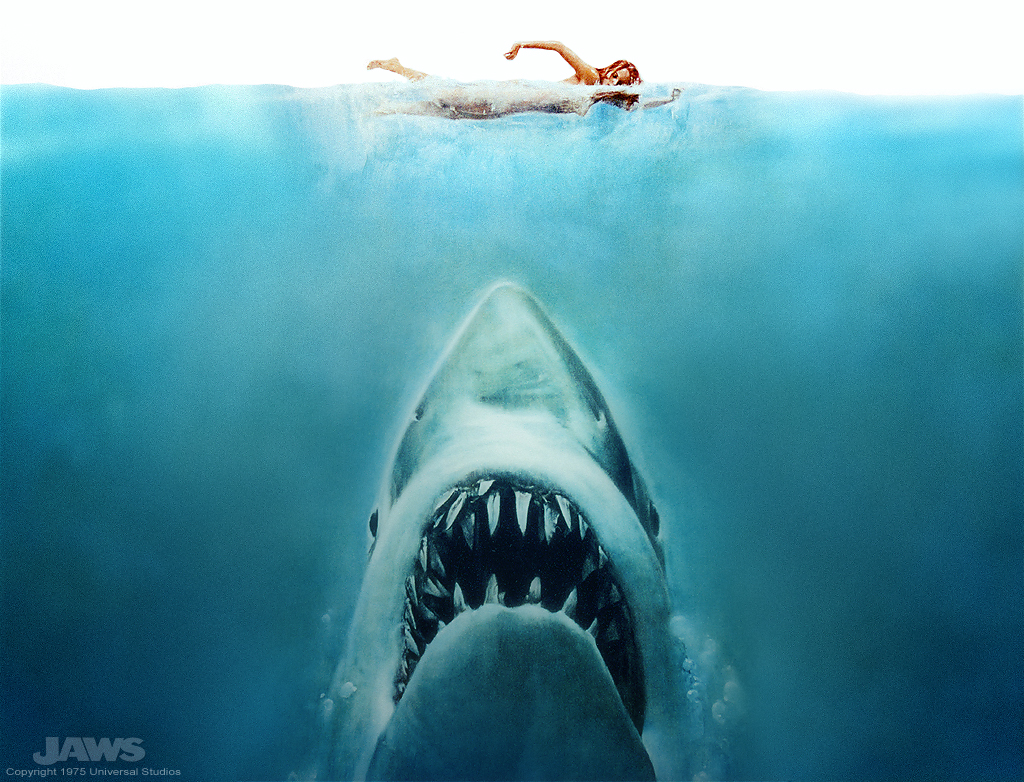 for the First Time Ever, Digitally Remastered &

Fully Restored in Honor of 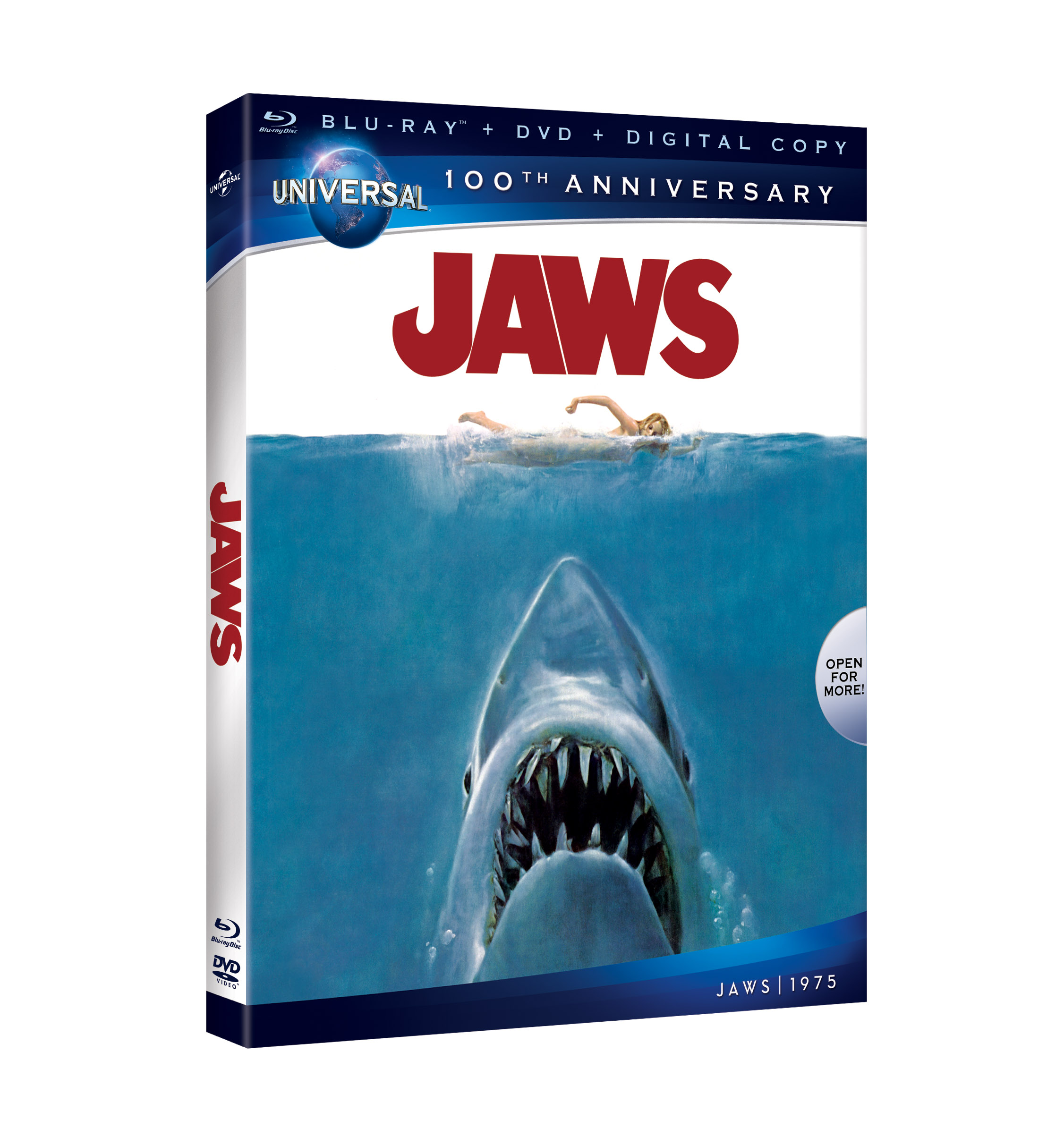 own the Blu-RayTM combo pack with DVD, digital copy, UltravioletTM

& over 4 hours of bonus features including

an all-new documentary THE SHARK IS STILL WORKING

Universal City, California, April 10, 2012: JAWS – the landmark motion picture that still makes audiences afraid to go in the water – comes to Blu-rayTM for the first time ever on August 14th, 2012. Featuring an all-new, digitally remastered and fully restored picture, as well as 7.1 surround sound, the JAWS Blu-rayTM Combo Pack with DVD, Digital Copy and UltraVioletTM gives fans the ultimate way to watch the breathtaking and terrifying action-thriller.

One of the most influential motion pictures of all time and nominated for a Best Picture Academy Award®, JAWS stars Oscar® winner Richard Dreyfuss and Oscar® nominees Roy Scheider and Robert Shaw. Produced by legendary filmmakers Richard D. Zanuck and David Brown, the film earned an Oscar® for composer John Williams’ instantly recognizable minimalist score, as well as Oscars® for Best Editing and Best Sound. When it was first released in 1975, JAWS smashed box-office records and became the highest-grossing film of its era, earning Spielberg a reputation as a Hollywood visionary. Today, it remains one of the highest-grossing films in motion-picture history[1] and is largely considered the film that launched the summer blockbuster.

JAWS is one of 13 classic Universal films to be digitally remastered and fully restored from 35mm original film elements as part of Universal’s ongoing 100th Anniversary celebration. The JAWS restoration began with researching and evaluating the existing film elements to determine the best means to restore the film. Over the course of several months, skilled technicians at Universal Studios Digital Services meticulously balanced color, removed dirt and scratches, and repaired any damage to the film elements shot by shot and frame by frame. Following the picture restoration, Universal Studios Sound team up-mixed the iconic JAWS soundtrack to DTS-HD Master 7.1, optimizing the sound on the Blu-rayTM for the latest home theater technology. The entire restoration process was conducted in conjunction with Steven Spielberg and Amblin Entertainment’s post-production team to ensure the integrity of Spielberg’s original vision remained intact. 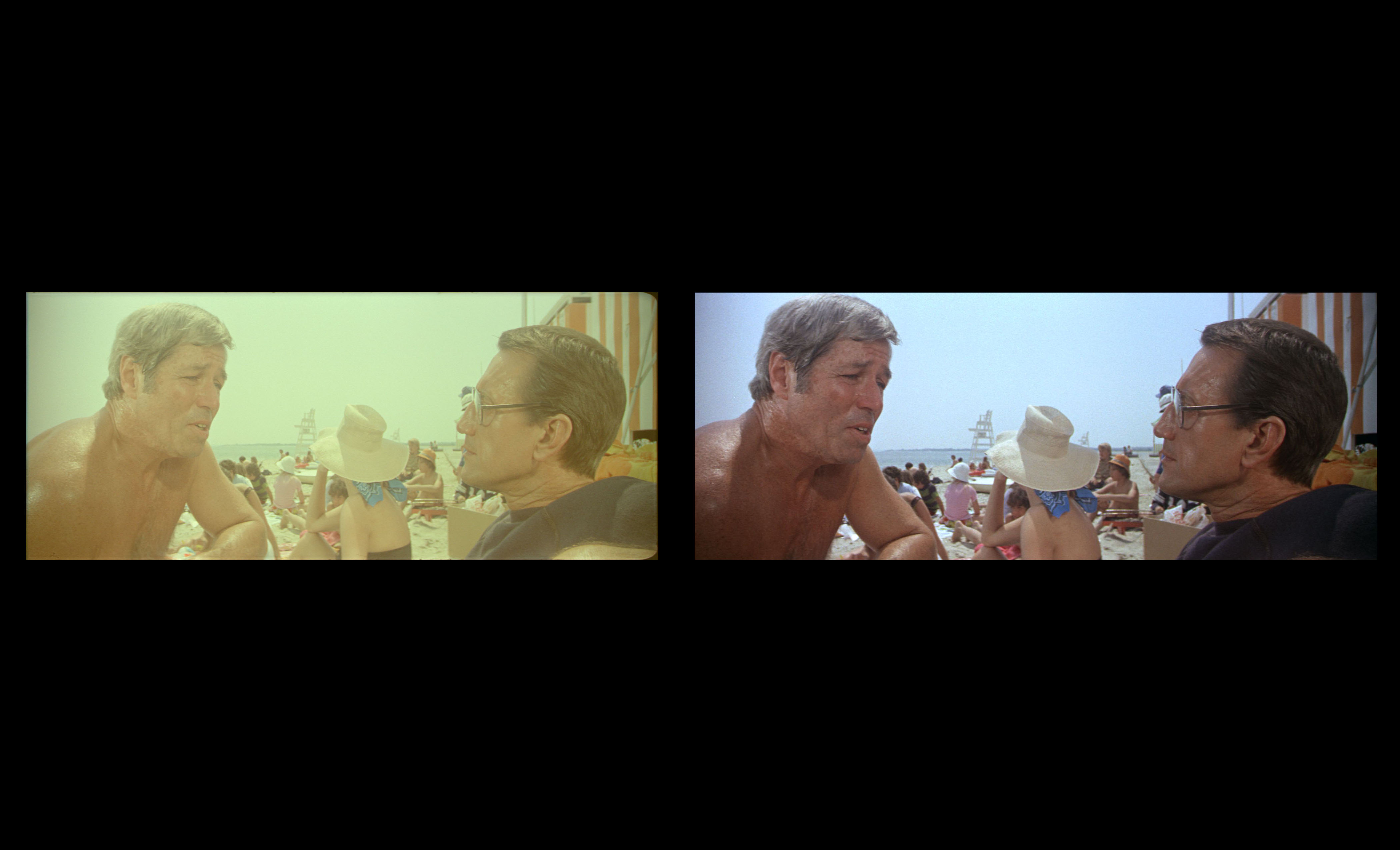 “JAWS holds a unique place, not just in Universal Pictures’ history, but in global pop culture,” said Craig Kornblau, President of Universal Studios Home Entertainment. “It is only fitting that this phenomenal film should be given the extensive restoration needed to ensure that long-time fans as well as newcomers can enjoy this unforgettable cinematic achievement for generations to come.”

The JAWS Blu-ray™ Combo Pack is available in collectible Universal 100thAnniversary packaging for a limited time. The Combo Pack also contains a Digital Copy of the film for a limited time, compatible with iTunes®, iPad®, iPhone®, iPod™ touch, Android or online retail partners, as well as an UltraViolet™ copy. UltraViolet is the revolutionary new way for consumers to collect movies and TV shows in the cloud to download and stream instantly to computers, tablets and smartphones. Consumers can now truly enjoy their movies anytime, anywhere on the platform of their choice.

The Shark is Still Working: The Impact & Legacy of JAWS: All-new feature-length documentary featuring never-before-seen footage and interviews with cast and crew including Steven Spielberg, Richard Dreyfuss and Roy Scheider.

JAWS: The Restoration: An all-new, in-depth look at the intricate process of restoring the movie.

The Making of JAWS: A two-hour documentary featuring interviews with key cast and crew.

From the Set: An insider’s look at life on the set of JAWS, featuring an interview with Steven Spielberg.

JAWS Archives: Take a peek inside the JAWS archives, including storyboards, production photos and marketing materials, as well as a special segment on the JAWS phenomenon.

UltraViolet™: The revolutionary new way for consumers to collect movies and TV shows, store them in the cloud, and download and stream instantly to computers, tablets and smartphones. Currently available in the United States only.

Digital Copy: Viewers can redeem a digital version of the full-length movie from a choice of retail partners to watch on an array of electronic and portable devices.

pocket BLU™ App: The popular free pocket BLU™ app for smartphones is now even better with newly updated versions for iPad®, Android™ tablets, PC and Macintosh computers, with features made especially to take advantage of the devices’ larger screens and high resolution displays.

Video Timeline: Users can easily bring up the video timeline, allowing them to instantly access any point in the film.

Mobile-To-Go: Users can unlock a selection of bonus content with their Blu-ray™ discs to save to their device or to stream from anywhere there is a Wi-Fi network, enabling them to enjoy content on the go, anytime, anywhere.

Browse Titles: Users will have access to a complete list of pocket BLU™-enabled titles available and coming to Blu-ray™. They can view free previews and see what additional content is available to unlock on their device.

Keyboard: Entering data is fast and easy with your device’s intuitive keyboard.

Spotlight on Location: The Making of JAWS: Highlights from the full-length documentary featuring interviews with key cast and crew.

Directed by Academy Award® winner Steven Spielberg, Jaws set the standard for edge-of-your seat suspense quickly becoming a cultural phenomenon and forever changing the movie industry. When the seaside community of Amity finds itself under attack by a dangerous great white shark, the town’s chief of police (Roy Scheider), a young marine biologist (Richard Dreyfuss) and a grizzled shark hunter (Robert Shaw) embark on a desperate quest to destroy the beast before it strikes again. Featuring an unforgettable score that evokes pure terror, Jaws remains one of the most influential and gripping adventures in motion picture history.

Based on Novel By: Peter Benchley