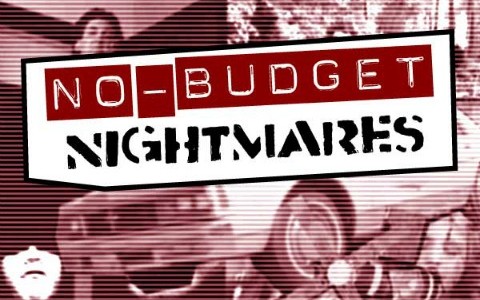 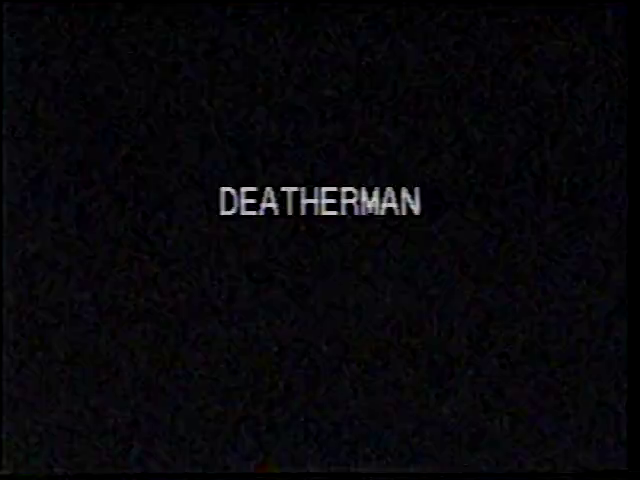 Low-fi. It’s become a rather strange stylistic choice for film-makers over the last few years; with movies like Harmony Korine’s TRASH HUMPERS, and the V/H/S anthology film intentionally embracing the limitations of older video formats to tell their stories. It’s an interesting phenomenon, as while I understand the nostalgia for the VHS format and the passion people have for their video store memories, part of the appeal of emulating the look of the formats is that the image is murky and glitchy. These are film-makers who are intentionally making their films uglier – while eliciting a sense of nostalgia from those who spent their teenage years browsing video store shelves.

DEATHERMAN is a film drowning with nostalgia; particularly for the shot-on-video horror films of the early 90s – typified by the works of Todd Sheets. Like the films it’s trying to emulate, it’s shot on glitchy VHS and uses a built-in mic to desperately attempt to capture sound. It relies on goofy characters and cheesy, Halloween-prop effects for its cheap thrills, and is erratically paced – with the ending coming out of left field. But there’s something missing, and it’s a little difficult to put my finger on. Perhaps it’s a sense of fun, or maybe a sense of accomplishment; those Todd Sheets films are awful, but the very process of making them was plagued with difficulties and frustrations. While there are a few inspired moments in DEATHERMAN’s brief, 55-minute run-time – there just isn’t a sense of effort onscreen that is present in the best of 90s video horror. 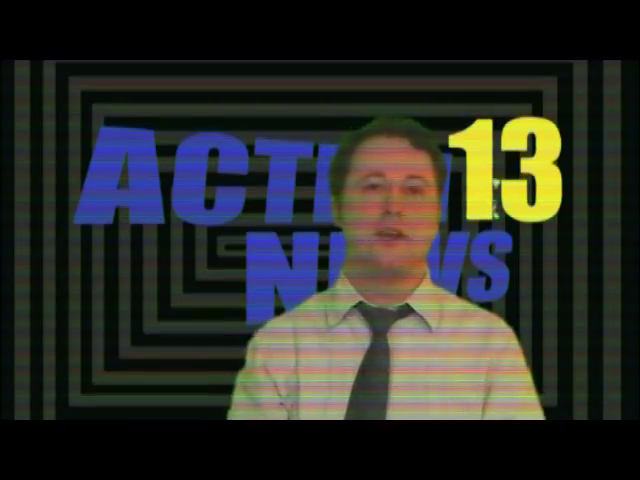 Admittedly, the plot definitely captures that tongue-in-cheek nature of those early shot-on-video efforts. It centers around weatherman Dalton Law (John Kasper) who finds himself in competition with a new intern who is eyeing his position on the local news broadcast. I’ve mentioned in the past how poor news broadcasts tend to look in no-budget features, and this one might top them all. It has it all; terrible sound, awful green-screen (with visible outlines), and weird psychedelic graphics in the background. The intern is Holly Cooper (Dominique Capone), who until recently had been in a psychiatric ward with her friends Tessa (Gena Comandy) and Buffy (Jenni Grasso). Dalton and Holly go out for drinks, and – eventually – back to Holly’s place, where some drinks bring out Dalton’s more dickish side. After coming on a little strong, he’s stabbed to death by Holly, who drafts Tessa and Buffy to help her bury the body. But the weather forecast calls for acid rain (mixed with nuclear fallout), and Dalton might be coming back for meteorological revenge.

It’s an admirably twisted plot, but takes almost half the film’s running time to set up, leaving the final thirty minutes to pick up the significant slack. Thankfully, once the Deatherman starts his killing spree the silliness gets ratcheted up and the blood starts to flow. While the FX are strictly budget Halloween severed limbs and heads, there are a few inspired moments – like a death by umbrella that manages to be both silly and appropriate to the theme. The other set pieces tend to be sloppy, whether it be an attack at an arcade, or – most problematic – a bathroom beating that has been edited to within an inch of its life. 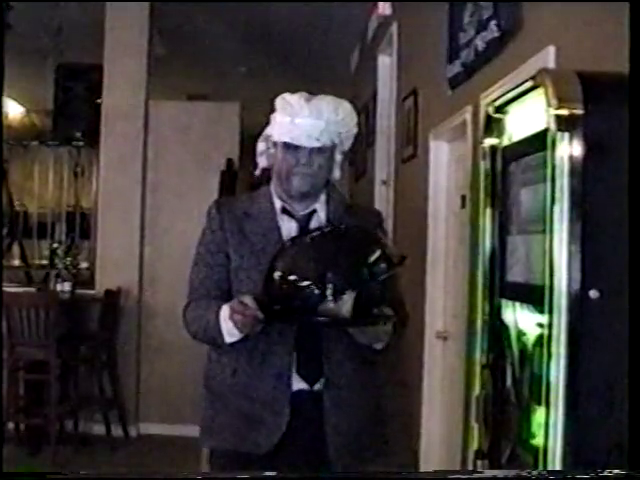 Acting is more consistent, with the leads playing things rather straight, leaving the wacky supporting characters – particularly Handsome Coyote (played by the director); a ridiculous pimp/drug-dealer and Mumbo Chef; a gleefully incomprehensible half-wit, to pick up the slack. While both characters are awfully random, and tie only tangentially into the plot, they bring an energy and playfulness that the rest of the film sadly lacks. The only exception is Mike Gavern as the sleazy news-anchor Dan Anders, who manages to bring a lot of fun and charisma to what could have been a thankless role.

Intermittently fun, DEATHERMAN gets the details right, but lacks the inspiration of the VHS nasties that it’s trying to emulate. Fun supporting performances help it past some rough parts, but there simply isn’t enough effort on display to make it an easy recommendation. Fans of shot-on-video slashers will eat this up, but most horror fans are going to want to give this one a pass.