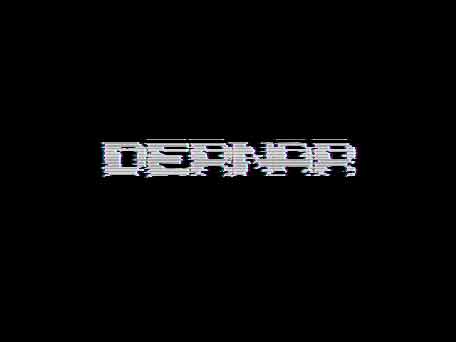 Sometimes you just have to shake your head and ask “why?”. Why does this exist? Why would someone waste their time? Such is the case with 1985’s DERNAR, from Italian director Tonto Ingannare. This shot-on-video effort claimed to be the “scariest film of the video era”, but what remains today shows it to be a mix of often incomprehensible dialogue and terrible special effects. Ingannare was initially hailed for his bold vision of horror, but has since vanished into obscurity – and if the shot-on-video DERNAR is representative of his talents, then I say “good riddance”.

The plot – if you can call it that – concerns a small coven of witches in mid-1980s Pennsylvania (though, obviously shot in Europe) who have dedicated themselves to punishing the people of a nearby town for the witch trials hundreds of years earlier. Wearing neon Nike sneakers, these witches use their combined powers to call forth a powerful demon – Dernar – who immediately kills the three crones and goes off to cause havoc. At first only young Tobin (Amos Hopley) believes something is amiss, but his attempts to tell his parents and the police are in vain. It’s only when the giant demon attacks a local playground – killing a group of children in the process – that the townsfolk demand that something be done. They eventually hire the help of renowned witch-hunter (played by a slumming Jack Palance) who recruits a group of local adults to help him track down and kill Dernar for good. 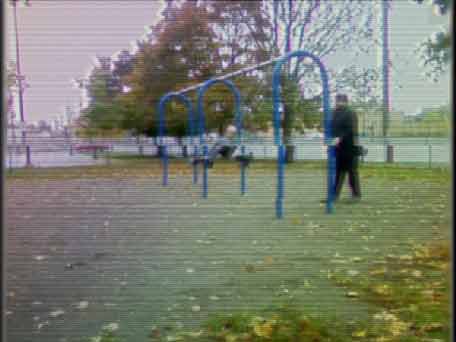 Sounds like it could be fun, right? But it’s a total slog from start to finish. For one, the sound is terrible; with obviously Italian actors dubbed into English by what sounds like a group of schoolchildren. Even adults have high pitched voices that sound like outtakes from a PEANUTS special. And the performances all feature wild gesticulating from the cast, many of whom look terrified to even be on-screen.  At one point, an actor botches his lines so badly that the rest of the cast just stand there for a moment until he remembers where he was in the script. Truly reprehensible.

But the special effects are where the film really fails to shine. The demon Dernar is simply an Italian body-builder with painted on abdominal muscles and a cheap set of red horns. The witches “magic” consists of colored filters and a few cuts to a cheap Halloween skeleton. And I hesitate to even mention the climax, which involves plenty of organ meat – combined with what appears to be an accordion – which the witch-hunter “plays” to trap the monster in purgatory.  Even the swirling ghostly projections appear to be cardboard cut-outs attached to flashlights. 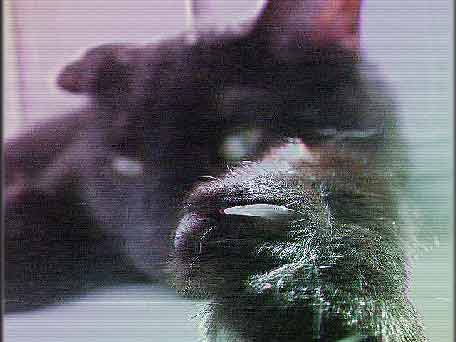 But this would all be forgivable if there was some sense of fun in the whole thing, but it’s all so stodgy and self-serious that only the most resilient micro-budget movie fan will make it to the final credits. Characters appear and immediately vanish, while there are ten minute stretches where nobody speaks at all – usually featuring an unnamed person wandering aimlessly in a room. It’s almost as if the director was intentionally trying to make something as ridiculous as possible, so that nobody could possibly believe that such an awful thing could even exist. That some still celebrate this nonsense is beyond me.. I feel dumber for having even watched it.

There’s obviously a reason this thing was buried for decades, and the video quality of my own copy makes it look like it was hidden at the bottom of the sea for years. DERNAR makes no attempts to be anything but the worst, most revolting kind of trash, and even then manages to fail quite entirely. If you manage to somehow stumble upon this one, please stay far away. And if you ever run into Ingannare on the street, please feel free to punch him in the face as hard as you can. He deserves it for foisting this cinematic junk on the world.

Five Nightmares out of Five – Please Kill Me