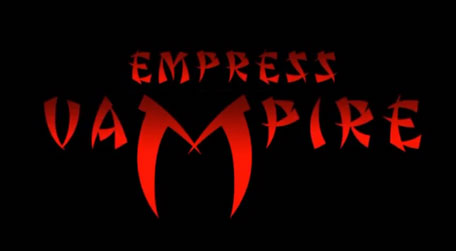 A supremely silly, but entertaining, vanity project for former pornographic actress Ange Maya, EMPRESS VAMPIRE was originally meant to be a modestly budgeted horror picture before evolving (devolving?) into a no-budget fantasy-horror-comedy-musical that – no pun intended – often bites off more than it can chew. But with enough mind-boggling moments of crackpot inspiration and a memorably terrible performance at its center (as well as plenty of female nudity), the film manages to overcome its budget to become a sporadically entertaining and memorable genre mash-up.

Agent Dan Higgins (Beau Nelson) has been tasked with tracking down the seemingly immortal Empress Vampire (Maya) by American Secretary of Defense Arthur Hayes (Tom Cochrane – not the “Life is a Highway” guy). Teaming up with Russian vampire hunter Ivor Helsing (Garrett Brawith) and the psychic Ariana (Laura Contenescue), Higgins comes face to face with the Empress and her hoard of buxom vampire underlings, barely escaping with his life. What does Hayes want with the Empress, and will Ivor and Ariana be able to stop her before her and her minions take over the world? 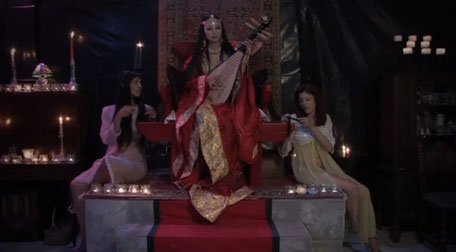 EMPRESS VAMPIRE’S greatest strength is its commitment to its bizarre concept. With director Phil Condit’s assured direction keeping things looking and sounding much better than your average no-budget effort. The stranger elements: a lengthy flashback taking place in Romania, TWO different musical numbers, vampires that EXPLODE when staked, boost interest when the film threatens to drag while the shaky digital effects – particularly the weak green-screen assisted driving scenes – add to the threadbare charm of the production as a whole. The Empresses’ lair might have walls covered with garbage bags and a rug hanging from the wall for decoration, but somehow it all works. There is plenty of variety in the locations, and Condit makes great use of what must have been some occasionally tight spaces.

Perhaps my favorite bit of nuttiness is the eventual reveal of how the Empress became a vampire in the first place. I don’t want to give too much away, but cross-dimensional portals and flying mind-control worms come into play. Yeah. It’s an inspired bit of ridiculousness, and shows there’s more imagination at work here than you might expect. It’s also nice to see that, despite a brief “romantic” sub-plot (which explains why the Empress has been murdering the Van Helsing bloodline), there isn’t any attempt to capitalize on TWILIGHT-style fandom. 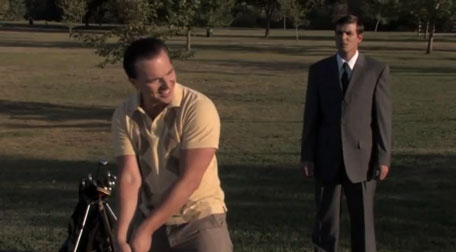 As is often the case in ultra low-budget productions, the film falters greatest when it comes time to dish out the plot. While Higgins’ search for the Empress goes a few unexpected places, whenever the actors are called upon to do more than grimace, things rapidly fall apart. Beau Nelson’s character is supposed to be a bit wooden, but he looks constantly nervous and his stiffness threatens to bring his scenes to a screeching halt. Garrett Brawith manages to do some ok work with a ludicrous Russian accent, but Laura Contenescue sleepwalks through her scenes. At least Tom Cochrane manages to bring the proper amount of sleazy smarm to his scenes late in the film – particularly in some memorable golf course dickishness.

But all of these performances pale next to Maya’s oddly gesticulating portrayal of the Empress. With her accent making much of her dialogue entirely incomprehensible, she still gets a majority of the screen time which usually involves her barking threats at vampire servants or terrified prisoners. While the other performers get a few individual opportunities to shine, this is the Ange Maya show from the opening frame to the final scene; whether it involves her dancing, singing, or fucking anything that hoves into her field of vision. Her tiny frame and high pitched voice gives her an interesting presence, but her lack of charisma hurts the scenes that rely on her doing more than laughing maniacally. Thankfully, those are few and far between. It may be one big ego trip, but the film certainly wouldn’t be the same without her. 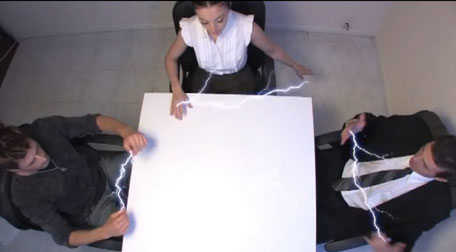 You’ve certainly never seen anything like this one. EMPRESS VAMPIRE may not do everything well, but it makes the most of its miniscule budget and brings a respectable amount of blood, gore and breasts to the screen while wading in plenty of weirdness. It’s more likely to elicit grimaces than scares – there’s a fetus ripping that rivals LAS VEGAS BLOODBATH – but the solid technical specs and unhinged central performance more than make up for a sometimes slow-moving plot and some shaky performances. If you like your vampires angry, naked and completely unintelligible, this is the movie for you.