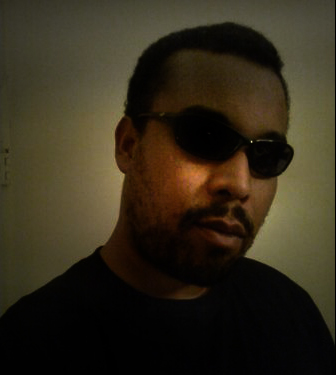 Sweetback (SB): I can’t lie to you, Erik. My interest in low-budget cinema means that I see a lot of films of the shot-on-video variety, so seeing a short that looks so professional can be difficult for my brain to process. Can you tell us a little about working with the RED ONE camera and, in fact, how you were able to get such a powerful piece of equipment for your shoot?

Eric L. Wilson (EW): Since film school, I have always been very picky how my films look. So when one of my DP friends first introduced me to the Red when I started the script back in 2008, I knew that was the ONLY camera I would use. Thankfully I knew someone who knew people with affordable Red rental packages so though it was expensive; it was not as bad as it could have been price wise. I knew how I wanted the film to look and the RED was the only camera that provided what I wanted technically.

SB: On that note, how did you go about raising money for your short? Was fundraising a slow process?

EW: It was a slow process. All money came out of pocket from myself. My day job is in IT so I make decent money but it still took a little over three years from first draft of the script to locked picture.

SB: Let’s go back to the beginning for a moment. While HOUSE CALL is definitely a horror short, it doesn’t wear its influences on its sleeve. Talk about some of the work that influenced the short, and what films inspired you to become a filmmaker.

EW: There were a bunch of influences that went into HOUSE CALL. The old ghost story films from the 60’s, 70’s and 80’s that I grew up on that I saw on tv. TALES FROM THE CRYPT and all that. One film in particular is THE CHANGELING with George C. Scott. Underrated film that does the spooky ghost story so well. Other films special to me that probably had a subconscience influence are HALLOWEEN, FRIDAY THE 13TH, EVIL DEAD and some grindhouse flicks. So, yeah, a melting pot of influences went into this film.

SB: What are some of the current trends in film that you dislike? How would you like your own work to subvert these trends?

EW: Tired of the found footage stuff. There are some gems like TROLL HUNTER but it just seems like it’s a lazy way to get a film made. Many aren’t scary and they just look too thrown together. So, even though it’s great that technology has given more access to people to make films, the problem is, some of them have no training in filmmaking and it shows on screen. Too many of these films are saturating the genre. Hollywood too. They make bad dramas that are called “horror films”. Scary films just aren’t scary anymore. So this makes me take my time in making the films I want to make. 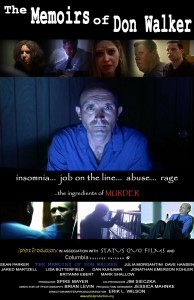 SB: Talk a little about your first IMDB credit THE MEMOIRS OF DON WALKER. I’ve checked out the trailer and your unique visual style seems represented even at this early stage. What were some of the most important things you learned from making this short film?

EW: DON WALKER was basically my undergrad thesis film. It’s my last narrative short I shot back in 2005 and it won a few awards at a few festivals. Learned A LOT on that film. At the time, it was my biggest crew and was the first time I was allowed, by the film school dept, to rent out all the “production toys” such as dollys, jib arms, etc., So I learned to manage a large screw and how to shoot a more sophisticated script and how to execute it properly. We shot it on Super 16 film and again, the look was very important. It is basically a character study of what drives a disturbed man to kill. It’s not horror but it’s close. It’s a David Lynch type of film and I could not have pulled off HOUSE CALL without the experience of shooting DON WALKER.

SB: What inspired the development of your SPHINX production company?

EW: I started the Sphinx in 2002 and my love for Egyptology inspired the name. I wanted to make a production company to put out quality media.

SB: What was your experience like shopping THE MEMOIRS OF DON WALKER around to festivals?

EW: A real learning experience. DON WALKER was first 29 minutes long. Then in 2007 I shortened it to 24 minutes. I got good response from both versions but I was always told shorter is better. So I learned that most programmers prefer shorts no longer than 20 minutes. I also learned that the bigger fests like the more politically correct stuff because they, like the studios, want the whole family to come. So DON WALKER has profanity, drug use and violence so not exactly PC stuff. I learned that some festivals are more tolerant of these films and they are usually the smaller ones or the genre festivals like FANTASIA. So having a better, more picky festival submission strategy was my biggest lesson I learned shopping DON WALKER.

SB: Let’s dive into HOUSE CALL a bit. It’s a supernatural horror film, featuring possession and witchery and all that fun stuff. When did you first start coming up with the idea, and what inspired it?

EW: First came up with the script in 2008. The inspiration for the story of HOUSE CALL actually came from an early short I shot back in 2002. My second semester in film school I shot a horror short named MY DEAR WIFE which is horrible title but hey, I was just starting. LOL. The basic plot was a woman killing an abusive husband and that husband rising from the grave to kill her one night. It was shot on silent, black & white reversal film with a crank Bolex camera. I did the camera work, wrote the script, cast it and edited it together. The editing was not done digitally. They forced us to cut film literally with razor blades and all that. That’s when I learned you need things like, a crew. LOL. So, I wanted to take that revenge story and make it an actually movie instead of a crappy, silent student film. Plus I have a feature script that I want to direct and I had to show I could shoot horror.

SB: HOUSE CALL has a small, but very distinctive, cast. What was the casting process like? How did you come to find Janet Gawrys, who plays the all-important “Mother” character?

EW: There were three auditions. Due to financial reasons, I had to post-pone production twice so that’s why there were three. I got Aimee and Michael in the first Audition in the fall of 2008. The second was in February 2009 , no one showed up. LOL. Janet came from the final audition from April 2009. It was the only audition where I wasn’t there. Schedule conflict. My associate producer did the audition at a talent agency near his home. He knew the folks there. He shot some actresses that read just for the mother character because I had yet found anyone I wanted. Janet came in and was PERFECT. The voice she used, mannerisms, everything. I saw the tape and was freaked out at how perfect she was. So I called her immediately.

SB: The film also has a variety of special effects – both CG and practical. Did this prove to be difficult to work with?

EW: It was a process as well. In the first drafts of the script I had the ghost and Steve get into this big fight scene. I drew the storyboard for it and shopped it to a few high-end CG fx people. They basically gave me fuck off numbers like “Sure, I’ll do it for $19,000”. No joke, that was an actual quote for a two minute fight sequence. So I then had to simplify it. My editor, Emre Cihangir, is also a motions fx artist so it made more sense to save money for other parts of the film and let him do the CG fx. The practical fx were done by Tony Wash of Scothworthy Productions. He went to Tom Savini’s school of fx, among others and was a one man beast on set. He had no assistant or team, it was just him. There was a lot of preparation in preproduction of course but Tony made it easy as far as the practical fx. I said what I wanted and he found a way to get it done so it looked perfect on screen.

SB: What was the final budget for the short?

SB: Currently you’re gathering reviews and submitting HOUSE CALL to festivals. Is this sort of roll-out sometimes frustrating as a filmmaker, since it prevents you from getting your work in front of as many eyes as possible?

EW: Yes. I wish more festivals would stop holding it against you if you put your film online for everyone. Slowly, more fests are cool with it but many, from my experience thus far, don’t want it online. So yes, it’s frustrating. 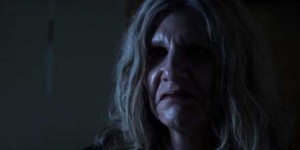 SB: What’s the future of HOUSE CALL after it’s finished touring? Will it be made available for purchase or digital streaming?

EW: Yes, it will definitely be available for the general public for streaming.

SB: HOUSE CALL is a very recent project, but have you thought about what you hope to work on next? Is a feature length project on the cards?

EW: Right now I’m in post for another short film I shot in November 2009. It’s a dark comedy called MR PRICK and it stars Michael Shepherd Jordan. Michael is a FUNNY Second City actor and he kept us all laughing on set while filming HOUSE CALL. I told him I had to make a comedy with him and we did. That will be dropping in the fall of this year. I do have a supernatural, horror feature script named UNRESOLVED which I would like to direct. It was another reason I shot HOUSE CALL. I have been getting more requests to make HOUSE CALL into a feature which I never thought of doing so that’s interesting. Mainly looking for an agent and producers who want make a quality feature.

SB: If readers want to follow what you’ll be working on in the future, or wish to check out your work, what’s the best way to find you online?

EB: Just watch for MR. PRICK in the fall and HOUSE CALL on the festival circuit.

SB: And, finally, any advice to young filmmakers trying to make professional looking work on a small budget?

EB: Take your time and don’t cut corners. That takes a lot of patience but you only get one time to make a first impression. If it takes a few extra months to get the right budget, wait and save. Don’t rush and make sure you have a good script because everything relies on that. Let others, who aren’t friends and family, critique the script and the film. Get as an experienced crew and cast the best you can. You must have a good team. Finally, study the craft of film-making. You don’t have to go to film school but study it some way through internships, books online or working for free on set.