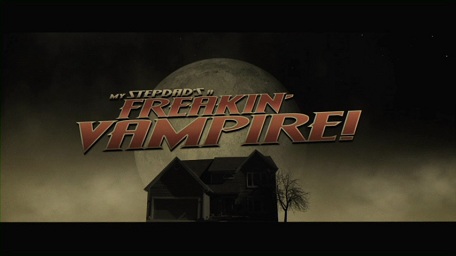 It’s a theme that runs through many of the better monster movies of the 1950s, from THE BLOB to INVADERS FROM MARS, where a group of young people happen upon some supernatural or alien creature, but their attempts to warn authority figures are immediately rebuked or entirely ignored. Their parents just don’t understand. The police are suspicious or entirely dismissive. So it looks like these youngsters are going to have to rely on their wits to save the day, or at least long enough that the threat becomes large enough that authority figures can’t possibly ignore it.

Many of these films were re-imagined or re-made entirely in the 80s, where the generation gap once again pitted progressive youth versus their conservative, buttoned down parents. While incorporating modern effects, many of them were obvious throwbacks – from GREMLINS to THE MONSTER SQUAD to KILLER KLOWNS FROM OUTER SPACE – and followed much of plot structure laid out in those earlier, generally tamer releases. One of my personal favorites of the era is Tom Holland’s FRIGHT NIGHT, which pitted a teenager (and his goofy best friend) against a possibly vampiric neighbor. It’s a terrific concept, and a supporting performance from Roddy McDowell as a Peter Cushing-like horror actor only added to the fun. It was even re-made quite successfully in 2011 with Colin Farrell taking over Chris Sarandon’s role in the original. 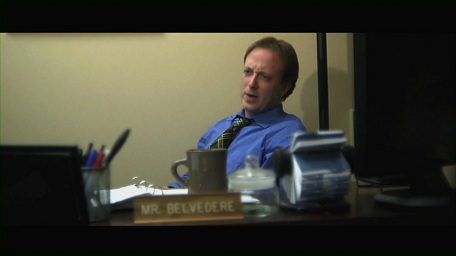 David Matheny’s MY STEP-DAD’S A FREAKIN’ VAMPIRE plays like an ultra low-budget take on Stoppard’s mini-classic, this time pitting the teenage protagonist Rusty (Lahcen Anajjar) against his new step-father Richard (Larry Peterson). Even before discovering “Dick’s” dark secret (HINT: it’s in the title!), Rusty despises his new living arrangement, and continues to mourn the death of his magician father. Richard actually comes off as fairly decent and supportive at first, but his true colors are revealed when he (temporarily) kills Chuck, the slovenly, good-natured mailman who also happens to be the brother to Rusty’s school principal, Mr. Belvedere. Yes. Mr. Belvedere.

Soon, Chuck has returned in vampire form, and is being sent after Rusty and his best friend Travis; who narrowly escape with the help of vampire hunter/school janitor Gert (John Redmond). Gert explains that Richard is actually the last of a clan of vampires, and is searching for a magic relic in order to resurrect his vampire buddies and take over the world! In fact, that’s why Richard married Rusty’s mom; since it was Rusty’s dad who was suspected to own the relic. Eventually – and stupidly – Gert, Travis and Rusty dig up the dad’s corpse, but the three are ambushed by the bumbling Chuck and the increasingly powerful Richard. And then all hell breaks loose. 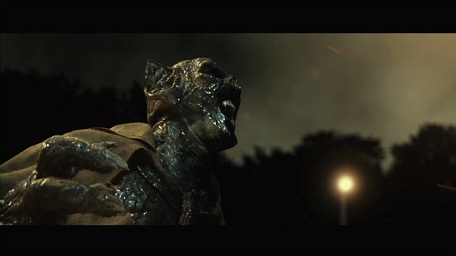 While it builds to a rousing conclusion, MY STEP-DAD’S A FREAKIN’ VAMPIRE is cursed with some pretty major flaws which makes it difficult to recommend. While the teen heroes of the monster films of the 50s and 80s tended to be a little dorky, Rusty is a full-fledged asshole. Despite being a practicing magician (and, therefore, should be a dork), he’s entirely unpleasant to everyone around him from the first frame, and never really properly progresses or evolves. There simply isn’t anything about him that’s sympathetic, which makes his plight uninvolving. I spent most of the running time hoping he would get taken out, so the much more interesting Gert could take center stage.

The film also suffers from some technical problems, particularly the near constant, unconvincing use of ADR which saps most scenes of emotion. Overdubbed dialogue is a necessary evil in the “shoot first, ask questions later” world of no-budget film-making, but the final result just feels messy, and makes the early, dialogue-heavy scenes really difficult to get through. The glacial pacing of the first half of the film doesn’t help things, particularly as genre fans will already be plenty familiar with many of the story beats that are to come. Throw in some shaky green-screen work, and viewing STEP-DAD quickly becomes a frustrating experience. 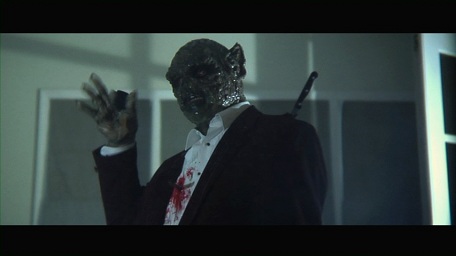 Thankfully, the final twenty minutes make the whole exercise partially worthwhile, with some terrific vampire make-up and plenty of goopy violence as events come to a head. Things kick into overdrive, and the Halloween setting makes for a few fun gags. It’s easy to forget that the film is ostensibly a comedy, but the humor only really hits in these last few minutes. Of course, seeing some of that potential get realized makes the earlier scenes suffer a bit more in comparison.

An occasionally fun, diverting horror-comedy, MY STEP-DAD’S A FREAKIN’ VAMPIRE is neither as goofy as its title would suggest, nor nearly as charming as its monster movie influences. While David Matheny’s story-telling is strong, and Douglas Edward contributes a wonderful, quirky soundtrack, the film follows the structure of its influences a little too closely, and doesn’t really distinguish itself until the final moments. Add in the smug characters and some shaky technical specs, and you might find yourself reaching for your copy of FRIGHT NIGHT before the end. Worth it for some wonderful looking vampires and a smattering of impressive FX, it’ll be interesting to see what Matheny can do with a higher budget.