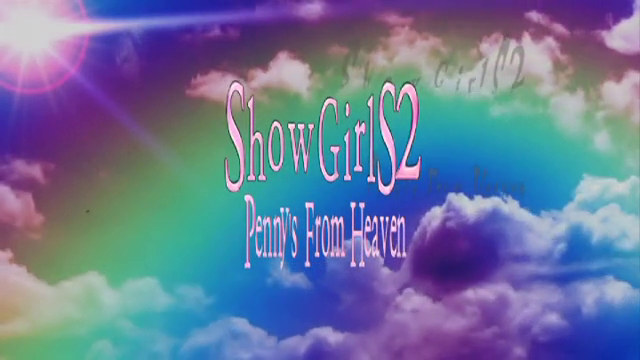 I often describe myself as a cynical optimist, continually locked in a cycle of hoping for the best but expecting (and sometimes preparing) for the very, very worst. This contradictory mix has served me well as a fan of ultra low-budget cinema. While I maintain a healthy respect for those who go through the pain and stress of creating films, I also recognize that extremely limited budgets and amateur talent mean that it’s likely the end result will be of mixed quality. At best.

But there’s a sincerity to microbudget filmmaking that keeps me coming back. A purity of intent that cuts through the lousy sound or wretched acting, and allows me to treasure the seeds of inspiration that are occasionally spread throughout the usually threadbare efforts. Considering how calculated most Hollywood entertainment has become, watching something that resembles a pure and untainted vision can’t help but shatter my hard shell of cynicism. I love the process, I love the creators, and I love that I never quite know what to expect.

But what about when Hollywood encroaches upon my quaint microbudget world? 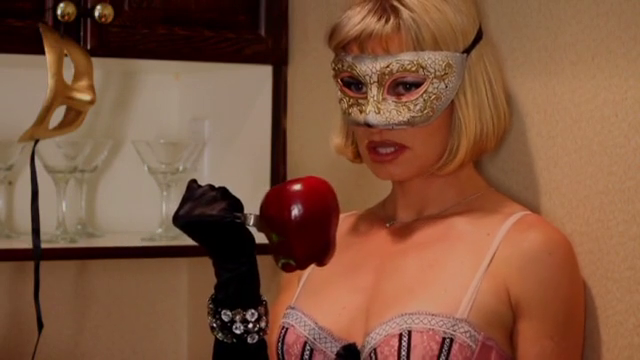 SHOWGIRLS was released in 1995 to near universal condemnation. Decried as sexist, ugly, and dumb as dogshit. The film managed to pile up seven Razzie awards and very nearly sunk the careers of everyone involved. But as occasionally occurs, separated from the controversy of its NC-17 rating, the film slowly gained a reputation as a cult (and camp) classic. In the comfort of their living rooms, audiences gained better appreciation for the ludicrous dialogue, overblown dance sequences and scenes of “erotic” swimming. The cult got so large that the notorious flop ended up becoming a home video and DVD success, though likely not for the reasons that director Paul Verhoeven or writer Joe Eszterhas intended.

And with success – delayed or not – comes a sequel. Uh.. sort of. Rumblings of a SHOWGIRLS followup began back in 2009, with German director Marc Vorlander the first to throw his hat in the ring. Originally Vorlander planned to have Rena Riffel – who briefly played Penny in the original film – as his star, but there seemed to be some communication (read: money) issues between the two, and Riffel decided to branch off and piece together her own sequel.

Now, I can’t imagine how the rights to the characters or title were worked out between MGM, Vorlander, and Riffel. I would think that even a maligned property like SHOWGIRLS would have some value, but obviously not enough to stop Vorlander from releasing a bizarre “sequel” to the film in 2010 called SHOWGIRLS: EXPOSED; which runs only an hour and has been seen by almost nobody. In fact, the film can’t even be shown outside the United States due to its use of clips from THE CABINET OF DR. CALIGARI. 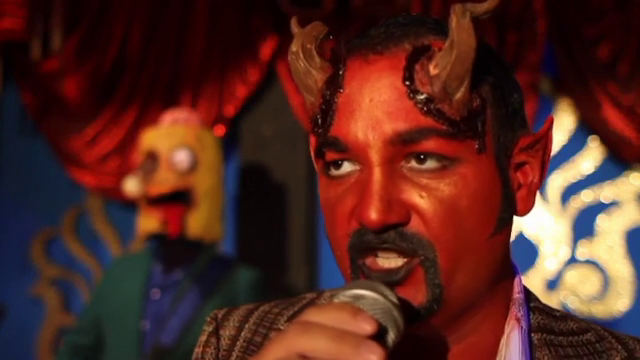 But Riffel remained undeterred. Armed with a $30,000 budget (some of which was raised via Kickstarter back in 2010), and plenty of moxie, she went ahead with her own sequel, which would tell the story what happened with her character after the events of the original film. She would star in, write, direct, edit and produce SHOWGIRLS 2: PENNY’S FROM HEAVEN in 2011, and the final result is a 145 minute smorgasbord of trash. An overdose of sex, drugs, more sex, wonderfully inane dialogue, garish costumes, and some of the lowest production values this side of a Todd Sheets film. Without the resources to afford the glitz of Paul Verhoeven’s original, Riffel instead wallows in avant-garde excess, pushing the envelope in terms of taste and comprehensibility, with little regard for whomever might want to actually WATCH the damn thing. This is self-indulgence as artistic statement, and it’s as beautiful as it is unwatchable.

And why not? Ostensibly designed for the cult that rescued SHOWGIRLS from obscurity, Riffel was faced with the quandary of creating intentionally what the original film – through the sleazy baby-oil misogyny of its creators – devised by accident. It’s easy enough to pack the film with nudity, particularly when most of it comes from Riffel herself, but how could she cobble together a name cast, professional soundtrack, or the fancy sets of a fifty million dollar production?

Of course, she couldn’t. Sure, a few of the actors from the original film – Glenn Plummer, Greg Travis, Dewey Webber – appear here, and many of the most notable scenes from the original are mirrored, but sets here are borrowed hotel rooms or dinky theaters. The slick 35mm cinematography of SHOWGIRLS is replaced with jerky digital video and obviously stolen shots of Vegas and Hollywood. Penny aspires to be the star of the television show STAR DANCER, but the show itself looks like something you would see on Public Access – the dozens of dancers on huge stages featured in SHOWGIRLS have been replaced by five dancers gyrating on a teensy theater stage. 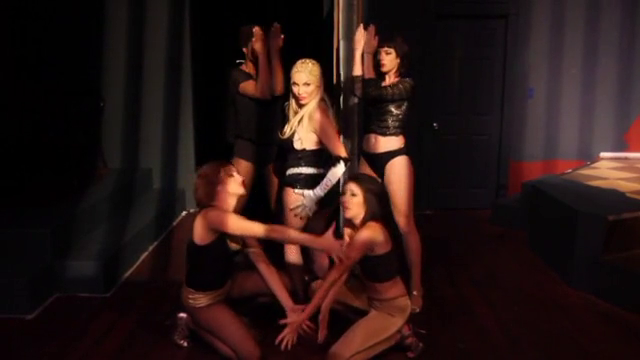 What it does have in spades is insanity. We begin with Penny (Rena Riffel) escaping her go-nowhere relationship with ex-dancer James ‘Jimmy’ Smith (Glenn Plummer) and heading to Hollywood, where she immediately stumbles upon a double murder, but kills the Marilyn Monroe impersonator who was responsible(??). Stealing the group’s money, she heads to L.A. where a chance meeting with Godhardt Brandt (Peter Stickles) gets her started – unwittingly – in the escort business. Godhart is engaged to Katya (Shelley Michelle), who is the newest star of the ridiculous STAR DANCER television show. She’s also a complete nutcase, with her growing jealousy of Penny causing her to act.. erratically. In one scene she’s teaching Penny ballet or cavorting around naked with her in a pool, while in the next she’s screaming at her to get out of her dressing room. Is she supposed to be insane, or is it the loopy editing? Who knows!

After a sexual encounter with STAR DANCER’s producer (and his wife, and some other folks), Penny manages to dance her way into a spot on the show, which of course throws Katya into a rage. But it really doesn’t matter, since Penny has issues with her work papers, and Katya feels that she’s too old for the show. They both quit… I think, and then move into a tiny apartment together. Things get a bit confusing at this point. Katya gets a job dancing at a bar, but continues to berate and mistreat Penny until she puts Petroleum jelly on the bottom of Katya’s dance shoes, which leads to Katya taking a light fall onstage. Now PENNY is the star! Except that a police officer has been on her tail since the murders at the beginning of the movie. OFF SHE GOES to prison for six months, before being exonerated by her maid who was taking criminal investigation classes on the side. She also returns a diamond necklace made of the ashes of Penny’s deceased sister. YES, THIS HAPPENS. 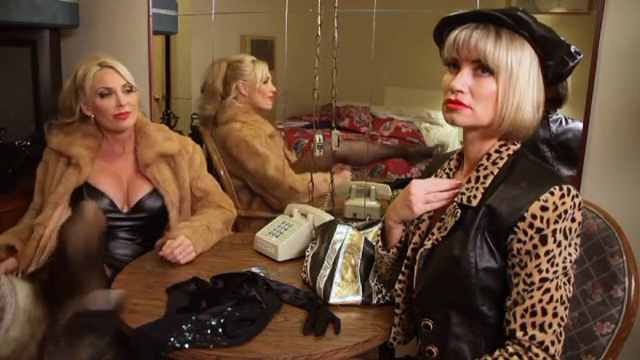 But that’s really just a taste. Two hours in and your mind will likely wander towards some very reasonable questions: Why does this exist? Who is this for? Is this a satire? Parody? Is Penny supposed to be sympathetic? Has her character just been perverted and corrupted by the meatgrinder of fame? Why is she friends with Katya? Why does the guy who runs the Pawn Shop also run the dance show at the end? Why the heck does she want to get on Star Dancer so badly? Does Katya not know that Godhardt is a pimp? What was up with that bar scene with the devil and funky robot guitarist? Why can I see boom mic shadows when the sound is so awful?

But put all of those questions out of your mind and just give in to the madness. In terms of aspiration, inspiration and ambition, nobody can fault SHOWGIRLS 2. While the original film aimed high and missed, Rena Riffel instead aims low, and manages to hit again and again. It’s no surprise that Riffel thanks David Lynch (she appeared briefly in MULHOLLAND DRIVE) in the closing credits, as this sort of defiance of traditional structure and commitment to surreal, borderline nonsensical storytelling plays like a dimestore riff on Lynch’s style. This is a special movie, and like nothing you’ve ever seen. Filled with equal measures of ego and bile, it’s a must-see for low-budget enthusiasts.