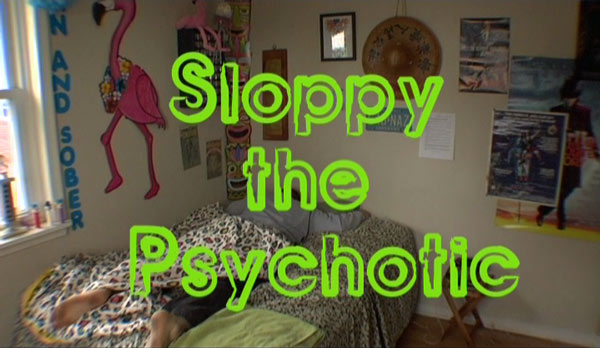 Coulrophobia is a fear of clowns.

Oddly, this fear wasn’t really given a title until the 1980s, and even now it’s hardly an officially recognized condition. But for whatever reason (I blame those dream sequences in PEE WEE’S BIG ADVENTURE), people started to voice their fear of clowns en masse in the 80s, and it manifested itself in the zeitgeist – led by the murderous Pennywise the Clown in Stephen King’s novel IT (which was later terrifyingly given voice by Tim Curry in a TV adaptation) and The Chiodo Brothers’ memorable horror-comedy KILLER KLOWNS FROM OUTER SPACE.

And this fear doesn’t only afflict children. Perhaps the iconography of real-life serial killer John Wayne Gacy dressed as “Pogo the Clown” fueled the terror, or perhaps it’s simply fucking weird to see a grown man (or woman) in grease paint acting so bizarrely. Think of the menacing clown doll in POLTERGEIST, Captain Spaulding in HOUSE OF 1000 CORPSES or *shudders* PATCH ADAMS. I don’t like clowns. And I especially don’t like murderous, psychotic clowns. Which brings us to Mike O’Mahony’s microbudget 2012 feature SLOPPY THE PSYCHOTIC which features a particularly murderous and – as the title suggests – psychotic clown. 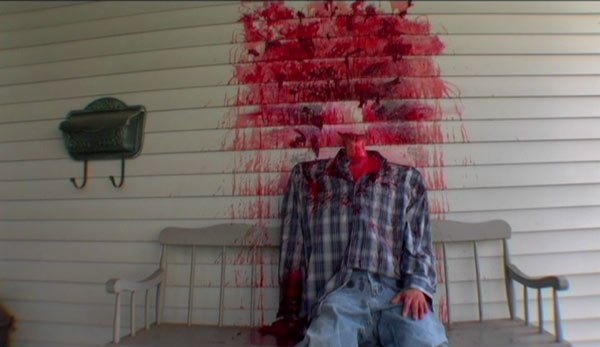 Mahony plays Sloppy, a seemingly good-natured children’s entertainer who finds himself out of a job after angrily confronting a child drawing lewd clown-related pictures at one of his parties. Sloppy hits rock-bottom almost immediately, waking up after a drunken fling to discover the corpse of a young woman in his bed. While he initially attempts to hide the crime, soon Sloppy’s life gets.. sloppy, and he starts murdering those who have wronged him in the past. While initially targeting scumbags and reprobates, his killing spree eventually finds him at a children’s birthday party.. and things get surprisingly obscene (and ridiculous) from there.

Sure, SLOPPY THE PSYCHOTIC follows the usual slasher movie patterns, but manages to rise to the occasion once Sloppy starts his slaughtering, leading to some inventive deaths via clown paraphernalia. It’s more in the MANIAC vein than something like HALLOWEEN, as we spend almost the entire running time with Sloppy as his already shaky grip on reality starts to slip, and his plans get more horrific. But once the exploding cigars and severed penises arrive, there’s at least an element of dark humor that keeps things from getting too grim. 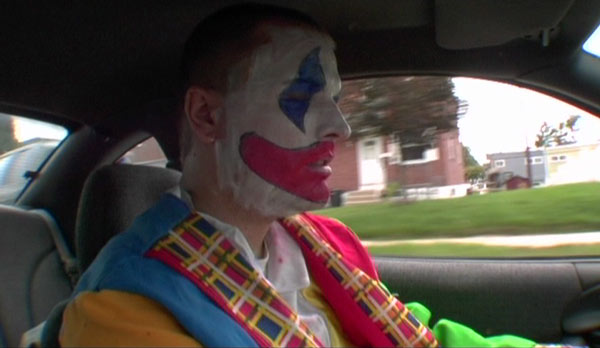 That is, however, until the final Birthday Party sequence. It’s here where Mike O’Mahony pulls out all the stops – both in terms of violence and bad taste. Seeing a clown outright murder a group of children might be a bit much for some viewers – it even made me a bit queasy – but I have to admire O’Mahony for covering territory that even microbudget films rarely tackle. It’s too silly to be entirely disturbing, but a table of children spitting up blood is still an incredibly unpleasant sight. I’m not sure if the parents who let their children take part in the scene deserve praise or scorn, but I get the feeling that nobody was taking the events too seriously. 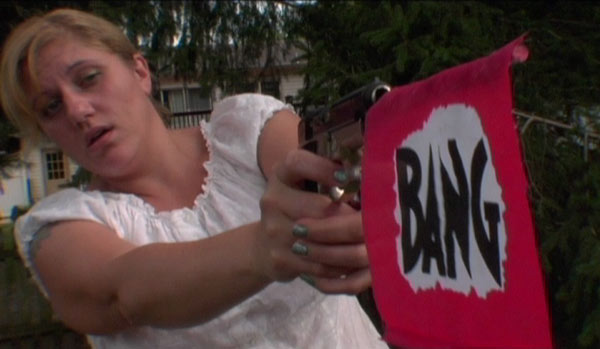 While lacking scares and failing at being an effective character study, SLOPPY THE PSYCHOTIC manages to remain quite entertaining simply being thoroughly distasteful and unpleasant. O’Mahony has obviously learned from classic Troma, and packs in enough inventive gore (including the classic TOXIC AVENGER “head run over by tire”) and gags to generally distract from the nihilism and emptiness of the whole thing. Plenty of fun for discerning gore-film fans, but those with coulrophobia should probably stay away.