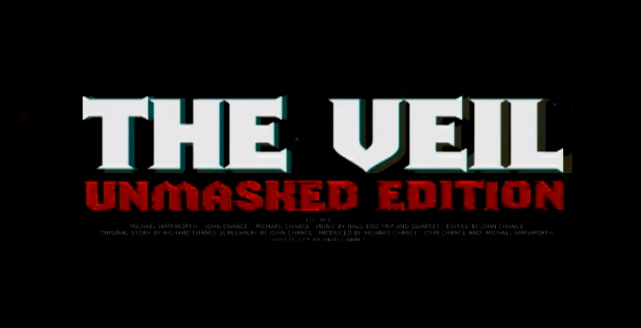 Most micro-budget features just barely limp to the 90 minute mark (if that), so when I encounter a 150 minute UK-shot zombie epic, I sit up and take notice. That was certainly the case with Richard Chance’s impressive B&W debut THE VEIL, shot over a period of five years, which I originally encountered back in 2009 – and was immediately blown away. Certainly some of that was the novelty; as not only was THE VEIL epic in length, it also had a cast who spent 99% of the film wearing distinctive gas-masks. Refreshingly, the material was also played entirely straight. No winking at the camera here; THE VEIL takes the zombie apocalypse seriously, and benefits from the pitch-black take on the material.

Since the release of that film I’ve been lucky enough to spark up a friendship with star/co-writer (and a fine director in his own right) John Chance, so when he told me a few years back that his brother and he were thinking of taking a stab at re-editing the film, I was awfully curious. In its extended form, it was always going to be an acquired taste – but could a re-edit bring it the audience (and respect) that it deserved? 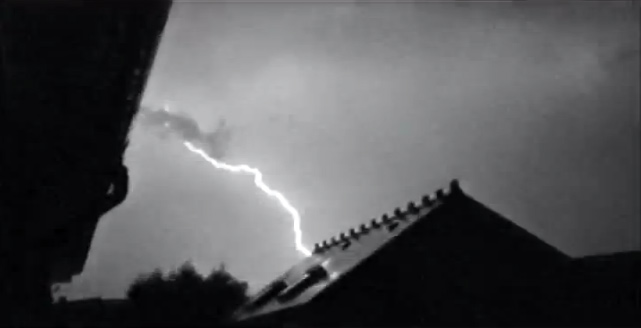 Even after watching it, I’m unsure. With much of the bloat removed, THE VEIL – UNMASKED EDITION is a hysterically paced nightmare of a film.

Much of it takes place in an abandoned house, with three SAS agents trying to stay alive against a near-constant onslaught of the living dead. While the original version spent significant time on the interplay between Green (Richard Chance), Anderson (Michael Himsworth) and Weston (John Chance), the newly edited version is a near-steady stream of assaults. The violence and intensity is immediate, and it’s only in a few impressive flashbacks that we get a brief release from the kinetically-shot carnage. It starts to get a bit exhausting, but the Chance brothers are careful to mix up the action – including a dynamite sequence where a lightning storm turns a zombie attack into a strobe light dance party. It’s a total assault on the senses, particularly when paired with the droning, ambient soundtrack.

And the soundtrack is just one element that puts THE VEIL several cuts above its low-budget brethren. Special effects are inconsistent, but plentiful, with the zombies occasionally looking like the mud-faced creatures in Umberto Lenzi’s NIGHTMARE CITY, but more often looking like low-budget versions of the incredible Giannetto De Rossi creations in Lucio Fulci’s zombie films. The B&W sometimes hobbles the cinematography, but the camera work is animated and unique, making the most of the tight surroundings of the house, but branching out in some of the flashbacks. The acting is a bit hard to judge; not just because of the strong accents, but also because lines are occasionally muffled or drowned out by the music. Still, these guys throw themselves into their roles quite entirely – and some of the physical confrontations are wonderfully brutal. 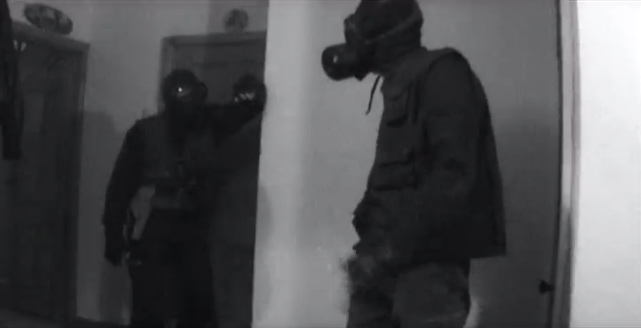 In this new edit, the 94 minutes go by staggeringly quickly, but also suffer slightly from losing much of the interplay between the leads, making the film’s first half an entertaining, but occasionally incomprehensible, shower of intensity and gore. Combined with the sometimes shaky audio quality, and I’m not sure I ever quite figured out which character was which. The motivations become a bit clearer as we race to the finish line, but a first time viewer will be excused for occasionally losing the plot. Thankfully everything congeals at the end, before an appropriately nihilistic ending brings the whole thing to a satisfying close. 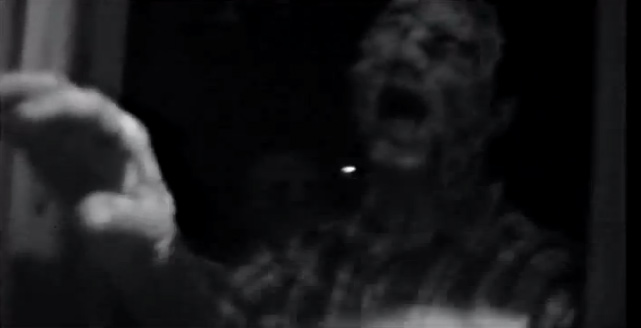 THE VEIL remains a special film even in its truncated format. I suppose the closest comparison is Dario Argento’s cut of George Romero’s DAWN OF THE DEAD, which sliced the zombie epic to its bare action essentials, making for a unique – though oddly toothless – vision. UNMASKED EDITION doesn’t feel quite so emotionally neutered by the editing, but it’s still missing some of what made that original viewing such a powerful experience. For less patient viewers, however, this version will hit you right in your gut-ripping sweet spot.

Coming soon: An interview with the creators of THE VEIL