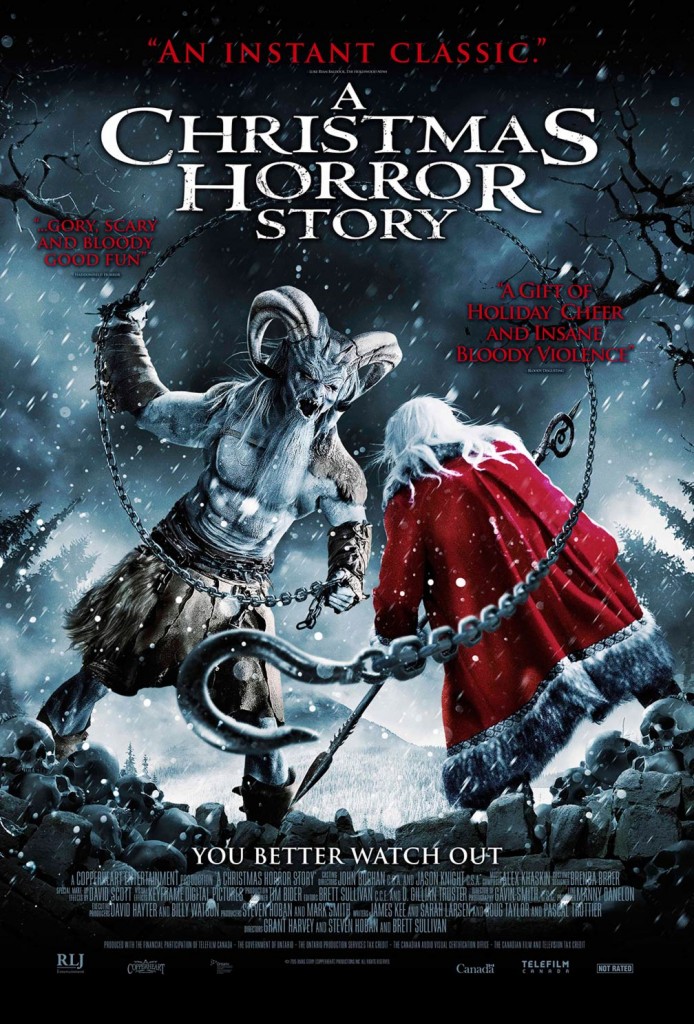 Every year in recent memory, independent film companies have been giving us Christmas-themed horror films. Some have been abysmal, some mediocre, and others have turned out to be completely amazing. Happily, A CHRISTMAS HORROR STORY falls under the latter description. It’s so top-notch that it has instantly become one of my new holiday favorites.

Two of my favorite horror sub-genres are anthology films and Christmas-themed horror. I think someone must have read my mind, because A CHRISTMAS HORROR STORY combines the two, yet they manage not to tread across any familiar territory.
The opening credits of the film set the tone. They are simply beautiful, something you’d see in a more family-friendly film like THE POLAR EXPRESS. As the blood starts to drip and the word Santa slowly changes to Satan, things get malevolent really quickly. 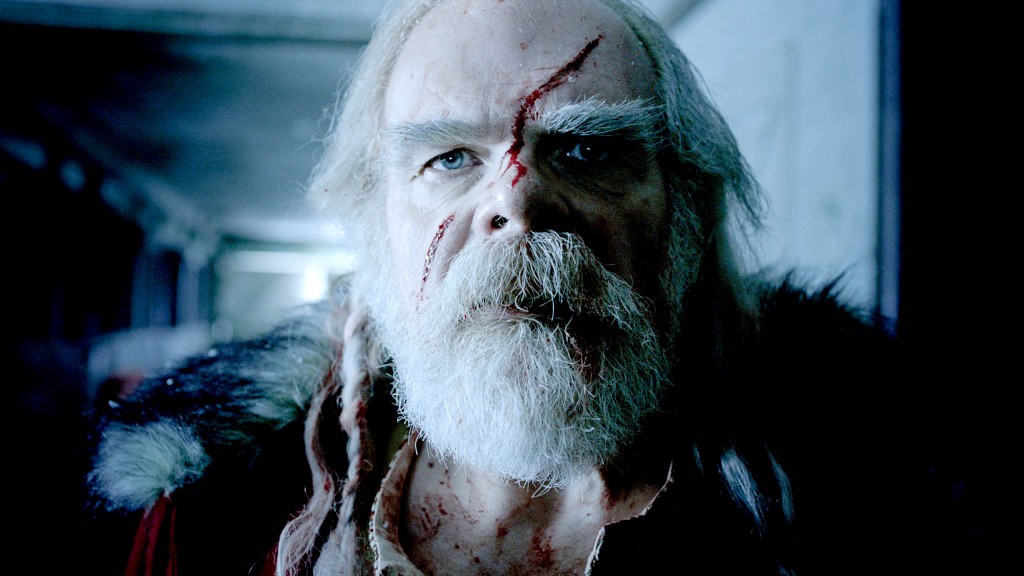 The film opens with Santa (George Buza) talking to his reindeer one by one. When he turns around to face the camera, Santa has a big scar on his face. Why does Santa have a scar on his face? Stay tuned! Flash back to twelve hours earlier, during a small town’s holiday celebration, where conservative radio DJ  Dangerous Dan (William Shatner) can’t stop talking about how much he loves the baby Jesus. Old Bill Shatner is perfect for this role. He really owns every scene he’s in, just the way you’d most hope for him to do. 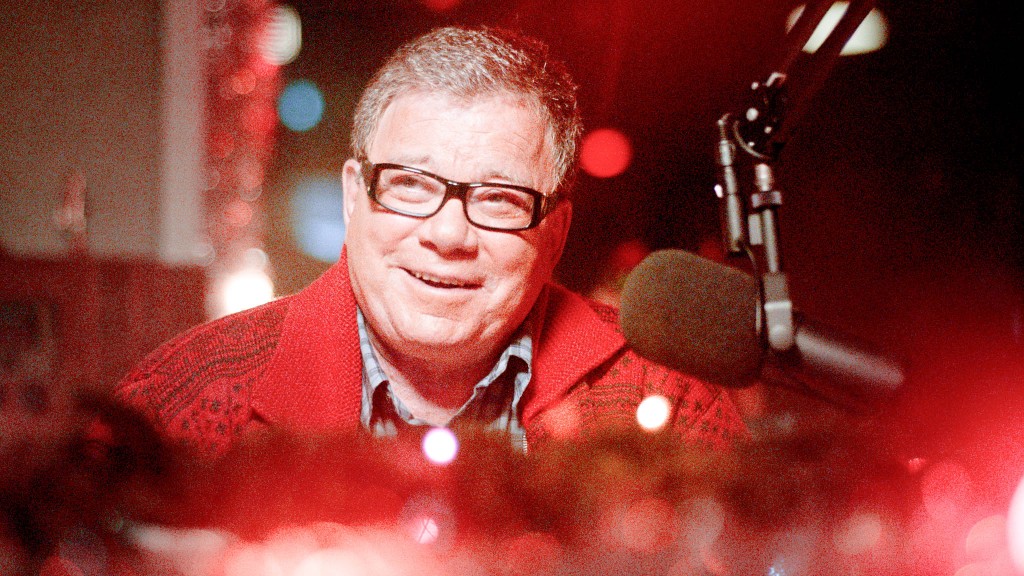 On Christmas Eve in a small town, what would do you think you’d be doing, assuming you were a bunch of nubile teenagers working on a school project? Naturally, you’d sneak into a school where multiple homicides had been committed just a year earlier. Molly (Zoé De Grand Maison), the leader of the group, leads the kids’ mission to find out about what happened. Early on, they are met by a friend of theirs, Caprice Bauer (Amy Forsyth). She’s a “bad girl,” stuck spending the holidays with her horrible family and bratty little brother Duncan (Percy Hynes-White), who is such a jerk you can’t help but look forward to him meeting a gory death!
Meanwhile, up at the North Pole, the elves are dying off, and since elves can’t die, they soon come back as flesh-eating zombie elves! It really made me happy to see the elves played by little people, and not some sort of tossed-off CGI crap, and also, having an older actor playing Santa is great, since he isn’t laboring under too much make up, and besides, he’s a tough old motherfucker. He fights off those zombie elves like Conan The Barbarian. It’s a blast. 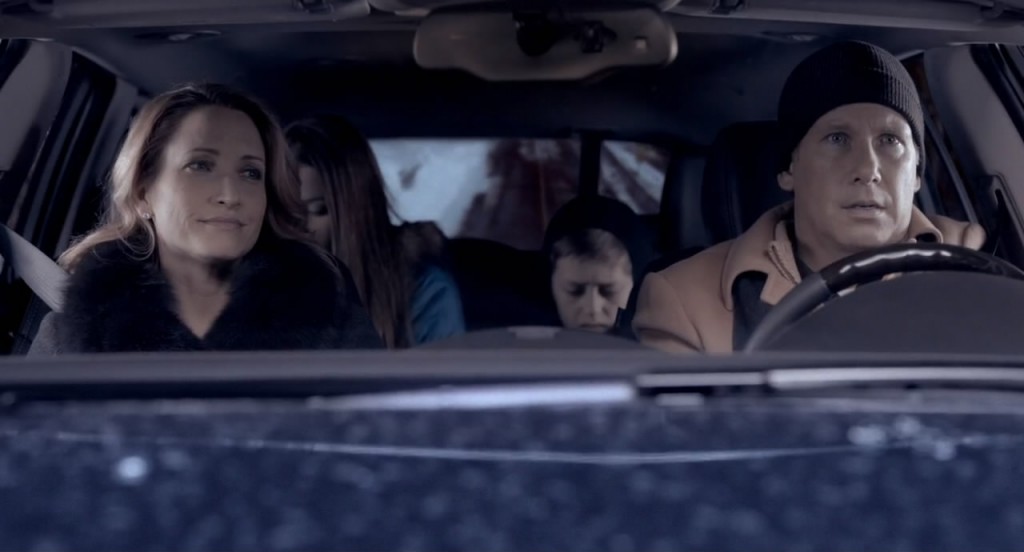 In another of the films’ storylines, the Bauer family pass by another family going to cut down their own Christmas tree. The sign says “no trespassing”, and as any horror fan knows too well, when a sign says “No trespassing”, it’s there for a good reason. Think of “The Raft” vignette from CREEPSHOW 2. Of course, the bull-headed father (Adrian Holmes) decides to push ahead. Their young son Will (Orion John) runs off, and when they finally find him, he’s not quite the same. As Will keeps acting up, his mother (Oluniké Adeliyi) knows there is something wrong. In one scene, she’s lying in bed trying to sleep, and the young boy sneaks in and begins to get intimate with her. It’s gross and completely effective. 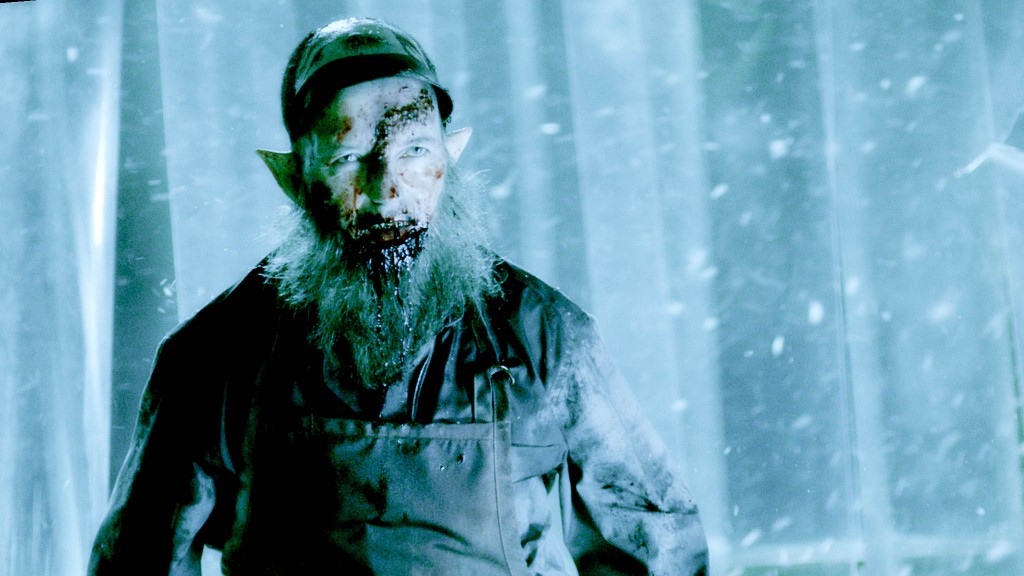 I’m happy to report that A CHRISTMAS HORROR STORY is unlike any other Christmas-themed horror film. Most of them tend to deal with slashers, but this film has changeling trolls, ghosts and possession, zombie elves, and even a super badass Krampus! This film takes place in modern times, but the feel of it is much more vintage 1980s and 1990s. If you are a fan of the Halloween anthology classic TRICK R’ TREAT like I am, and you want to see that sort of treatment done to Christmas, with several horrific stories seamlessly waved together, then you need to A CHRISTMAS HORROR STORY! It’s highly recommended and it’s readily available on DVD and Blu-Ray now.