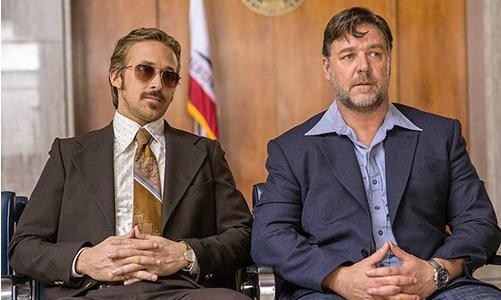 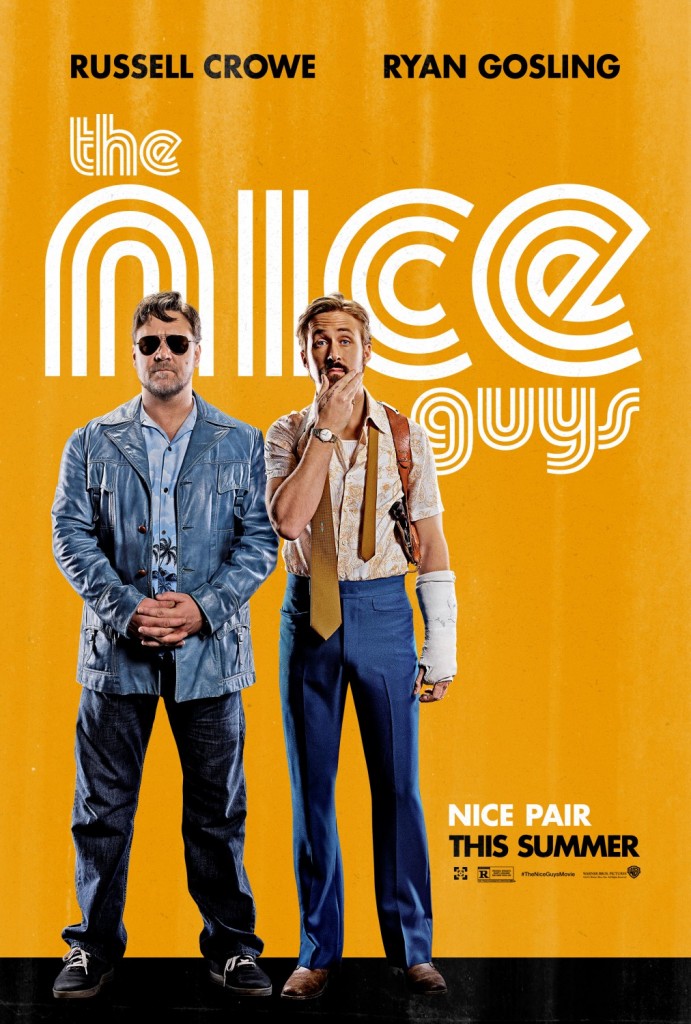 It’s been ten whole years since KISS KISS BANG BANG. That’s a long time for fans to wait for a new Shane Black movie. I liked IRON MAN 3 just fine, but as I said at the end of my review for that one, “I’d have much preferred to see Shane Black make a JOE HALLENBECK 2 or a Gay Perry solo film.” By which I meant I’d always rather see this original and influential writer and filmmaker telling stories with characters who sprang out of his own brain. But to do that in this day and age, sometimes you need to be “the director of IRON MAN 3” first. So thank you, IRON MAN 3. You were worth it. This looks great.

In this trailer for THE NICE GUYS we’re introduced to bruiser Jackson Healy (Russell Crowe) and wannabe Holland March (Ryan Gosling), who look like they fit right in with the Shane Black pantheon of literally-battered-and-beaten do-gooder optimists. I like both these actors, and I’ve never seen them in a movie like this one, which makes this trailer a gift that keeps on giving. Just in time for Christmas. 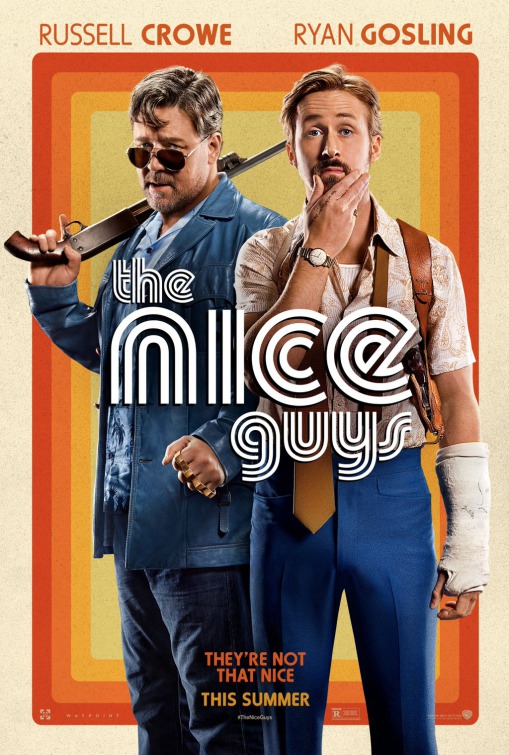