There is strange vulnerability that hides between the lines in writer/director Onur Tukel’s CATFIGHT, a political satire that delves into feminist undertones via vicious fight sequences. Yes, CATFIGHT manages to package so much into its 96 minute running time, and it works. The movie is perfectly cast with familiar faces that we unfortunately don’t get to see too often over the last few years, and we are reminded of why we loved them to begin with. 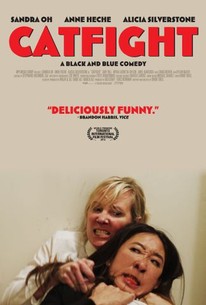 Veronica (Sandra Oh) is a wealthy trophy wife who is extremely dismissive of her son’s artistic aspirations despite his obvious talent. He takes her discouragement in surprising stride, but it’s clear that this is an everyday thing so he’s probably used to it by now. Her husband, Stanley (Damian Young), is filthy rich and has just closed a deal, while planning to celebrate at a party he does not want Veronica to attend while drinking.

Ashley (Anne Heche) is a struggling artist who is living off her girlfriend, Lisa (Alicia Silverstone). Lisa and Ashley end up working in catering at this party for Stanley, which is where Ashley crosses paths with Veronica. As it turns out, these two knew each back in college where that friendship turned sour when Ashley came out of the closet. This invokes past unresolved resentment that is only the icing on the cake with their current issues in their own personal lives. What results is a brutal fight between the two that gets the story started in a series of cycles with funny results.

Sandra Oh is hysterical as Veronica, understanding both the self-obsessed yet tragic nature of her character. Her inability to acknowledge others’ feelings without making about herself is one of those traits that’s hilarious on film, but you know it’s infuriating if you knew her in real life. Her need for a drink is fun to watch as she looks down upon artists as her philosophy stands that no one takes them seriously. This helps build the tension when she bumps into Ashley and can see the unhappiness in her eyes even if she refuses to acknowledge it. Anne Heche really hits it with Ashley as she finds her life take a 180 after this initial fight and she holds herself onto an extremely large throne that only she sees. These two women have much more in common than they care to admit, but as CATFIGHT progresses, those similarities become more and more apparent.

Their stories take place in an alternate America where the president has initiated the draft and altered the laws for younger Americans to go out and fight. On top of that, health care has also been negatively impacted and these two both face the sequences. Their own means of making a living are directly impacted by the political climate and Tukel manages to make it both culturally significant and funny to watch.

CATFIGHT allows these women to literally throw themselves in front of the camera and let loose. There’s no restraints here as we finally get women full of anger and grudges without the Oscar hungry need for monologues. These women fight with their fists, not their words and that’s what I loved so much here. There’s no hair pulling that one finds in daytime talk shows, but real bloody knuckles and any blunt object they can grab their hands on. CATFIGHT is a hilarious ride into the minds of American women who have more than plenty to say. 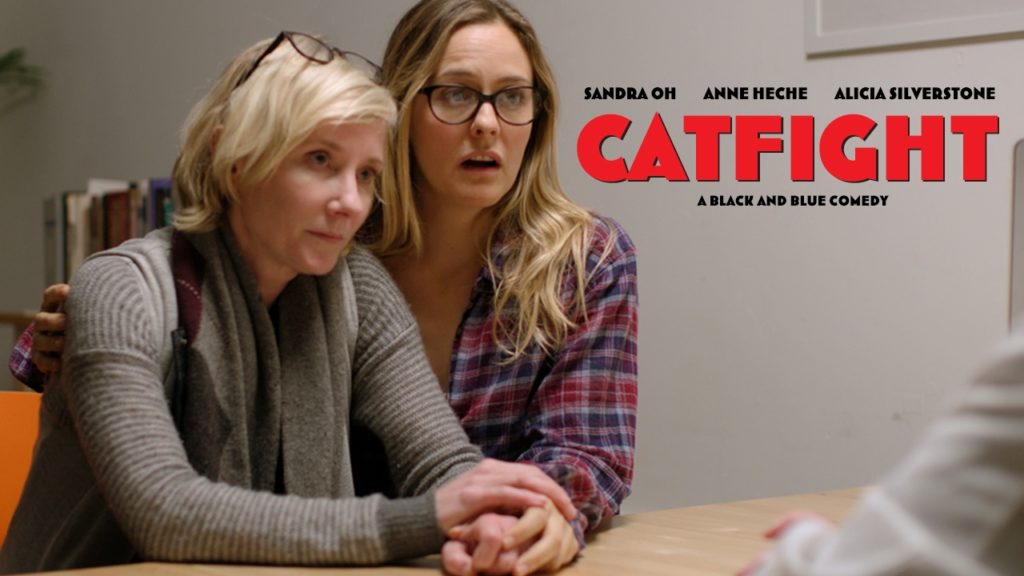