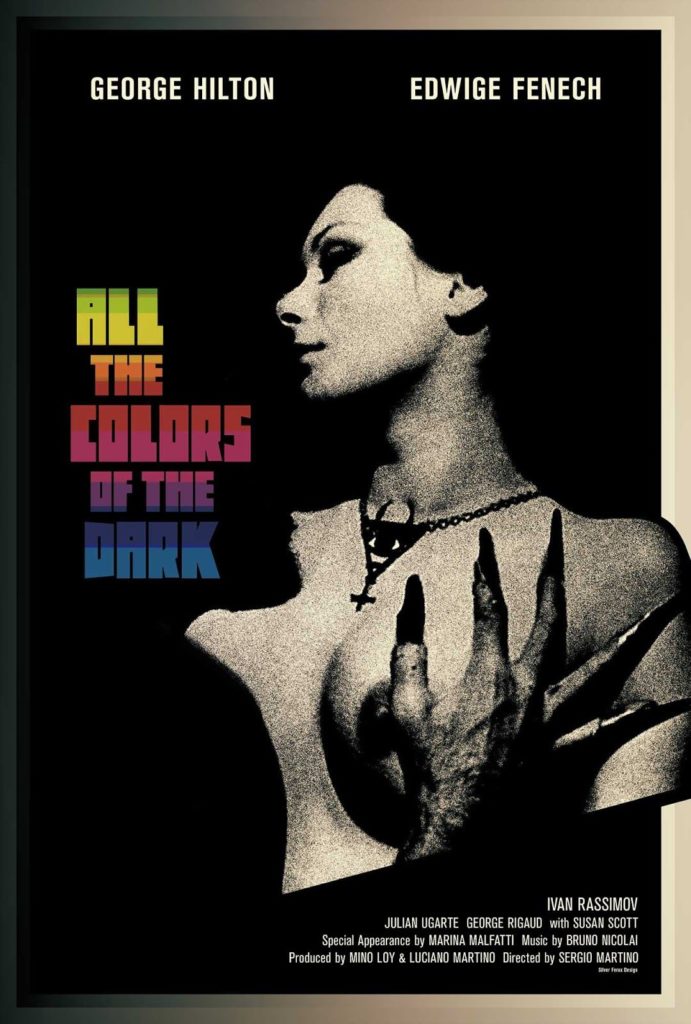 The word giallo immediately brings to mind the names of horror stalwart directors Mario Bava and Dario Argento, the former who gave birth to the popular European sub-genre movement during the late 1960s, and the latter who took what Bava had done and ran with it. Argento turned the giallo up to eleven with more sexuality and more gruesome killings, but also more experimental camera techniques and more dreamlike atmosphere. Many, many other directors soon followed suit, eager to leave their own mark on the sub-genre, and each going about it in many different ways. Some vied for artistic, some vied for pulpy thrills (which would be mirrored by the slasher movement in the U.S. following the release of John Carpenter’s HALLOWEEN). Soon, the giallo, whose etymology is traced back to yellow-covered pulp fiction novels from the early 20th century, would be applied to many different concepts: straight-up murder mystery, psychological horror, supernatural slice-and-dice, or a combination of the three.  (They sometimes shared their elements with another non-horror sub-genre known as poliziotteschi – think DIRTY HARRY reimagined as an Italian production, but with gorier killings.)

Director Sergio Martino enjoyed a career every bit as prolific as the filmmakers named above (which includes titles like TORSO and THE CASE OF THE SCORPION’S TAIL, along with a fair number of sex comedies), but he never managed to find the same kind of mainstream success as his contemporaries. Ironic, given that his 1970 film ALL THE COLORS OF THE DARK is considered to be a quintessential giallo and clearly inspired Argento once it came time to helm his masterpiece, SUSPIRIA.

Starring the unrealistically beautiful Edwige Fenech, ALL THE COLORS OF THE DARK is about a woman named Jane, possibly suffering a psychological breakdown, who believes that a mysterious blue-eyed man in a trench coat is stalking her…with a dagger. Naturally, as the genre demands, no one believes her, and those in her life instead offer armchair analysis and advice, believing it to be a figment of her imagination. Her boyfriend, Richard (George Hilton), tells her to take vitamins; her sister, Barbara (Susan Scott), suggests therapy; and her neighbor, Mary (Marina Malfatti), suggests the most outlandish cure of all: a black magic ceremony to purge her of her fears. Jane tries each one, finding success in none, but after taking part in a black mass, things really go south.

From its opening frame, Martino is quick to inject some nightmarish (literally) imagery into what so far had been a straightforward sub-genre dedicated to murder mysteries. The opening moments present something not seen in gialli up to that point, and that same sense of unease carries through to the entire film, leaving you to wonder just how much trust you can put in Jane’s eyes, or if she’s your classic unreliable narrator. There’s just enough fantastic elements that help the film and Jane’s frenzied journey feel just the least bit surreal, often making you question if what she sees is for real, or if the double-whammy of her mother’s murder when Jane was young, and Jane losing her unborn baby in a car accident, has warped her mind. And given that it’s right there in the title, Martino plays around with colors; in a pre-Shyamalan show of sneakiness, Martino hides blue – the same shade as the mystery man’s eyes – in plain sight, subtly suggesting that the person wearing that blue sweater or driving that blue car is not to be trusted.

ALL THE COLORS OF THE DARK was previously released in the U.K. by Shameless Video in underwhelming fashion, so giallo fans waited with bated breath to see if Severin’s own domestic release would reign supreme. Of course it does – Severin’s new 4K restoration looks fantastic for a film of this age, offering strong color (natch) and a very stable picture free of any major print damage. There are some flecks along the way, but that’s to be expected in a film turning fifty next year. The audio is a little less impressive, presented in two options via mono track (as originally exhibited in theaters), but being that the film is mostly driven by its visuals and its eerie and thrilling score by Bruno Nicolai, that’s pretty forgivable. The English dialogue dub sounds fine and easily understandable with no signs of distortion or issues with sibilant dialogue. The Italian dialogue track is English-subtitled. 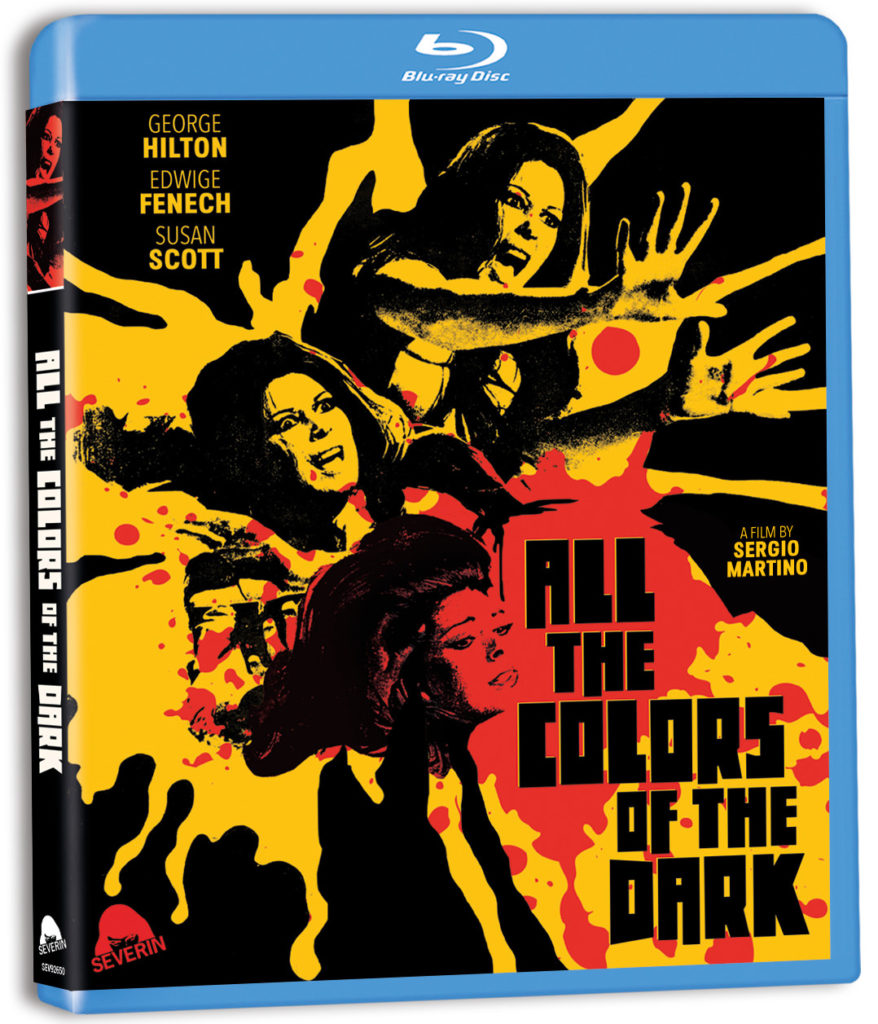 The supplements on hand are also nice and extensive, even featuring a brand new (subtitled) interview with the eighty-years-young director Sergio Martino:

Between Arrow Video, Synapse, Kino Lorber (who have released much of Mario Bava’s output), and now Severin Films, the amount of gialli now available on Blu-ray has become silly over the last 2-3 years. ALL THE COLORS OF THE DARK deserves to stand tall with the other classics of the sub-genre, not just because the title itself is a remarkable entry, but also because Severin’s release has been so handsomely rendered. It comes very recommended.

ALL THE COLORS OF THE DARK is now available on Blu-ray from Severin Films. (Also be sure to check out their 3-disc release of ALL THE COLORS OF GIALLO, which contains a newly produced feature-length documentary on the history of the giallo as well as a four-hour(!) trailer compilation of giallo titles.)