Generally, when it comes to genre films from the earliest part of the 20th century, two films often come into the conversation: 1920’s THE CABINET OF DR. CALIGARI (an all-time favorite) and 1922’s NOSFERATU. Given the era, both are silent, black and white, and hail from Germany. Also released during this time, and not too far away, is 1922’s HÄXAN (meaning THE WITCHES), which hails from nearby Sweden. Though all three films have a lot in common, NOSFERATU and THE CABINET OF DR. CALIGARI get much of the credit for invigorating the horror genre and film in general; meanwhile, HÄXAN never got as much love and exposure, which is a shame because it shows just as much ingenuity and creativity — if not more so — but also tells its story in a more provocative and less typical manner. 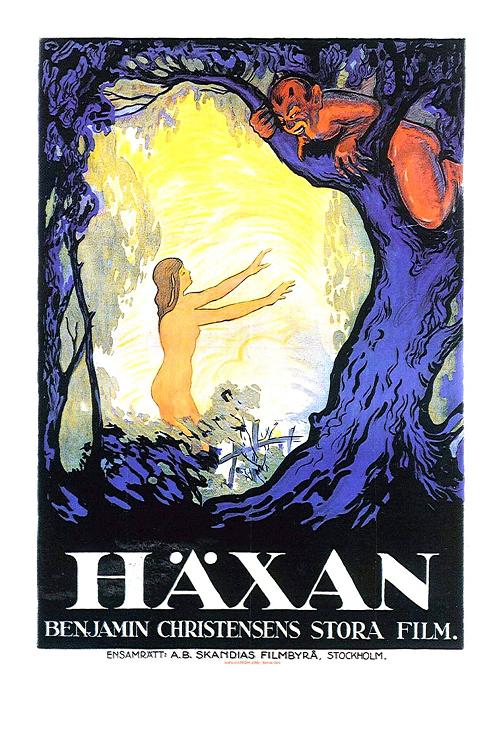 Written and directed by Benjamin Christensen, HÄXAN is broken up into chapters, of sorts, and lives up to its often-used subtitle, Witchcraft through the Ages. Instead of telling a linear plot, HÄXAN explores different eras and aspects of witchcraft through what could be described as visual essays, relying on incredibly creative on-set special effects and in-camera illusions (as to be expected, being that HÄXAN  is nearly 100 hundred years old). Though largely a documentary, HÄXAN presents as a horror-tinged docu-drama with actors standing in to represent various character archetypes who loomed large in the different aspects of witchcraft, magic, and the so-called black arts, which, naturally, were blamed on the influence of the devil (who appears, and is played by director Christensen). In many ways, HÄXAN’S approach is relevant even today, in that the film looks at real-life maladies like mental illness, which throughout time was blamed on witchcraft, and warns that misinterpretation, ignorance, and even fear of these issues have the potential to lead down the wrong path. Unfortunately we’re still dealing with this even in our so-called civilized, technologically advanced modern era, in that people with real mental illness are supposed to just “get over it,” or be treated like social pariahs instead of trying to put more effort into what it is, why it is, and what can be done to help.

HÄXAN is broken up into four parts, each exploring different aspects of mysticism and presenting them in distinct ways. The first part plays almost like a slideshow at a museum, showing different artist creations in the form of paintings and woodcuttings that depict man’s fear of the devil, hell, and his so-called concubines on earth. By the end of the fourth part, HÄXAN nearly becomes a narrative, following the experiences of inmates at a mental institution, whose barbaric treatment by hospital personnel draw very specific and purposeful parallels to how people (mainly women) were treated during the medieval era once they were accused of witchery.

Though HÄXAN evolves as a film over its running time, the finger it points at the problem remains firm and steadfast, blaming, above all, ignorance as the main culprit in how poorly man has treated man since the beginning of recorded history. As a piece of filmmaking, it’s assured, confident, and well made; as a documentary, it’s interesting, insightful, and eye-opening; but as a social piece that reflects the time in which it was made, it’s bleak and even a little depressing, because while it was meant to serve as a warning to future generations to increase their understanding, it instead serves as a reminder of our reality, in that we’re just as ignorant as we ever were — just that our ignorance has since changed forms. 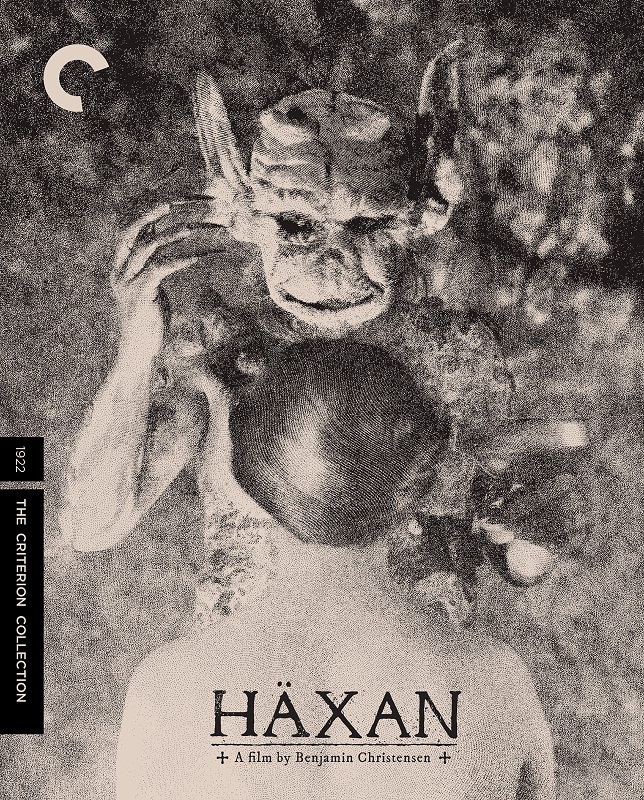 HÄXAN is now available on Blu-ray and DVD from the Criterion Collection.