The first ESCAPE PLAN is an unremarkable but admittedly fun throwback to high-concept action fare typical of the 1980s. Nearly every action star had his own prison flick during that era, and in Stallone’s case, he did it twice. (TANGO & CASH totally counts.) By the time he and Arnold Schwarzenegger joined forces in 2013 for what was originally called “The Tomb” and which eventually became ESCAPE PLAN, even the critics who enjoyed the film accurately observed that such a team-up would have been the stuff of action fans’ dreams… had they done it twenty years ago.

ESCAPE PLAN did so-so business at the domestic box office, but was a major title in China (as tends to happen with big dumb Hollywood spectacles), so when Lionsgate announced not one but two sequels, cynics were both amused and confused. That they would be mostly funded by Chinese production companies, and would star Chinese actors alongside returnees from the first film, made sense of Lionsgate’s decision.

The first of these was ESCAPE PLAN 2: HADES, directed by master hack extraordinaire Steven C. Miller, who has had the distinct pleasure of working with Bruce Willis (three times), Nicolas Cage, John Cusack, and Malcolm McDowell, but without ever making anything even approaching watchable. That Stallone doesn’t even appear in the sequel beyond a contractual twenty minutes was the icing on the cake of mediocrity that effortlessly proved why moviegoers avoid direct-to-video titles whenever possible.

ESCAPE PLAN: THE EXTRACTORS, following on the tail end of this, seemed doomed. 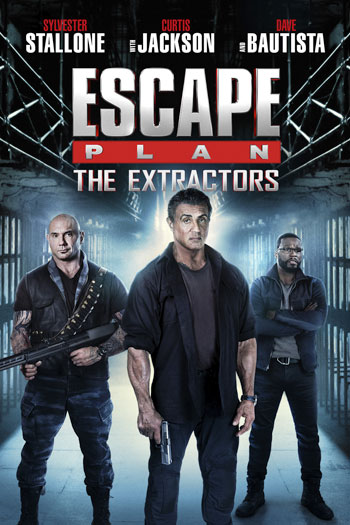 Directed by actual filmmaker John Herzfeld (15 MINUTES, the underrated Tarantino ripoff 2 DAYS IN THE VALLEY), and with nearly every surviving cast member of Ray Breslin’s team returning (except for Amy Ryan, who is replaced by Jaime King), ESCAPE PLAN: THE EXTRACTORS feels like a bonafide sequel to the first film in every way that its predecessor, HADES, didn’t. As if knowing how much of a turd the previous flick was, ESCAPE PLAN: THE EXTRACTORS has dropped the “3” from its title to more closely associate only with the first film. Better yet, there’s no bait-and-switch this time. Stallone is definitely your lead hero AND actor this time out, though he shares the screen with a bodyguard named Shen (Jin Zhang), who works alongside Breslin to rescue a former asset that’s been kidnapped by the film’s primary villain. And it’s not just the familiar faces that help render this connection to the first film, but the sequel’s conflict ties back directly to the first film’s events—specifically the resolution of the character played by Vincent D’Onofrio (who appears here courtesy of stock footage). One can look at this connection and groan and say, “of course a direct-to-video sequel to an okay action flick is pulling this,” but I’m fine with it: if ESCAPE PLAN: THE EXTRACTORS wants to riff a little on DIE HARD WITH A VENGEANCE, I won’t stand in its way. 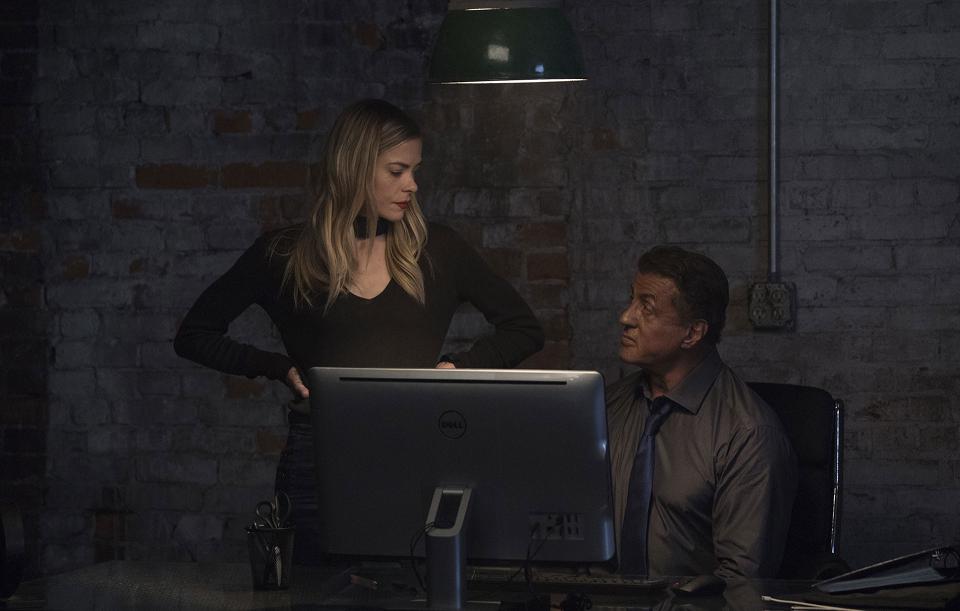 But okay, the action: that’s why we’re all here, isn’t it? Like most other quiet direct-to-video/VOD releases from Lionsgate, ESCAPE PLAN: THE EXTRACTORS suffers from some really poor CGI during the action sequences, but thankfully, director Herzfeld relies on practical effects whenever possible, dialing back gunfights in favor of some genuine, hombre-on-hombre fisticuffs. The final fight between Stallone and villain Devon Sawa – yes! the cutie boy from LITTLE GIANTS! – is a brutal ass-handing, with Stallone landing such heavy hits that you’ll swear you can feel them. 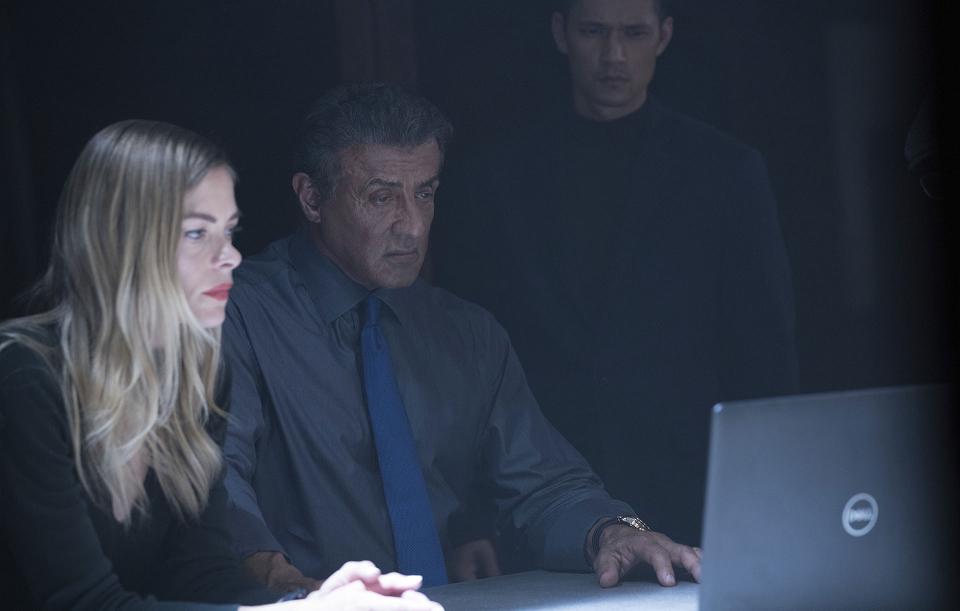 Future Expendable Dave Bautista returns from the second film to lend a hand in all the ass-kicking, even getting to enjoy the rare novelty of fighting his own body double/stunt man, who plays a nameless villain within the Estonian prison where the third act plays out. Bautista, who also barely appears in HADES, is finally given something to do, and while his screen time won’t please his most ardent fans, he appears enough that no one should feel ripped off about it. (There’s very little 50 Cent, which suits me just fine.) 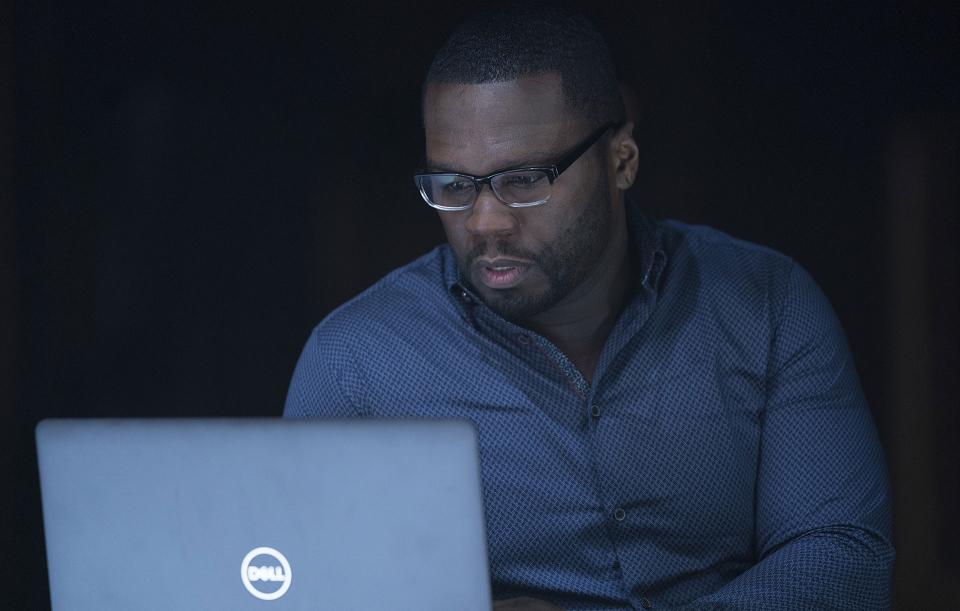 The Blu-ray release offers a respectable dose of special features: a commentary with director John Herzfeld and actors Sylvester Stallone and Devon Sawa, along with a pretty typical ten-minute behind-the-scenes/interview EPK that sees participation from almost all cast and the director. Stallone talks specifically about the final fight scene and how he approached doing it, which was—for the first time in his career — to just wing it, instead of relying on careful choreography. (The fight scene is rawer and angrier than one would expect, so his experiment was a success. It lacks any kind of polished grace in favor of brute force brutality.)

In the interest of full disclosure, I could never responsibly say that this latest sequel is a good movie. The script contains some hammy dialogue, which leads to some hammy performances, and again, the conflict is ripped straight from the school of cliché, but if we’re being fair, the first flick didn’t exactly have a well-oiled script, either. In fact, since comparisons are inevitable, I can’t even responsibly say that the first ESCAPE PLAN is a good movie, but it is fun, and good for what it was.ESCAPE PLAN: THE EXTRACTORS is a darker take on this world, dialing down much of the humor (a lack of Arnold will do that, I suppose) and even offering a couple of genuinely shocking moments that one wouldn’t expect to see in such an under-the-radar title. In that regard, it’s fair to say that THE EXTRACTORS is a low-fi but worthy follow-up.

Will there be further ESCAPE PLAN sequels? As of right now, none have been officially announced, though the ending teases a new adventure. Based on the reception of HADES, the future of the franchise hinges on how the world takes to THE EXTRACTORS. Personally, I wouldn’t bet on ESCAPE PLAN 4, but if there’s one thing Stallone is good at, it’s proving me wrong.