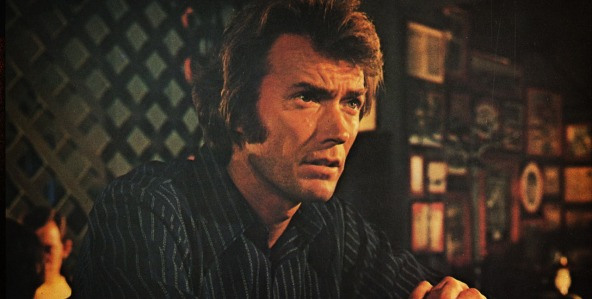 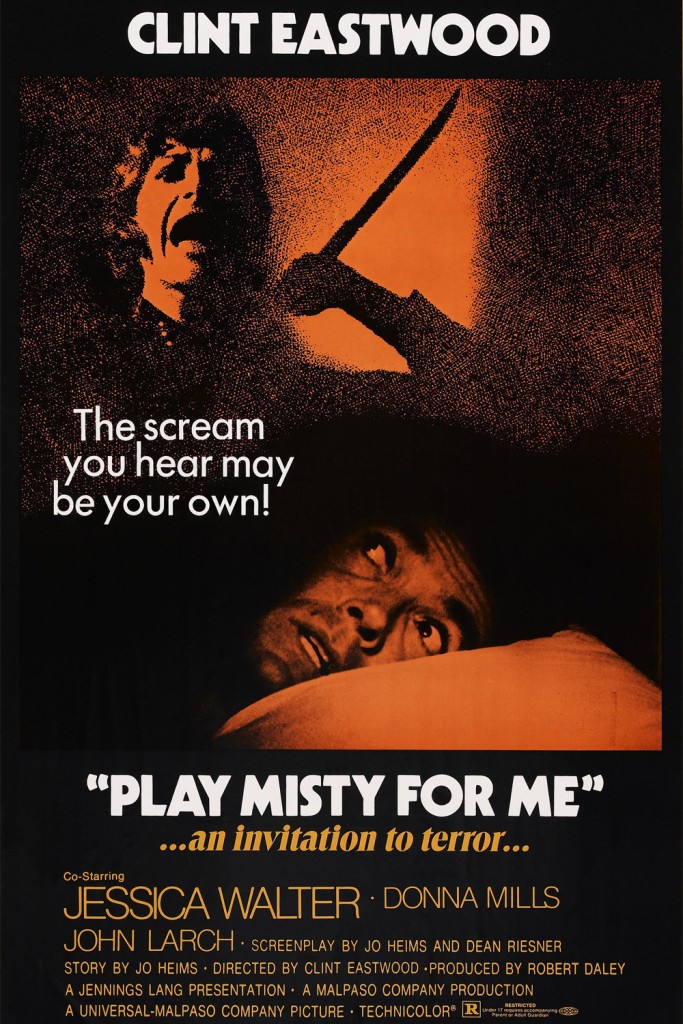 By 1971, Clint Eastwood was a top box-office draw, having built his name on Westerns and war films.  PLAY MISTY FOR ME was Clint’s first film as director.  The first surprise is the logline:  A FATAL ATTRACTION style thriller about a radio DJ (Clint) who is stalked by an obsessed fan (Jessica Walter, now best known as Lucille Bluth from Arrested Development, a fact which is sort of hilarious in context.)  A nightmare-romance movie.  That’s a long way from the action movies for which Clint was then, and is now still, best known. 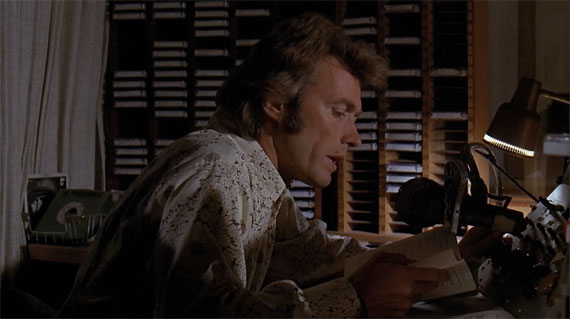 In PLAY MISTY FOR ME, Clint took a script written by a woman, Jo Heims — although Clint later had Dean Riesner, of DIRTY HARRY and HIGH PLAINS DRIFTER fame, do some work on it — and essentially cast himself in the role of the victim.  It’s fucking fascinating.  Here is the definitive macho screen icon, choosing to play the traditionally female role.  Usually the psycho-killer is a man, and the pretty victim he’s obsessed with is a woman.  Here that paradigm is flipped.  Clint as Janet Leigh, Clint as Jamie Lee Curtis, and so on — this film exists in conversation with the thrillers of the past and the thrillers which at that point were yet to come.

And of course it’s personal.  Clint sets the movie in his beloved Carmel and casts himself as a jazz DJ.  Those are personal touches.  The vibrant cinematography is by Eastwood & Siegel regular Bruce Surtees.  That scenery alone is worth the watch, even if you don’t agree with my championing of Clint’s work here. 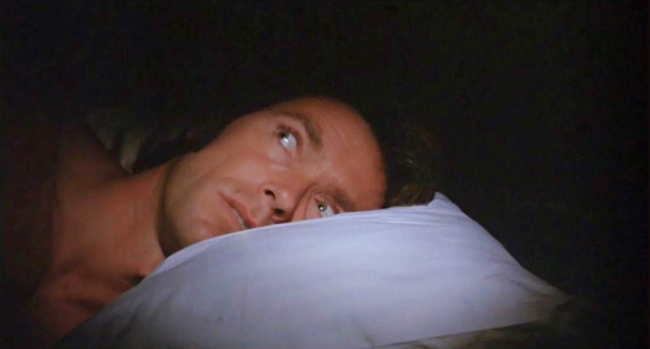 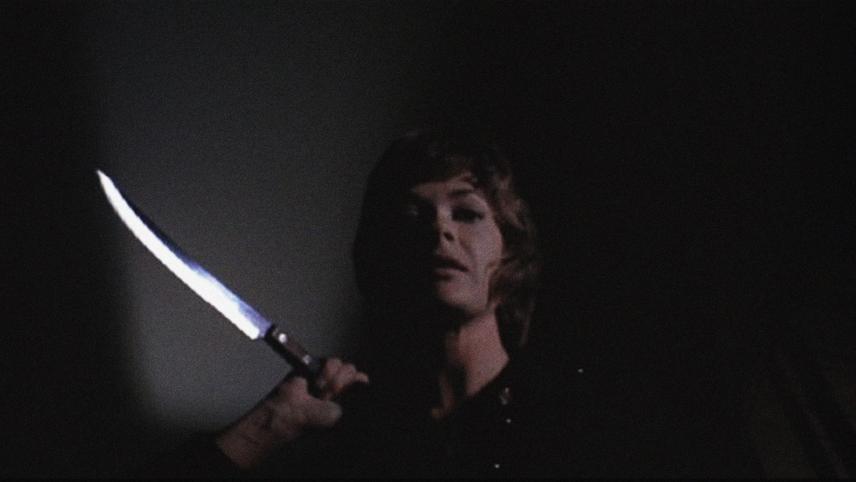 I can see how another point of view might look at the villainization of Jessica Walter’s character as somehow less than feminist, but I don’t see it that way.  There’s way more feminism in this body of work than anyone is likely to pick up on. I think Clint is at the very least trying out some big ideas here, and whether or not you agree that he hit the target, it sure was a bold swing to make right out of the gate, accurately predicting the brilliant four-decade-long-and-counting directorial career that was to follow.

Keep an eye out for the extended cameo by Clint’s mentor, early collaborator, and DIRTY HARRY director Don Siegel — he’s really good in the part!

P.S. Here’s the original trailer for PLAY MISTY FOR ME — that voice-over sounds a whole hell of a lot like Orson Welles, don’t it?  That’s voice actor Paul Frees.  Brilliant.