My relationship with SERIAL MOM goes back to my video store days, working at Video Express. I rented it because it looked like horror, and it was a brand new movie. I’d never seen a John Waters film in my life, and despite all the gore and oddness surrounding it, it was eye-opening to me. I didn’t think comedy could do the things that this film was doing, and doing pretty goddamn well, mind you. As I got older, I started to surf through the Waters filmography, hitting all the bigger ones (HAIRSPRAY, CRY-BABY, PECKER), the underrated ones (A DIRTY SHAME, CECIL B. DEMENTED) and the classic POLYESTER. I tried dipping into his early stuff, specifically FEMALE TROUBLE, but it was too much at the time. But I’m ready now. I’m supremely familiar with SERIAL MOM though, because it was the first, and honestly, my favorite. 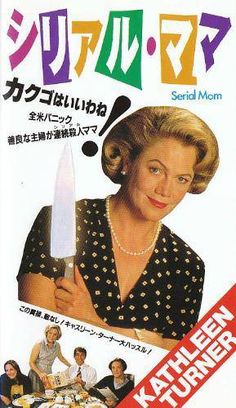 The thing about John Waters is, he makes real American films. The kind of film that BLUE VELVET got right, and the kind that AMERICAN BEAUTY wishes it was. His films show us the real Americana, relishing in the fact that there are real, perverted and depraved individuals in the world, but they’re good and honest people who perversion and depravity enhance their character, and Waters does brilliantly is not look down on these people, but allows for their normalization. The irony being that Beverly Sutphin is one of the more normal main characters in Waters’ oeuvre. Her defining characteristic is not a perversion (although she does have her own style of depravity), but her murderousness and the almost blasé nature she has towards it. This is what Waters does so well. Some characters eat dog shit, others murder indiscriminately and it all happens in Baltimore.

Ms. Sutphin was also ahead of her time. She was the first moralistic killer. Before Jigsaw, before Dexter Morgan, there was this Martha Stewart type who attends PTA meetings. Again, going back, the most moralistic person in the universe is a “bad guy,” and the non-murderous people are the evils of the world, the slobbish awful people who refuse to rewind tapes, and buckle their seatbelts. The victim are these grotesque human beings (I love the guy grossly masticating chicken, true Waters filmmaking). Another beat that works well, is how the social relevance of the film has only gotten stronger. In an era where serial killers trend on Twitter, you now see the way we make celebrities of murderers. We consume it in a rather cannibalistic way moving on from one when they die or go to prison. From O.J Simpson to Alex Hernandez to Casey Anthony to George Zimmerman, we idolize monsters in pop culture and the film satirized way before we did.

The cast truly commits to the film, everyone never acts above it, but rather acts within it, giving it the perfect ratio of over the top behavior and grounded realism, especially when it comes to the gore. It’s what makes the film work so well. You can have an amazing, beautiful sight gag like Sam Waterston crowd-surfing at a punk concert, and then a horrible grotesque murder the next. It’s a balancing act Waters has perfected.

Scream Factory has stocked the hell out of this Blu-ray. “The Making of Serial Mom,” is an old-school EPK from Savoy where everyone gives the usual stories about how they love working on the film (John Waters says it’s his best film) and how Kathleen Turner is a pleasure to work with. It’d be easy to be cynical and tell you they’re saying all of this because it’s a regular studio produced EPK, but if you go to the other big bonus feature – “Serial Mom: Surreal Moments”, it’s easy to see they did love making the film. The cast and crew’s love for John Waters and the film is infectious and palpable. There are some sweet and funny anecdotes, Patty Hearst telling the story about meeting Waters (his familiarity with her trial, and her subsequent advice on how not to meet a filmmaker) and Sam Waterston talking about how his kids pointed and laughed at the television, during his sex scene. The other, smallish bonus feature is about Herschel Gordon Lewis and David Friedman’s BLOOD FEAST, as it has a small cameo in SERIAL MOM. It’s a talking head piece, cutting back and forth between John Waters and Dennis Dermody (both of whom are the subject of a hilarious tidbit in “Crystal Lake Memories,” the missing Jason mask).

I didn’t stick around for the roundtable interview with Mink Stole, Kathleen Turner, and John Waters, opting to instead dig into the dual commentary (definitely will go with the solo one later) with Waters and Turner (though I will mention that Waters again, all these years later, states that SERIAL MOM is his favorite), but it’s a breezy 35 minutes and you can see that they’re clearly having a blast looking to the past. And this charm transfers to the commentary, as the two talk over a film they made a couple of decades ago, but still feels fresh in their minds. My favorite anecdote? Kathleen Turner coming up with the idea for the trampoline sex.

It’s a fantastic Blu-Ray, and an absolute buy. Even if you only know Waters by his bigger-budgeted films (saying this tongue in cheek), you can start by dipping your toes in here and then working your way backwards through his brilliant filmography.

A little personal note to end this filmography:

I wish to hell John Waters would make another film. Even just one more would be all we’d need. I’d call every god in the phone book should I need to. Because America needs his brand of normalcy. His beautiful world (by the way, seriously see THIS FILTHY WORLD, it’s an amazing goddamn one man show) where the underdogs and depraved are the true moral heroes and crusaders. If we get another film from him, it’s one of the ways we could make America great again. 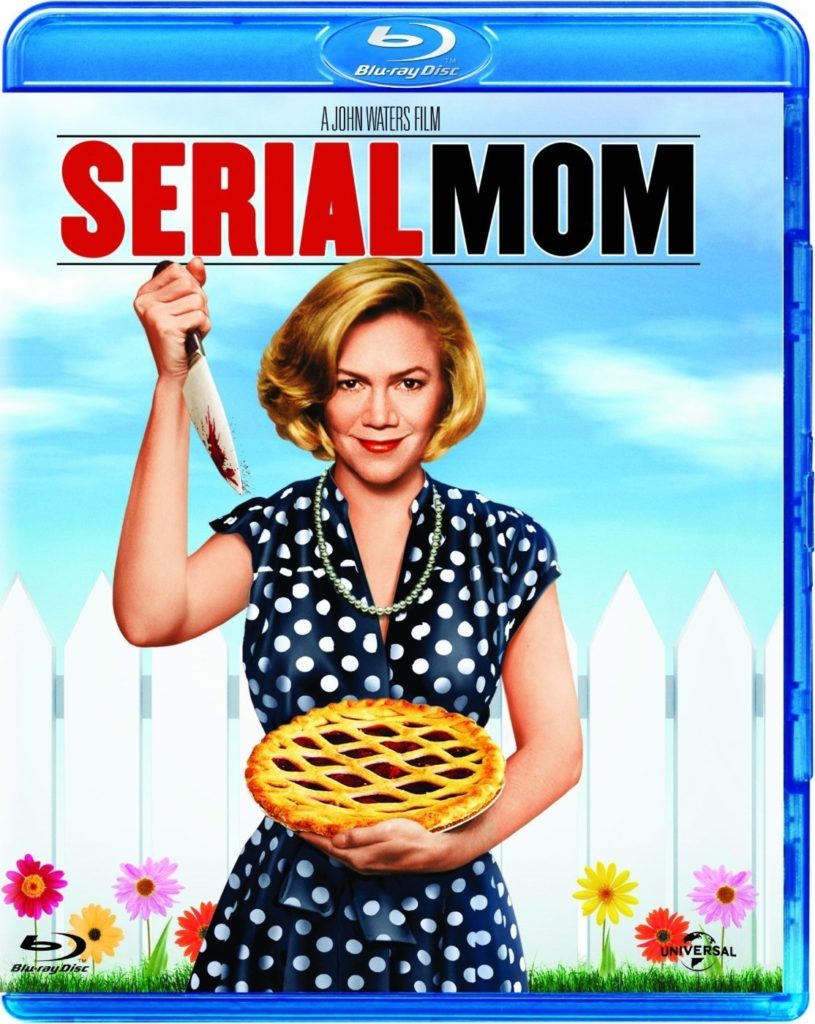