This newest iteration of THE TWILIGHT ZONE marks the third attempt at resurrecting the infamous science-fiction/horror brand in a short-form format since the original and still highly celebrated run from the 1950s-60s. Confined to CBS’ All Access streaming service instead of network television, the Jordan Peele-produced version is also the most adult, heaping doses of profanity and slightly graphic violence into the proceedings. For some reason, THE TWILIGHT ZONE has been a tricky brand to keep going, and besides for HBO’s TALES FROM THE CRYPT, its initial run and its 1980s revival were the only horror anthologies to enjoy a successful run on television. The second revival of THE TWILIGHT ZONE lasted only two seasons. It’s interesting why that would be, because, as any horror writer or director will tell you, there are no limits in the sci-fi/horror/fantasy genre. There are no rules or boundaries. Write the wackiest story you want, and so long as it has a “point” — something that ties back into the human condition or puts society under the microscope — then it’s already a success. The genre offers an infinite number of opportunities to tell an engaging story and yet so many of these short-form programs fail to catch fire. This newest version of the brand has been greenlit for a second season, so CBS definitely sees the potential, but so far this relaunch is off to a rocky start. 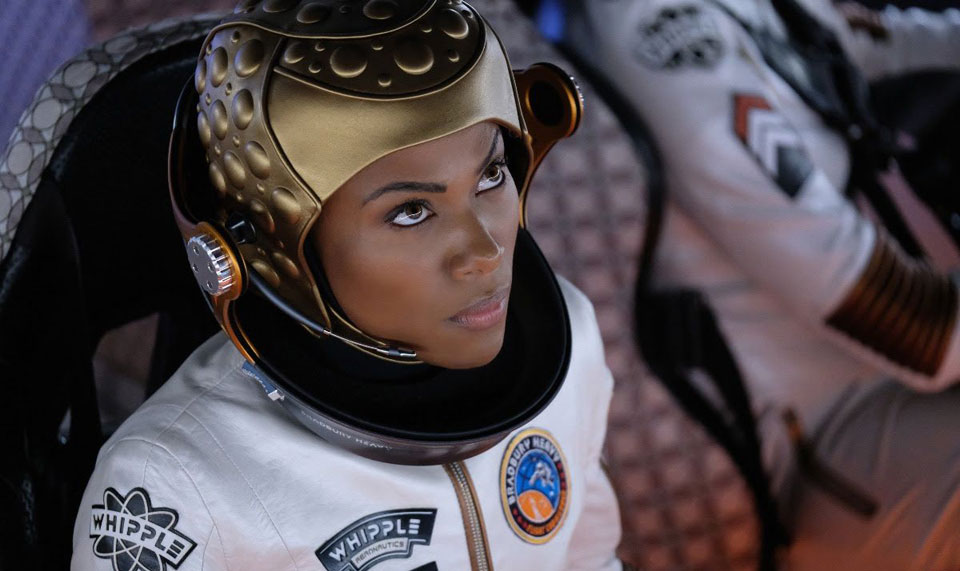 The nature of anthologies leads to pitting the one-off stories against each other. Which one was the best, the worst, the funniest, the scariest? Which one had the best twist, the best cast, the best special effects? Similar titles like CREEPSHOW or TALES FROM THE DARKSIDE can attest to this — ask a horror fan, and everyone has their favorite segment. Me? I’ve always been more of a CREEPSHOW 2 person, and I pretty much get @-punched in the face every time I say that. THE TWILIGHT ZONE 2019 is no different, offering a very different collection of episodes made with different sensibilities and all vying for a different experience. Some of them, like the show’s opener, “The Comedian” starring Kumail Nanjiani, in which a comedian makes your classic deal with the devil (an understated Tracy Morgan), is your simple monkey’s paw morality tale (and the strongest episode of the series). Some of the other episodes, however, like “Replay,” about a black mother and son using a magical video camera to keep going back in time to avoid being harassed and killed by a racist cop, or “Not All Men,” in which a meteor crashes to earth and turns the world’s men into violent, sex-crazed assholes, obviously have something to say about the dangers of living in the modern age if you’re an underrepresented demographic. Many fans have been vocal about the overly political agendas of this new series revival, and I agree with them, but only to a certain extent. As confirmed by Rod Serling himself and those who knew him in the supplements included on this release, THE TWILIGHT ZONE’s mission was to tackle issues like these and present them as allegories as a means of deconstructing the human experience. The original run dealt very much with issues that were prevalent during the 1950s, like the McCarthy communist hearings and the constant fears of nuclear war. Still, this new revival is intent on making nearly every episode political or societal in at least some way, and more than one episode is a thinly veiled stab at Trump (which should surprise exactly no one). “The Wunderkind,” starring John Cho and everyone’s favorite little boy Jacob Tremblay, is an update on one of THE TWIGHT ZONE’s most famous stories, “It’s a Good Life,” about a godlike six-year-old boy with the power to create anything he wants. Resurrecting that concept, “The Wunderkind” is about an eleven-year-old who mounts a successful run for the presidency, becoming corrupted by power and turning into a jerk, and surrounding himself by yes men who do whatever he wants. (Tremblay even wears the fat red tie and everything. It’s not exactly subtle.) 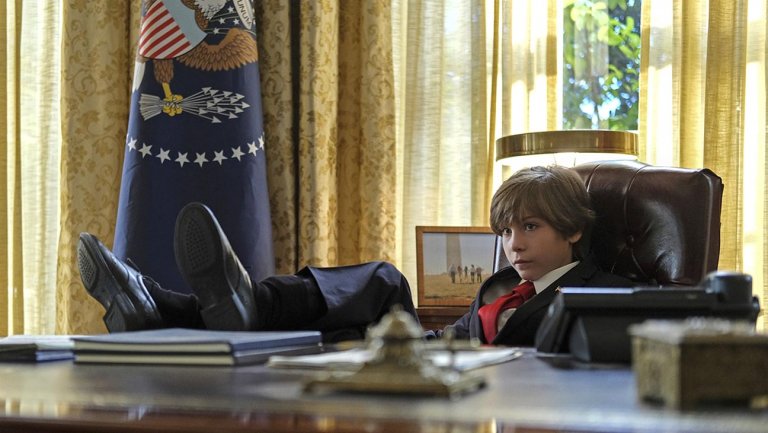 This newest revival isn’t a total lost cause, as a handful of episodes manage to evoke that classic TWIGHT ZONE feeling (I’ll come back to “The Comedian” again, because that episode nails it). Having said that, if CBS want this series to enjoy a lasting run, showrunners Peele and Simon Kinberg should consider dialing down the political and societal natures of the episodes at least to tolerable levels. The best episodes of the original TWILIGHT ZONE, of course, had something to say about the human condition and that should in no way stop, but they also didn’t have to beat their audience with a hammer to make their point. The aforementioned “Replay” is one of the least subtle allegories I’ve seen in the horror genre since Joe Dante’s Iraq War satire “Homecoming” for Showtime’s first season of MASTERS OF HORROR, and even though it ends in an obviously unreal landscape, it still feels too much like real life and not like the escapism the audience was hoping to lose themselves in. 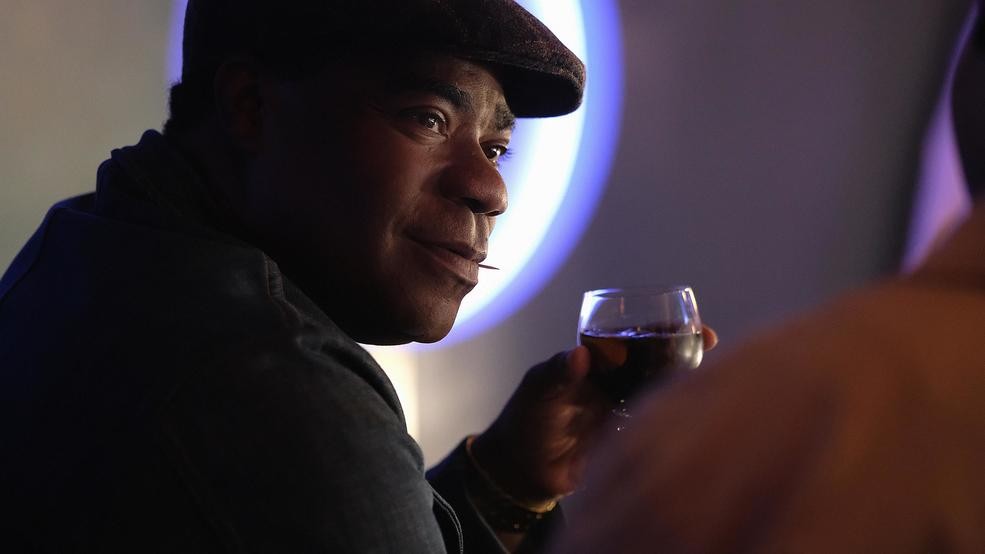 The supplements included on this release are thankfully rich in content, especially the featurette on the first disc entitled “Remembering Rod Serling,” which is not just the best supplement on this release, but essential viewing for all aspiring and seasoned writers. Intimate footage of Serling talking about his approach to writing, both for the show and in his everyday life, gets at the heart of what the best writers can do and what their responsibilities are as people with the ability to tell a story. (He also very clearly states that the competitive nature of writing during his era ensured that only the best stories made it to the limelight, so I have a feeling he’d run screaming from Amazon’s e-book search results.) During this segment, Serling’s daughter shares a haunting story in which her father witnessed the decapitation of a fellow solder during World War II after he was struck by a care parcel thrown from a helicopter, which would eerily foretell the tragedy experienced during the shooting of John Landis’ segment in 1983’s THE TWILIGHT ZONE: THE MOVIE. This five-disc release also includes all ten episodes in alternate black and white versions to amp up that classic TWILIGHT ZONE feeling.

The complete list of special features are as follows: 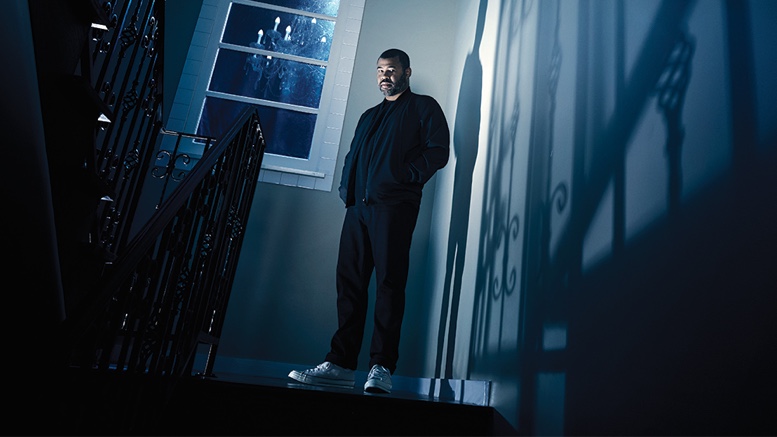 If nothing else, this newest take on THE TWILIGHT ZONE will expose newer audiences to the older series, which has aged beautifully (and which is available on Blu-ray from CBS). Top talent behind and in front of the camera has resulted in a very okay first season, and Peele admirably steps in for Serling as the new mysterious “Narrator,” but if this brand is to stick around, it needs to strive harder to nail that TWILIGHT ZONE feeling, dial down the agenda, and only bring the best possible stories into the limelight. As Serling himself said, if writing was easy, everyone would be doing it. I hope Season Two embraces that.