The concept of everyone existing in their own bubble is becoming more and more prominent as time goes on and the world/culture/politics finds increasing ways to divide us. Where one person hears verifiable facts, another hears flagrant falsehoods. Where one person sees hate, another sees freedom. Now more than ever, for reasons right or wrong, people are seeking communities where they can be themselves, express their own ideas without judgment, and have those ideas validated by those who think like them. Whether they’re safe spaces on campuses or hate threads on 8chan, people are seeking commonality, and if they look hard enough, they’ll find it. 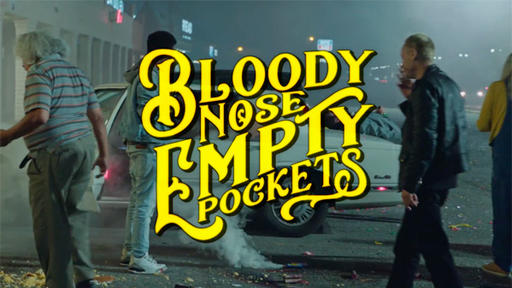 The Roaring ‘20s, formerly a dive bar in Las Vegas, Nevada, was one of those places where people could meet, thrive in each other’s company, exchange ideas, trade regrets, and find a little hope while staring down the empty bottom of a bar glass. BLOODY NOSE, EMPTY POCKETS, a documentary by filmmakers Bill Ross IV and Turner Ross (colloquially known as the Ross Brothers), takes a fly-on-the-wall approach to a bar’s last hurrah in operation as its patrons filter in for one final morning/day/night of drinks, laughs, chaos, tension, and tears. As we meet them, we sense the history they have with the bar and its other regulars. They’re not random folks who wander in for a spritz. They each have a name, a personality; for them, this is routine, a part of their lives, a haven for their worries and whiskey wisdom. And the things that come out of their mouths are unexpectedly poignant, hilarious, offensive, or downright befuddling.

“It’s a place you can go [when] nobody else don’t want your ass.”

There’s Michael, whom we meet trudging to the bar first thing in the morning, where he offers a hello to Marc the bartender before heading into the bathroom to shave and put himself together. A bit-part actor (whose only credit you’ve likely heard of is the Will Ferrell Comedy GET HARD), Michael is brutally honest in his hungover self-assessment: he’s an alcoholic and failure (which his fellow patrons don’t refute in an act of empty support), but that, to his credit, he didn’t become an alcoholic until he’d already termed himself a failure.

There’s Bruce, a Vietnam War veteran, who has the saddest eyes in the room. He talks of losing his fellow soldiers in his platoon, the pain of that moment, and the pain that haunts him to that day. He breaks down in tears over how his country treated him after he came home. The bar is all he has, meaning its patrons, and with it closing down, he has no one left – no friends, no family. Bruce later leaves the bar toward the end of the night, unspotted, with no proper on-screen goodbye, spilling fresh tears. The only witness to his slow descent into the darkness of night down a lonely alley is the camera. 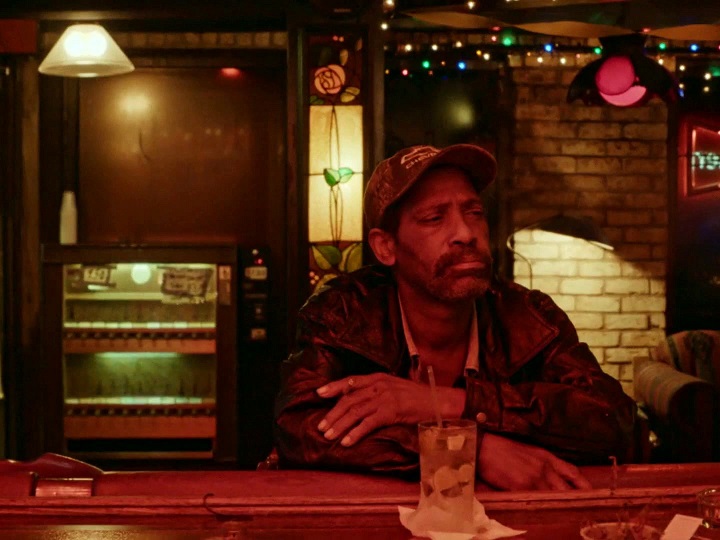 I could keep you here all day with all the different “characters” of the Roaring ‘20s. There’s Ira, an aggressive, antagonistic, gravelly-voiced drunk who tells one of his fellow patrons to “get a pistol and shoot yourself in the forehead” – and this before his anonymous place of employment actually knows to call the bar when he fails to show up for his shift. There’s John, a young Australian, a bringer of donuts, and wielder of a mysterious brown bag that’s referenced a few times during the doc, to which John says “don’t worry about it,” but when its contents are finally revealed, it’s hilariously perfect. (John later dabs a full tab onto the tip of his tongue once the party really gets going, and then soon acknowledges, “That was too much acid. The number of acids needs to be less.”) There’s Pam, a 60-year-old bar maiden who is quick to flash her breasts multiple times in hopes that someone else will remark on their youthful appearance. Slinging them drinks are first- and second-shift bartenders, Marc, a bearded guitar-player, and Shay, a quick-witted mother of unscrupulous son Tra (pronounced Trey), who sits outside the bar with his two friends sharing joints, sneaking beers, and eavesdropping on all the chaos that leaks out from the back exit.

“Hey Paul, could you bring me the toilet paper?

I got a bad situation in here.”

From their outward appearance, these are the people you pass in the street whom you would so easily judge. We see Michaels and Bruces every day – people with missing teeth, scraggly hair, prematurely aged features, military service baseball caps – and we can tell they’ve lived long, tough lives…but we judge them for it. If it’s a Michael, we write in our heads all the poor choices he’s made; if it’s a Bruce, we see the military emblems and assume that he’s sad and broken from a war that stole his youth and his joy. We don’t know their story; we just know they’re taking too long in front of us in line at the store, or they’re trying to engage perfect strangers in conversation because of their loneliness and their desire to feel worth. What BLOODY NOSE, EMPTY POCKETS reinforces is that, in this small bubble of the Roaring ‘20s, these are real people with real relationships. They’ve lost family, traveled the world, served their country, forged relationships. They fight, they flirt, they trade advice and regrets. For whatever reason, the outside world has rejected them. Their friends and families have left or died or never existed at all. For many of them, this is the only world that matters to them, and with the documentary filming the bar’s final day, we see this world coming to an end and how everyone reacts to it. 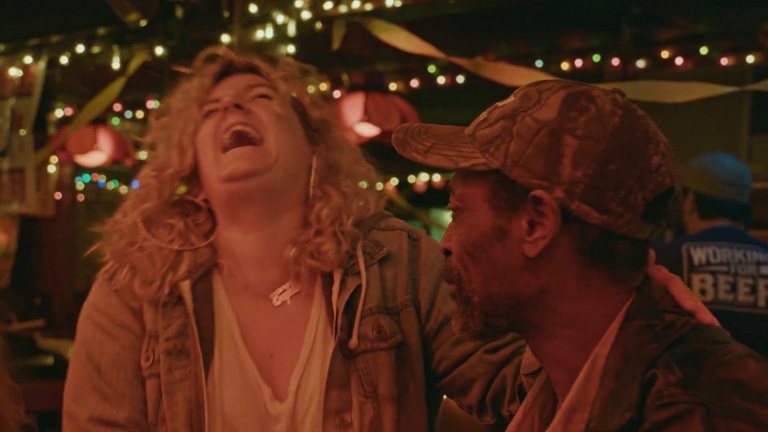 Once a viewer catches a glimpse of all the different drunken characters slurring profanities, flashing aged extremities, and nearly getting into physical altercations, that viewer might blithely describe the Roaring ‘20s as the anti-CHEERS, but that viewer would be wrong. It’s not the anti-CHEERS. It’s just CHEERS. Full-on CHEERS. At the Roaring ‘20s, everyone knows your name, what you drink, what troubles you; they know your history, your sadness, your triumphs, your pain. They drink together, naturally, but they dance together, too; they hug and catch up. They watch JEOPARDY!, shout their answers to the TV, get nothing right, and good-naturedly curse “smarmy fuck” Alex Trebek for always knowing the answer. They watch talk shows about planning the ideal cruise ship vacation, perhaps knowing that they aren’t just the last people on earth to be caught dead on a cruise, but they probably couldn’t afford to go anyway. And it’s no coincidence that, later on in the night when the rambunctious crowd hits a fevered pitch, the camera happens to capture that same TV now showing a ‘50s dramatization of the sinking of the Titanic, the most famous shipwreck in history. Because whether they be majestic “unsinkable” ships, or periods of youthful happiness, or local dive bars, things come to an end. The most magnificent creations die slow deaths. Nothing is forever.

“You just tried to fight a man with tattoos on his eyelids.”

It’s both ironic and appropriate that the very bar whose last day we’re witnessing happens to be called the Roaring ‘20s – perhaps the most infamous decade of American history, which began with promise following the advent of the automotive industry’s assembly line, kickstarting production of Henry Ford’s Model T and changing the world, along with the beginning of the suffrage movement that led to a woman’s right to the vote, but ending with the Great Depression of 1929, which saw the loss of millions of jobs and homes, and which saw, sadly, a massive increase in suicides. It was the end of an era, and the beginning of a long period of suffering and hopelessness where people felt aimless, useless, and without a place to go. 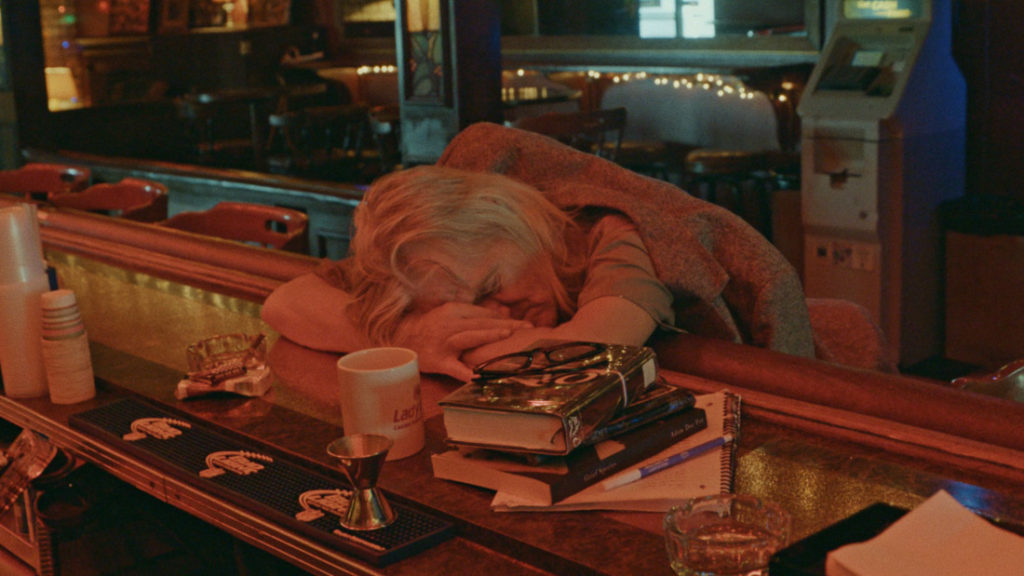 Unlike that infamous abrupt ending of American history, 1929, the patrons of the Roaring ‘20s were at least allowed to pre-mourn an ending they knew was coming. Because of this, BLOODY NOSE, EMPTY POCKETS feels like the last episode of a TV show that was on for years, which saw cast members come and go during its many seasons, and for which every one of those characters came back for one last appearance, acknowledging the part they’ve played in its history and reminding audiences they will always be part of it – even if their memories of it aren’t always so rosy. At one point, Michael, the self-confessed alcoholic failure, drunkenly embraces a younger patron named Pete and begs him to choose a different path – one that doesn’t end in finding another bar once the Roaring ‘20s closes its doors. “You need to get out of this bar and don’t go into another one, and don’t go into another one after that,” he tells him. “You can still do something other than what I’ve done. There is nothing more boring than… a guy who used to do stuff who doesn’t do stuff no more because he’s in a bar.”

“This was a real nice place you had here.”

When BLOODY NOSE, EMPTY POCKETS comes to an end, the viewer will no doubt have a variety of different interpretations on how to feel. What did we just witness? Was it a collection of losers for us to gawk at, feel emboldened by the explicitness of their failures, all to feel better about our own lives? Was it a glimpse into the lives of a bunch of down-and-outers who have nothing left but a place in which to drown their woes? Was it the dissolving of the only family many of these patrons have ever known? Was it a tale of hope that there exists out in the world a community for every kind of person, scrubbing reality of any indication that we’re all actually alone? That, ultimately, will be up to every viewer to decide. What I do know, however, is that what I witnessed was beautiful, that you can find beauty in places you’d least expect to find it, that it does offer hope, that these men and women from every different possible walk of life – age, race, gender, sexual orientation, profession, political ideology – found each other, and in doing so, found comfort with each other. They found a community that lifted them up, or tore them down when they needed it, or offered a place to escape, to exorcise their demons, confess their sins, do penance, and amend their lives. They found a place to dance and sing and laugh and cry and to be utterly themselves without judgment. Can you honestly say you have that? Because I’m not sure I can. 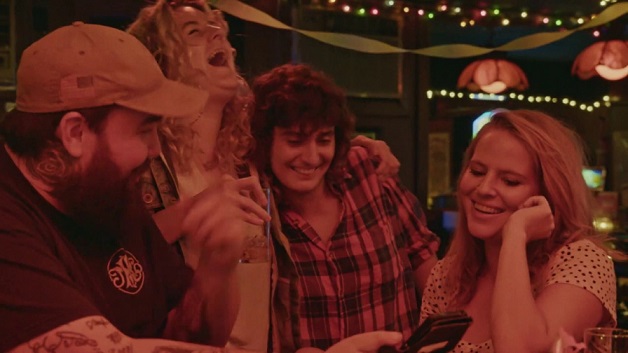 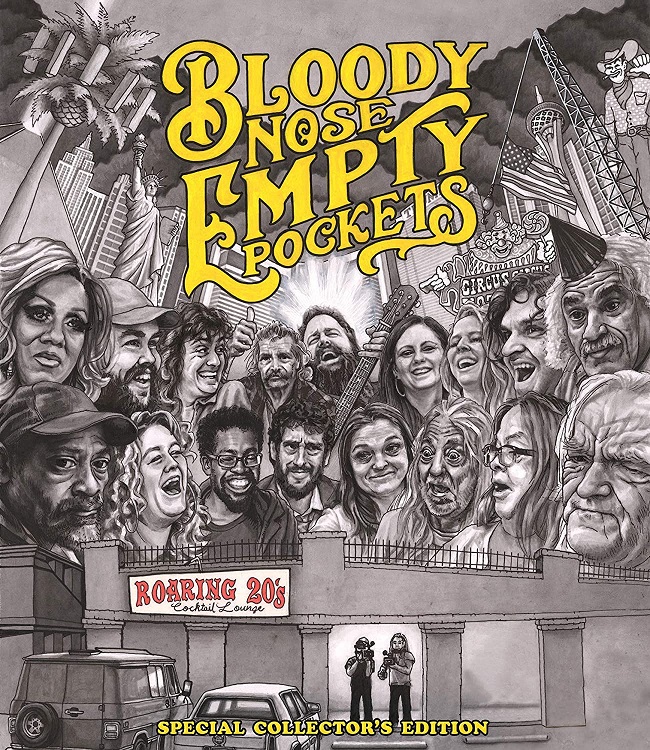