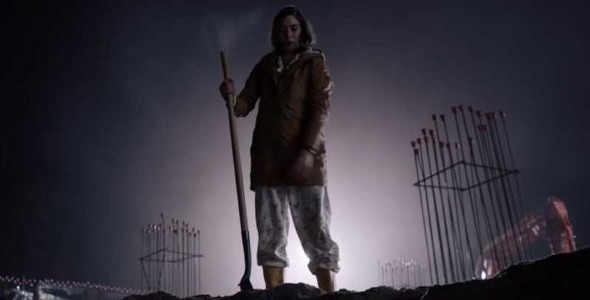 [Contains spoilers for both seasons of Castle Rock.] 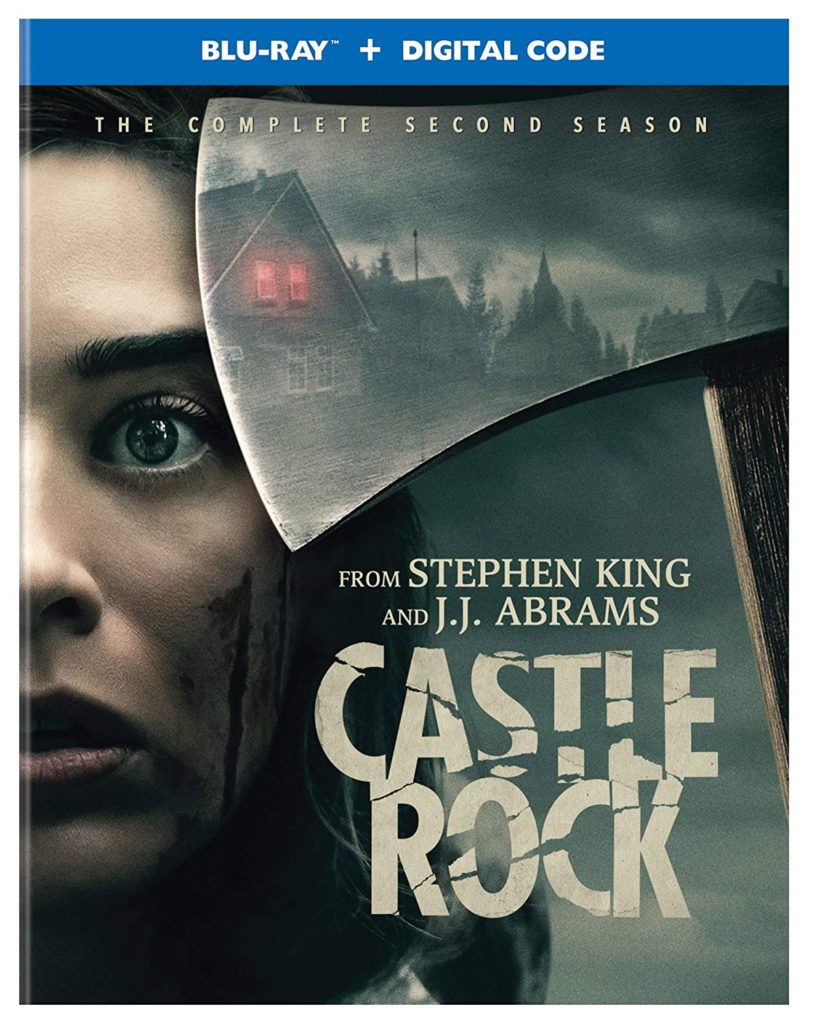 If anyone deserves the shared-universe approach to a large, accumulated body of work, it’s Stephen King. The author of over ninety novels and who-knows-how-many short stories and novellas has spent the last forty years creating a rich and intricate history with his many characters doing ghastly things in the fictitious town of Castle Rock. His most well-known Castle Rock-set stories include the mammoth Needful Things, his early effort The Dead Zone, and his novella “Rita Hayworth and the Shawshank Redemption,” which inspired you know what.

The first season of Hulu’s Castle Rock successfully fulfilled its mission statement as being a brand new story set in the world of Stephen King’s creations, borrowing characters (or relations of characters) and giving them new conflicts to contend with. Certainly not hurting is the casting of at least one prominent actor from a previously heralded King adaption, with CARRIE’s Sissy Spacek fulfilling that role, and which resulted in one of the best episodes of any television show ever (that would be “The Queen”). Overall, the first season of Castle Rock was a well-made, unusual, ambiguous, and creepy new yarn that somehow managed to capture those Stephen King vibes without the author serving as an active part of the show, as it contained the usual Kingisms we’ve come to except from our favorite master of the morbid: the strained father/son relationship, the conspiratorial town, the secret that soon becomes public and threatens to destroy everything in its path, and, of course, the horror. It was also filled with a bevy of Easter eggs – not just as they pertained to the story it was telling, but as fun quick glimpses in the background, designed for the most ardent and eagle-eyed King fan. (If the shady man-and-boy duo of Odin (Charles Jones) and Willie (Rory Culkin) weren’t meant to channel Dick Halloran and Danny Torrance from The Shining, I’ll surrender my geek card right now.)

Whereas the first season of Castle Rock relied on the mystical and the mysterious, Season Two backs away from that approach, vying to tell a more easily digestible story, even if its elements border on the absurd and the silly. Season two embraces the more supernatural aspects of King’s work, setting the bulk of the action in Jerusalem’s Lot. King’s Salem’s Lot, one of his earliest works (and my personal favorite of the author), as you might well remember, was about a small New England town being slowly overtaken by a vampire disease, started by the arrival of the unseen Kurt Barlow and his human familiar, Richard Straker (James Mason).

Season Two jettisons the vampire threat, replacing it with a similar kind of monstrosity that acts in much the same way: an awakened evil takes refuge in the long-abandoned Marsten house and begins to “turn” members of the town one by one, an effort led by Ace Merrill (Paul Sparks, HOUSE OF CARDS), a character who previously appeared in the Castle Rock short story “The Body,” which was adapted into STAND BY ME and featured Kiefer Sutherland as the switchblade-twirling character. Meanwhile, unknowingly driving head-on into the conflict is Annie Ingalls (Lizzy Caplan, CLOVERFIELD), real name Annie Wilkes, a nurse on the run alongside her teen daughter, Joy (Elsie Fisher, EIGHTH GRADE, THE ADDAMS FAMILY). A freak accident strands them in the town of Jerusalem’s Lot, where they end up in the dangerous crosshairs of Ace Merrill, nephew of “Pop” Merrill (Tim Robbins, returning to the land of King following THE SHAWSHANK REDEMPTION), seemingly the town’s Irish godfather. A confrontation between Annie and Ace leaves the latter dead, and Annie, who is on the run and can’t simply call the police, instead dumps his body beneath a local construction site, unwittingly awakening a dangerous and dormant evil that begins to transform the town. 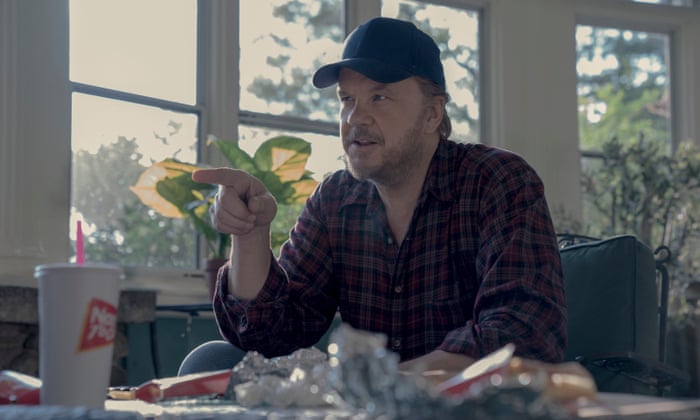 The second season of Castle Rock experiences moments of greatness, almost entirely relegated to Annie Wilkes’ subplot, especially when it goes back in time to her childhood to shine a light on her neuroses. Normally, we like our “horror” villains free of such backstories, as we prefer the mystery to speak for itself and our imaginations to fill in the gaps of what happened to make a person so monstrous. However, the writers have provided a very rich, poignant, and emotional trip into the past, dedicating more than an episode’s worth of running time to exploring Annie’s origins, presenting her as a troubled student with a learning disability, leaving her a pariah at school and forcing her home to be tutored by her father. The dynamic between her parents, Carl (John Hoogenakker, Tom Clancy’s Jack Ryan) and Chrysida (Robin Weigert, Deadwood), begins with tension and soon gives way to an unhealthy power struggle, putting further strain on an already emotionally unwell Annie. All of these bits are where season two resonate the strongest and exercise the firmest grasp of the story, and it doesn’t hurt that every actress who brings Annie to life is exemplary (Ruby Cruz as the teenager; Madison Johnson as the grade school student), with the top honor going to Lizzy Caplan. Normally, unless we’re dealing with the portrayal of a real person, I’m not a fan of mimicry in performance, as it can be distracting and come dangerously close to feeling like spoof, but Caplan’s take not just on Annie Wilkes, but Annie Wilkes as previously and infamously played by Kathy Bates (which netted her an Academy Award), is eerily good. She has not just the mannerisms down, nor just the aw-shucks voice and the frumpy wardrobe, but the ability to go completely blank behind her eyes during her most extreme moments, losing herself in pure unhinged mania.

What’s interesting about this iteration of Annie Wilkes is, unlike Misery, where she imprisons a crippled man and inflicts all kinds of tortures upon him, Castle Rock turns her into the hero – but one that lacks the straightforward, one-dimensional characterization where she’s always a good person who does the right thing. Annie, actually, seldom does the right thing, falling back on lying, fraud, theft, and even murder to keep from being found out, but everything she does is in servitude toward protecting her daughter from the dangerous person or people she’s convinced are in pursuit of them. (And seeing her wield a sledgehammer again, this time to kill a bad guy, overcomes how obvious an idea it is and still manages to be strangely satisfying.) 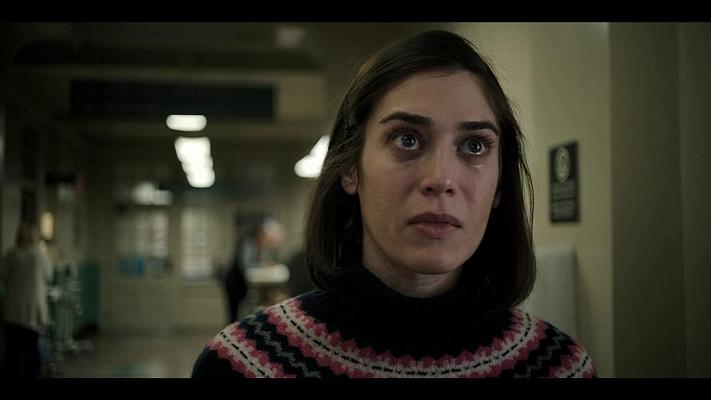 The problem with Season Two is that it’s overstuffed with too many subplots, and eventually, Annie and her daughter soon become bit players in the season’s main conflict – that of the supernatural threat invading the town. Also vying for space is “Pop” Merril’s own conflicts having to do with his two adopted Somalian children, now adults: Nadia (Yusra Warsama, THE LAST DAYS ON MARS) and Abdi (Barkhad Abdi, CAPTAIN PHILLIPS), a doctor and a construction developer, respectively. Normally, one can overcome a chaotic season with confident and complex writing, ensuring that all subplots eventually connect and never feel forced or extraneous, but season two isn’t up to the task. There are way too many instances of coincidence, convenient timing, extreme abuses of the expression “suspension of disbelief,” and just-go-with-it moments required to drive the story forward, and while a few of these could be forgivable, there are unfortunately many more than a few. To its credit, Castle Rock has a few surprises in store that ferment the conflict and provide additional pathos for some of its characters, one of which directly ties it back to season one (which remains a point of contention, as every season was supposed to be its own unique story); however, to its discredit, every major twist is easily predictable, and though, on the surface they help to enhance the story, it does leave the ultimate impression that season two has very few tricks up its sleeve.

Much like the novel Misery and its film adaption of the same name, Season Two could’ve easily presented a story that skirted supernatural elements while still being horrific – one fully focused on the story of Annie Wilkes, her daughter, their complicated past, and the possible future that lay ahead for them. To be fair, Castle Rock’s goal from the beginning was to take a “what if?” fan-fiction approach to Stephen King’s universe and put certain elements on a chess board to how things could play out, and that’s where the series has been the most successful so far. It is odd, however, to see a character from one of King’s more grounded novels appearing in a new story that’s outright supernatural, as it somewhat cheapens the emotional and mental journey of the Annie character and serves as more of a distraction to the path she has to eventually take, which is the one that, in the end, feels more profound.

Warner Bros.’ release of Castle Rock: Season Two is a little light when compared to the previous season’s release, which boasted more special features and a 4K UHD alternative. The only supplement found here is “Annie Wilkes – Mother of Sorrow,” which looks at Lizzy Caplan’s portrayal of the character, and what the writers and producers were hoping to achieve by presenting Annie as the hero as opposed to the villain. The distributor has also chosen to forgo a 4K UHD release, sticking with a standard Blu-ray, which will probably really bug OCD collectors of both formats.

In spite of Season Two’s stumble, I am eager to see what the as-of-yet unannounced Season Three will bring to the table (and which prominent actor from a previous King adaptation will appear – fingers crossed for Kathy Bates or Christopher Walken). There are a wealth of characters and concepts in King’s body of work to borrow (and in spite of the series’ name, being that Misery took place in Colorado, everything he’s written is up for grabs), so in a way, as long as this series keeps getting the greenlight, Castle Rock has barely scratched the surface of the stories it can tell. 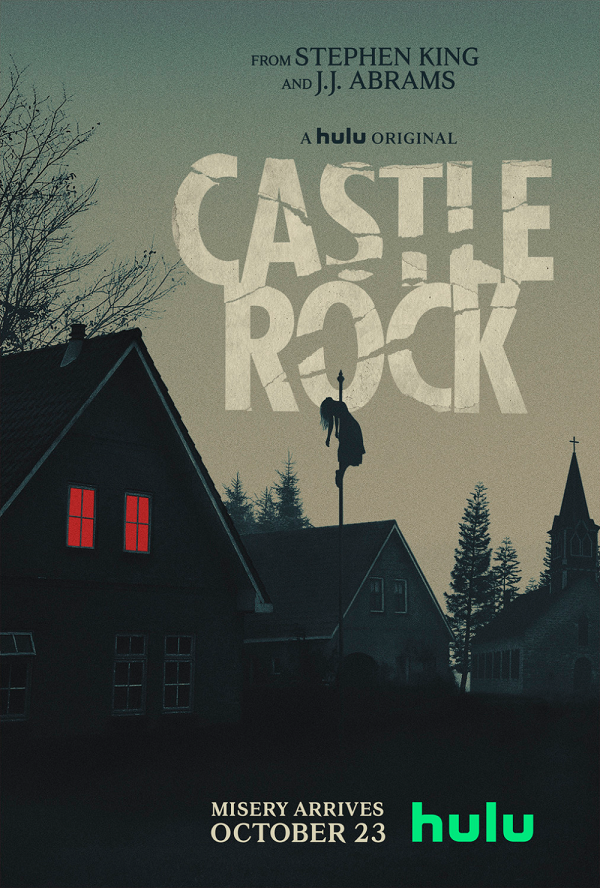