Robert Martin came onto my radar when I picked up Fangoria #9 – in a grocery store, of all places. The magazine was full of gory photos from the horror movies just out, or still in production. But balancing the grue was a sharp and satiric sense of humor, courtesy of Martin’s writing and editing. At the time I picked up that issue – he’d recently inherited the magazine from an editor who’d been much less invested in the kind of movies the magazine had been created to cover – which is why the first few issues have a lot of coverage of fantasy films and even a cover featuring Mr. Spock (!), which was much more the purview of Starlog Magazine – the progenitor of Fangoria. Thankfully, Robert Martin knew and loved horror movies – and he quickly got the magazine on track. 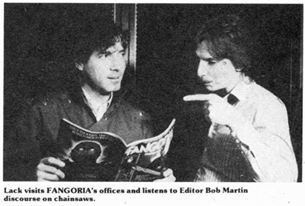 Martin had worked in the distribution department of a big book publisher and had written a few pieces for newspapers and “men’s entertainment” magazines. He took a workshop conducted by Anthony Hiss of The New Yorker and Henry Beard of National Lampoon. He learned a lot about adding humor to his writing, and with a slightly inflated resume that mentioned a Liberal Arts degree he’d never actually gotten from Brown University – Martin applied for a job at Starlog Magazine. Starlog had started in 1976 covering old Star Trek episodes and the few science fiction movies made in the previous few years – then kind of exploded along with the release of STAR WARS the next year. After coverage of the burgeoning horror boom that started in 1978 with the release of HALLOWEEN seemed to go over poorly with Starlog’s readers – it was decided to launch a separate magazine devoted to the scary side of things. The first couple of issues of the newly christened Fangoria seemed like a slightly gory issue of Starlog, since these issues had been marshalled to print by a rotating stable of Starlog staff, headed by Ed Naha and Ric Meyers under the pseudonymous name Joe Bonham. Finally, Starlog hired Robert Martin and turned Fangoria over to him. The changes he made were sweeping and monumental. Under his editorship, the magazine took on that previously mentioned satiric and wry sense of humor as the magazine covered the latest horror movies in production, as well as older horror films from the previous decades. The fantasy was gone – and if Mr. Spock had ever dared showed his face at Fangoria again, it likely would have been ripped off and then featured in a poster in the inside cover of the magazine. 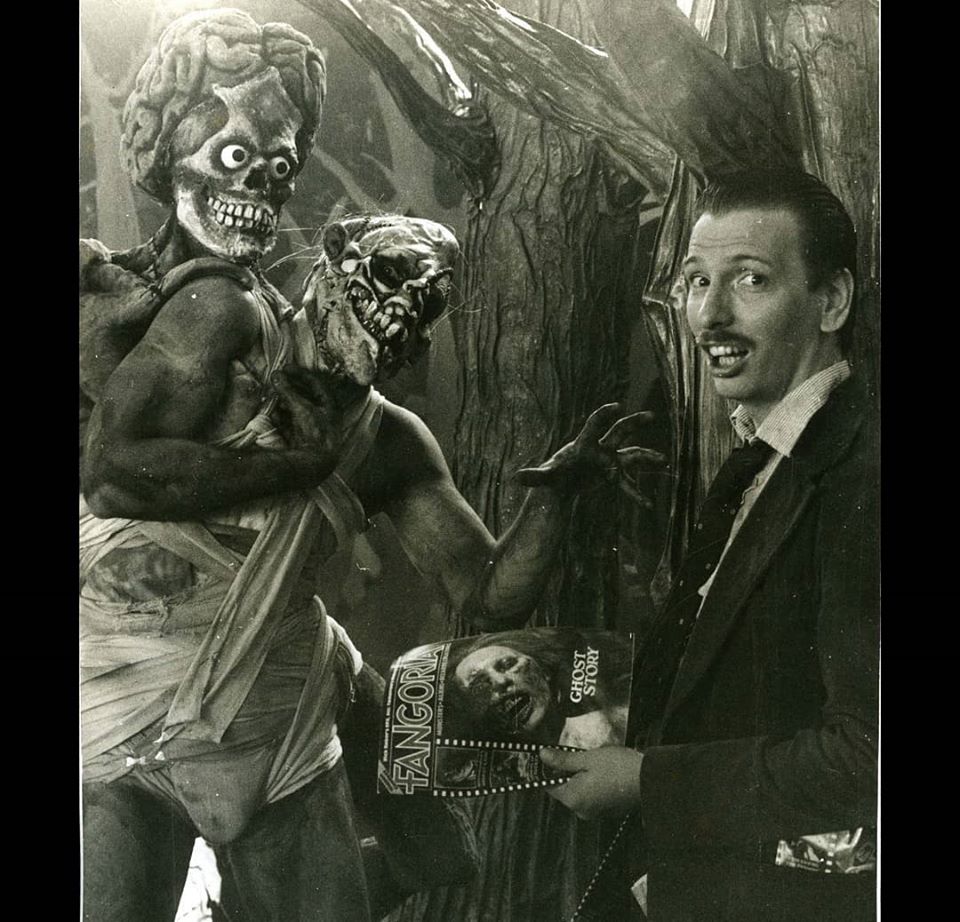 One of the most hilarious parts of his time at Fangoria was his adoption of the persona “Uncle Bob” Martin – which was how he would sign his editorials and even had on the masthead for his editor credit. He treated his readers as his nieces and nephews, and he was our crazy uncle, showing us the latest gory photos of some monster or slasher victim while chuckling in an avuncular way. 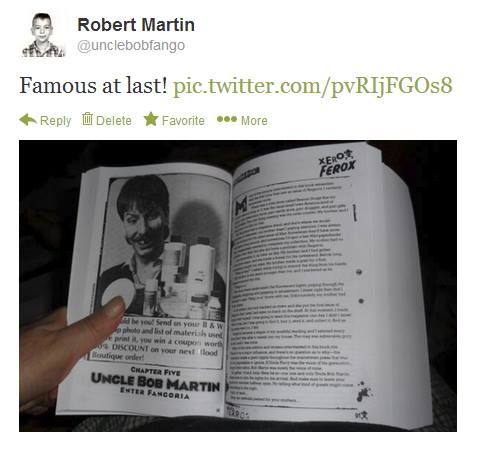 Uncle Bob stayed with the magazine until 1986. He had grown tired of the sequelitis infecting Hollywood and tired of reporting on every Jason or Freddy outing (because those guys did sell magazines) and not getting to cover the smaller and (to him) more interesting horror movies being made independently and on the outskirts of the Hollywood machine. He finally left Fangoria and moved first to another Starlog company magazine covering hard rock music, but after it folded, he left magazines and moved into writing with filmmaker Frank Henenlotter (BASKET CASE). He adapted Henenlotter’s screenplay for his film BRAIN DAMAGE into a novel, then collaborated with Henenlotter on the screenplays for his movies FRANKENHOOKER and BASKET CASE 3. He also went back to publishing, editing the Sci-Fi Channel’s magazine Sci-Fi Entertainment under the name “Ed Flixman” from 1994-1996. After he left that magazine, he moved to Los Angeles and worked as a tech support rep for internet issues while also working on the fringes of the film industry, eventually even writing press materials for THE PEOPLE VS LARRY FLYNT that drew the ire of Gloria Steinem among others. 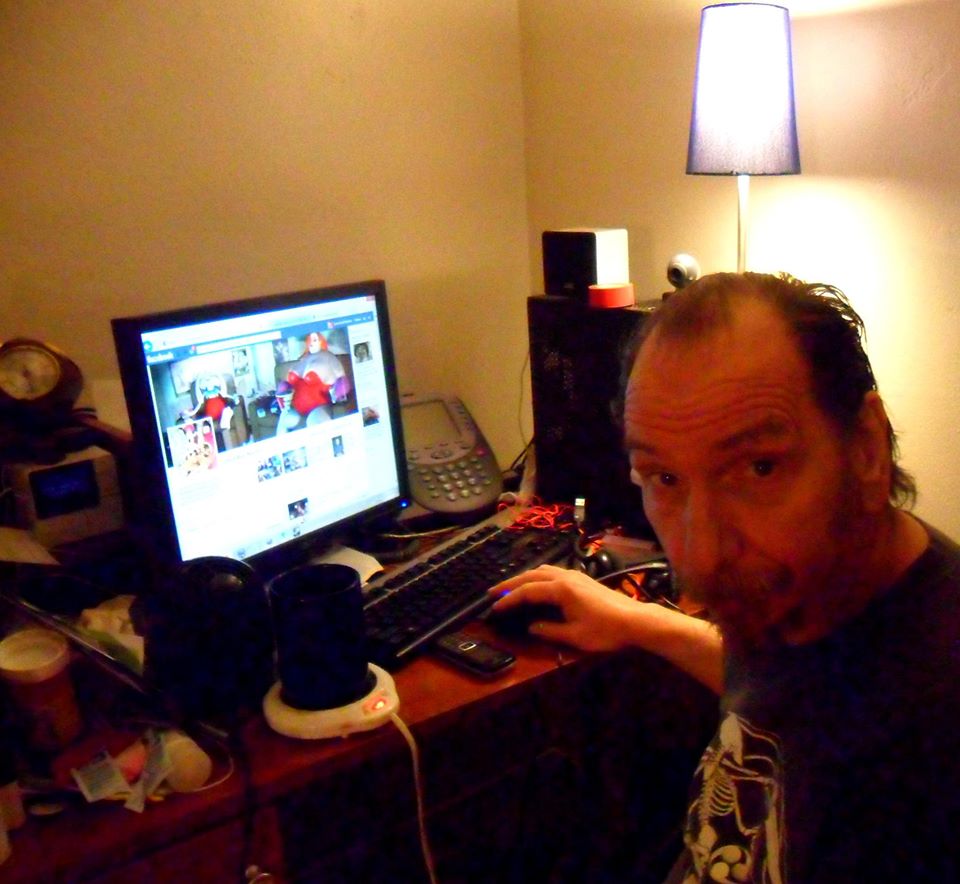 He moved to Las Vegas in the early 2000s and was working as a blackjack dealer when he was felled by a stroke in 2006. This ended his dealing career, but he was able to go on disability and went back to part-time work as a tech support rep. I encountered him on Facebook a few years ago, and it was amazing to get to interact with the man who’d been such a huge part of my teenage years. Then Uncle Bob (as I had always thought of him) had another small stroke and was in the hospital again with no insurance, and bills mounting. I am honored to say I spearheaded a GoFundMe campaign for Uncle Bob – aided by his friends Mike Hunchback and Frank Henenlotter that I’m pleased to report garnered several thousand dollars in donations that kept Uncle Bob solvent until he was able to leave the hospital. His health remained fragile, and his posts on Facebook had grown sparse – but I would always check in on his wall every few weeks, to see if he had posted something. This morning I stopped by and was devastated to see a post from his longtime partner Lily that Robert Martin had passed away on July 20th. I’m very sad that such a wonderfully quirky and creative man had to fight his own body letting him down for so long. I hope he’s at peace now. RIP Uncle Bob Martin. 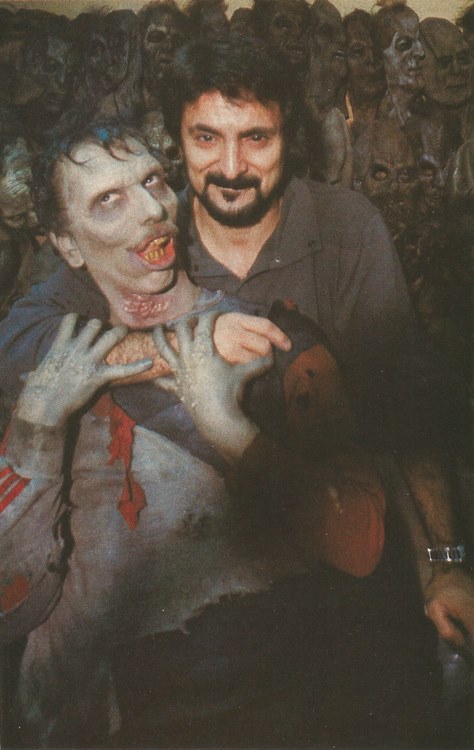