I tend to avoid falling victim to trends – not because I’m the rebellious hipster type, but because I genuinely don’t understand most of them and feel like even more of an outlier because of it. (I still don’t know what fidget spinners are and I never want to.) But this rebirth of fondness for the VHS movement and everything that comes from that beautiful ‘80s time period? Yes. It’s mine, and I want it. I want the big hair and the scrolling VHS lines and the keyboard synth and all the dumb real-world-blindness that came from kids piling into jeeps for trips to the beach or bowling alley instead of staring at the constant barrage of bad news on their phones and growing more and more despondent because of it.

This fondness for everything ‘80s began rolling in during the early 2000s with filmmakers designing throwback horror films to honor that long-lost decade of Giorgio Moroder, cocaine, and the Paramount era of FRIDAY THE 13th. Whether it was a fondness for a bygone era, or a necessary escape to a less traumatic time, who knows, but we’ve been going back in time more and more as the years bleed into each other, and that suits me just fine, being that, in case you haven’t noticed, 2020 and the several years before that have really, really sucked. 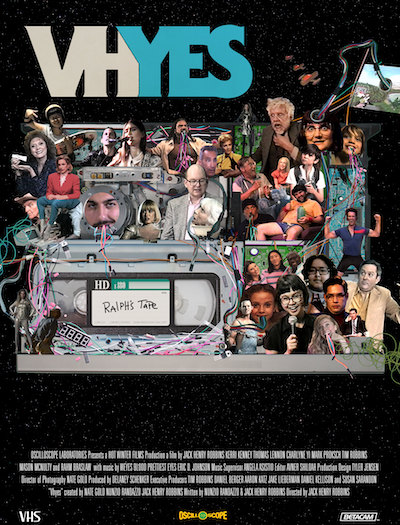 Most of this time traveling seems to have revolved around the horror genre in one way or another, be it low-budget indie films (HOUSE OF THE DEVIL, IT FOLLOWS), mainstream Netflix content (STRANGER THINGS), or the music scene, which has seen the post-Daft Punk explosion of dark-dwelling synthwave artists like Carpenter Brut, Perturbator, and Dance of the Dead. VHYES, written and directed by Jack Henry Robbins (the offspring of Tim Robbins and Susan Sarandon, who both cameo in extremely odd but hilarious ways), seems to know this. Even though VHYES is a comedy for most of its running time, there are constant bases being touched in the horror world, be it the science-fiction (and chastely presented) porn parody about three Swedish lesbian aliens, or the true-crime tale of the Witches Coven, which ended with a sorority house burning down following a mysterious event. Also, given VHYES’s presentation as a VHS tape of random television bits and camcorder hijinks being accidentally recorded over a young boy’s parents’ wedding tape, there is a “found footage” element that comes into play – subtly at first, and then much more prominently towards the conclusion of the film, at which point VHYES becomes less of an amusing, quirky, and lighthearted comedy and more of an abstract, nightmarish, and even horrific descent into pure terror and purer heartache. 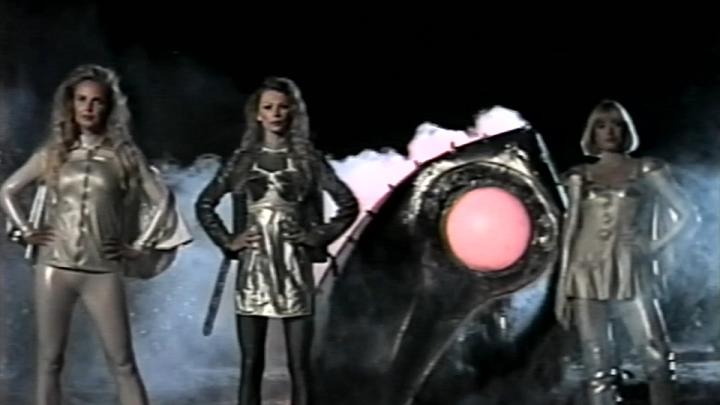 VHYES, in case you weren’t able to pick up on this, isn’t presented as a straightforward narrative, but that’s not to say there isn’t a forward-moving narrative that connects all the different skits in a meaningful way. (Said skits feature the likes of Thomas Lennon, Mark Proksch, an absolutely scene-stealing Kerri Kenney, and many more.) You’re not hit over the head with this narrative either, and that’s VHYES’s biggest accomplishment, at least from the point of view of someone who absolutely detests being spoon-fed lazy exposition by films that assume its own audience is too stupid to follow along. If your audience is perceptive enough and wants to do the work to piece it together, VHYES offers you just enough to give you a glimpse of what life and domesticity look like when people think no one is looking. If you want to get really analytical, VHYES plays out almost like a commentary on social media – a skewering of the feelings of inadequacy you feel when so many of your e-friends are purporting to lead these lives where they’re sky-diving in Hawaii and riding camels in Morocco and all the other bullshit things they’re lying about. Like social media, the characters in VHYES act a certain way when the camera is on them, but when they think it’s not, they’re lost in moments of self-reflection and existential helplessness. In the modern age, we post funny videos and memes and jokes on our social media accounts in an effort to present the illusion that everything is fine, but meanwhile, on our end of the screen that no one sees but us, we’re sobbing. In VHYES, a quick scene of a woman sitting at a breakfast nook by herself and sipping coffee while lost in some dreadful thought conveys more meaning and honesty than when that same woman is capering and grinning after she sees the little red light glowing near the camera lens. We live two lives, VHYES is saying – the one we want people to see, and the truth. 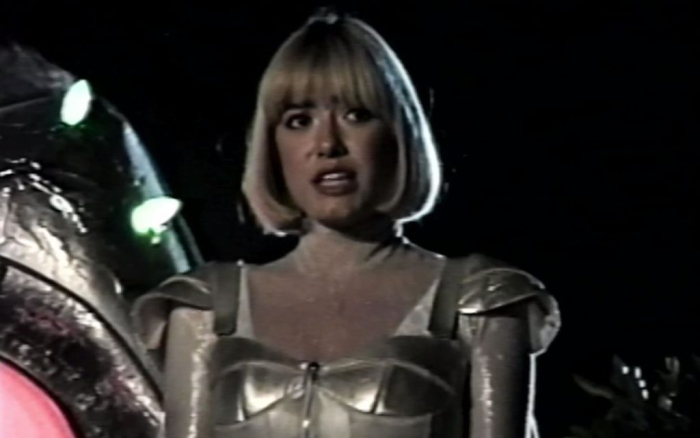 With VHSYES, your mileage with vary, as they say on Internet. For this reviewer, I laughed from beginning to end – and when I wasn’t laughing, it’s because I was lost down the unexpected rabbit hole of adolescent pain, confusion, and sometimes pure terror. Just as the film intended. 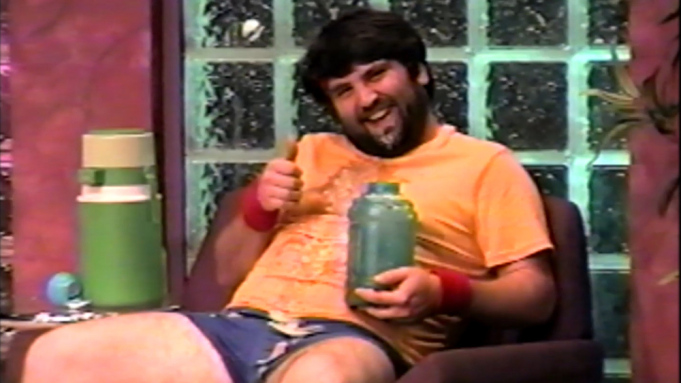 VHYES is now available on Blu-ray and DVD from Oscilloscope. I cannot recommend it enough.