Few things are as frustrating to film fans as those projects that are just *this* close to being good, but are ultimately undermined by persistent issues. If a movie is just terrible, then it’s easy to write off. If a film is great, then it’s easy to praise. But those middle of the road endeavors are always the toughest to write about, especially when they just miss the mark of being good. BAD APPLES has a lot going for it and holds a lot of promise, but is ultimately undone by some poor execution and muddled script that doesn’t quite know what it wants to be. Strong design, some fun gore effects, and two strong leading performances really push writer/director Bryan Coyne’s film to being enjoyable, but there are too many moments that fall like a thud to make it an entirely pleasant experience. 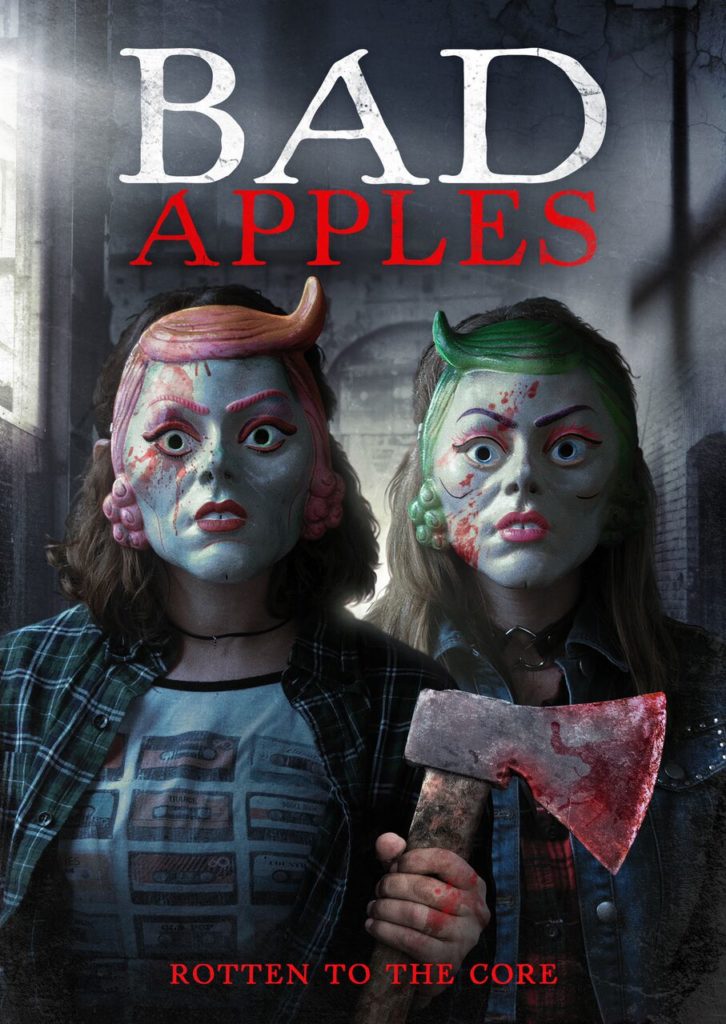 After a prologue that introduces a pregnant woman giving birth to twins after being stabbed in her apartment on Halloween night, the movie jumps forward in time to two mysterious trailer park teens that don freaky masks and decide to cause some mischief on Halloween. Meanwhile, a newly relocated couple (Brea Grant & Graham Skipper) is settling into their new home and new jobs as a teacher and nurse (respectively). She doesn’t want to celebrate Halloween, and he will be spending the night tending to various morons in the Emergency Room. After dispatching various people in the neighborhood, the two teens begin terrorizing the woman in her home, hellbent on ruining her night and her life. 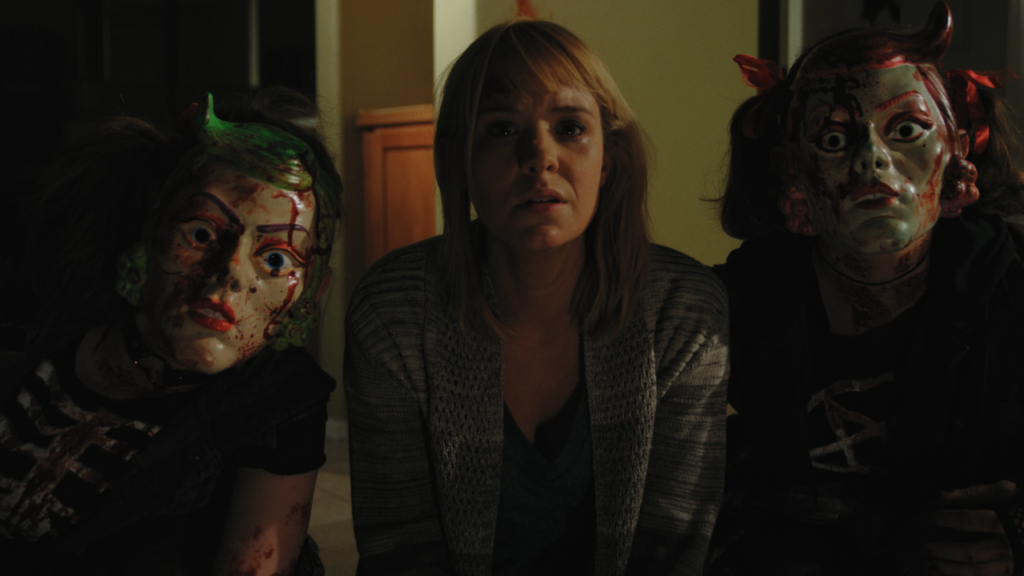 Filmmaker Coyne does a lot of things right with his second feature. The design and acting by the titular “bad apples” is the right mix of playful and menacing to create a nice creepy element that makes the unpredictable and mesmerizing to watch. While some of the f/x are a little rough, most of it is serviceable for b-grade horror film and it builds up to an excellent and grisly climactic reveal that is pretty gnarly to behold. Furthermore, the acting by Grant, Skipper, and Richard Riehle as the doomed principal are all very good and engaging. Grant and Skipper (perhaps after working together a handful of times) have an excellent sense of chemistry and their basic relationship dialogue feels natural and lived in. Coyne and his actors make you care about the characters and invested in their survival.

The problems with BAD APPLES arise on a few levels, some basic execution and some in the narrative. The issues with the film’s execution is that there are many technical mishaps—most notably a poor job with sound mixing and sound effects that are just completely missing altogether. The lighting is off in a bunch of scenes, and the cinematography (which starts off strong and ends strong) sags in the middle to be uninspired and pretty sloppy. There is also one action beat that is completely botched where Grant is fending off her attackers, and it just looks awkward and dumb and really should’ve been reshot or rethought all together. 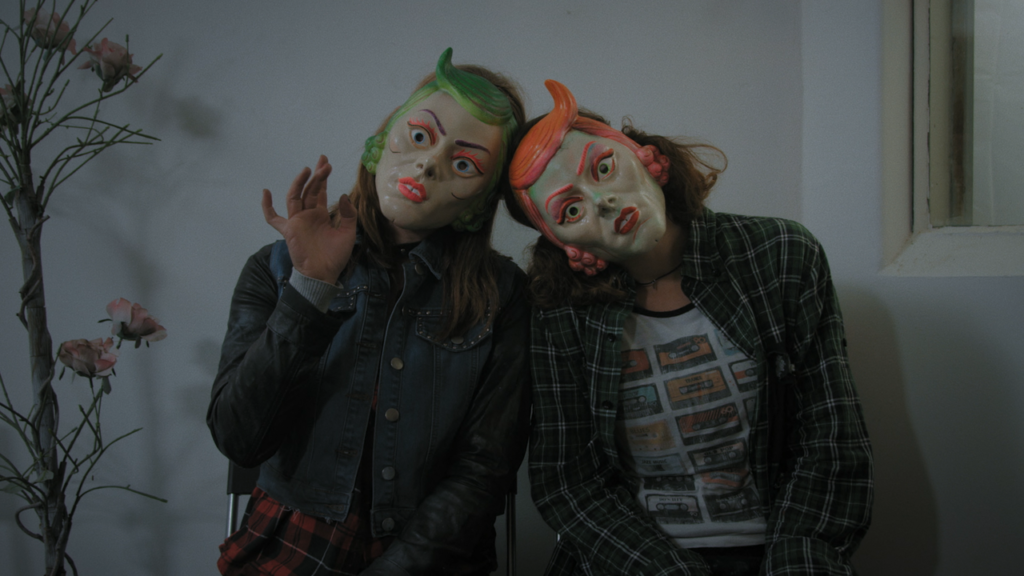 The story issues are a bit different. There’s the obvious and occasional plot holes and narrative shortcuts the film takes, but those could be overlooked if the film was a bit more fun or at least faster paced. The Bad Apples’ attack on the heroine starts off intense and creepy, but keeps switching between being a woman who will use psychology against her attackers to maybe some sort of badass final girl, and then ultimately it’s all for naught with a climax that just sort of… happens. Accompanied by great gore, sure, but there’s no real sense of pacing or direction in how the story is going. And the fact that the attack is intercut with her husband describing how they lost a baby recently, it just becomes a very difficult tonal gamut to run that is never satisfactory.

BAD APPLES is an OK-at-best movie with fun parts and inspired moments populated by strong acting and cool villains. It has a lot of flaws, both in the writing and filmmaking, but it shows promise of what Coyne could do with a bit more time and a few more revisions on the script and polish in post-production. It’s not something that can be recommended, most viewers will be disappointed by it to be honest, but it does suggest that with more experience and perhaps better collaborators, Coyne could turn in something that actually hits the mark of being good.